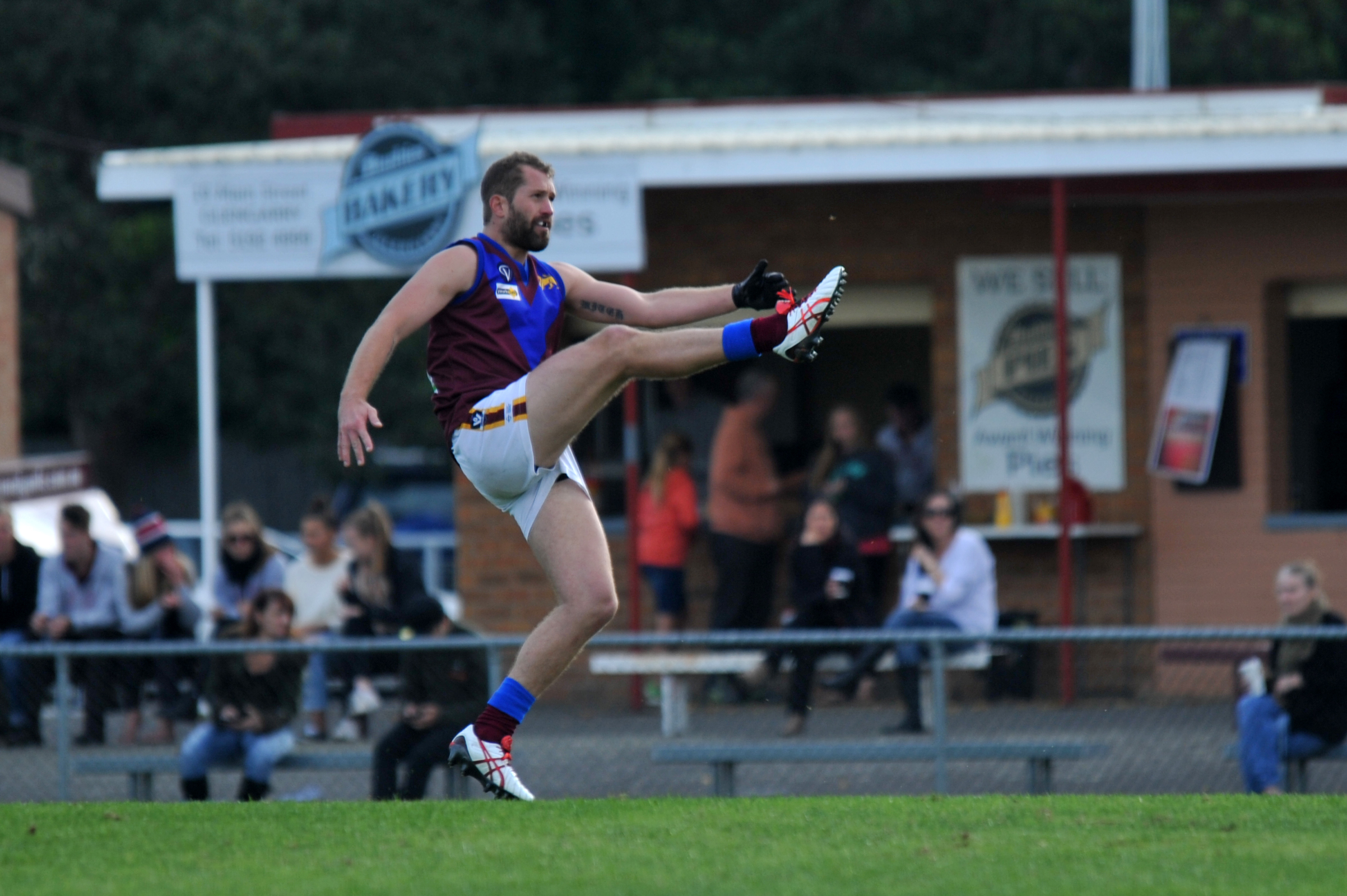 Moe produced one of the upsets of the year so far, coming from behind to record a morale-boosting win over Sale, a side that has featured deep into the finals in recent years.

“After beating Wonthaggi, it was great to get back to good form again and beat a side above us on the ladder. It will give the boys some much needed confidence,” Moe coach Adrian Burgiel said.

The match highlighted a big round eight of the Gippsland League, which wraps up today with a Queen’s Birthday clash between Traralgon and Morwell.

Led by James Blaser, the Lions turned a 20-point deficit at half-time, into a 27-point win.

“James Blaser was unbelievable all day. We were down by 20 points at half-time, probably should have been more, he (Blaser) basically kept us in the game… Tom Long did a fantastic job too on John Gooch,” Burgiel said.

The crowd got behind the home team, as it stormed to the lead in the third term and went on to kick four goals to one in the last, to take the win.

“The Moe fans were rowdy in the last half, they really got us going,” Burgiel, who kicked a bag of four, said.

Despite being without some of his best players, the man at the helm of Sale could not hide his disappointment.

“Extremely disappointed with our performance. The game was ours for the taking at half-time and we just stopped working. It seemed that we (didn’t) want it bad enough, which is surprising given spots in the top five are up for grabs,” coach Travis Ronaldson said.

“We have missed an opportunity to start climbing the ladder and now we are back to square one.”

The ladder leader Leongatha stamped its authority on the competition yet again with a 77-point win over Drouin.

Holding its opponent goalless, the Parrots stormed to a 41-point lead at quarter-time.

The Hawks managed to close the gap with a six goal to three-second quarter, and at half-time the margin was back to 25-points.

However the home team was back to its best in the third, booting eight goals to one to lead by 69-points at three-quarter-time.

“The last two weeks we have been in a winning position at three quarter time and we haven’t really nailed them… let’s make a statement,” coach Beau Vernon said during his address.

Leongatha kicked five goals to three in the last to run out a comfortable winner.

Jake Best booted a bag of seven, while Chris Verboon finished the match with six.

Four goals from Troy Harley and three in a best on ground performance from Phillip Young helped Wonthaggi to a big win over Bairnsdale.

Bouncing back from last weekend’s disappointing one-point loss to Drouin, the Power surged to an early lead and never looked back.

The home team led by 37-points at quarter-time and despite a second term lapse, bounced back to win by 78-points.

Maffra has stormed to second on the ladder with a big win over Warragul.

The Eagles hit the front early with a seven goal to two opening term.

The visitor led by 59 points at half-time and 75 at three-quarter-time, before a dominant 10-goal last term saw it run out a 126-point winner.

Darren Sheen top-scored with a bag of seven, while coach Steve Kidd led the charge for Warragul with three majors.