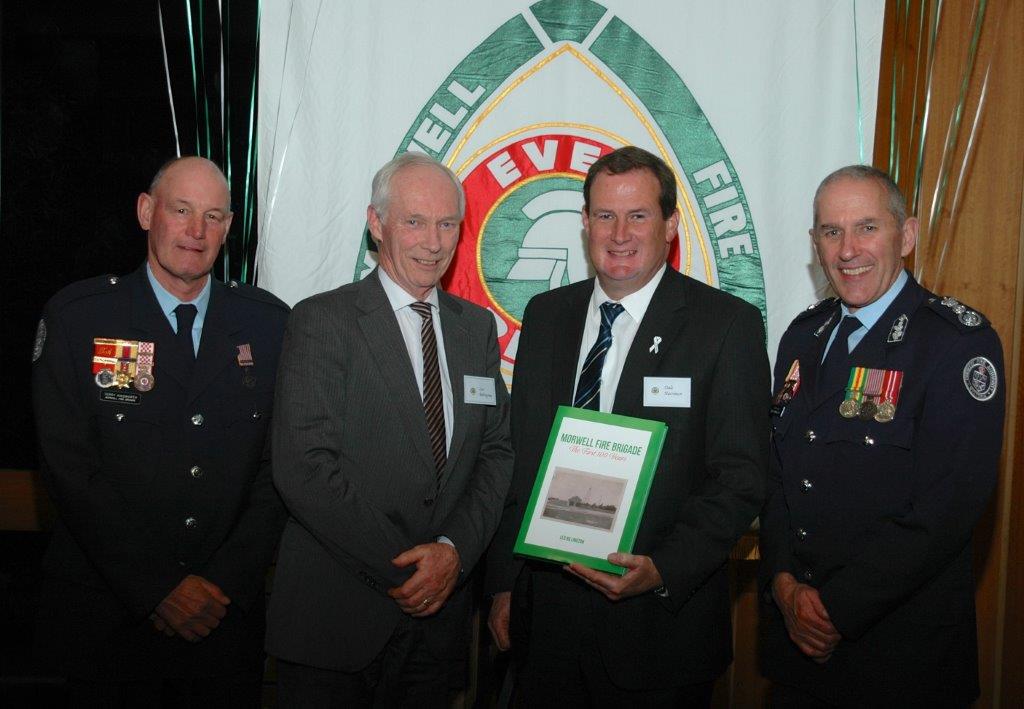 Morwell Fire Brigade’s century of service to the community was celebrated by more than 200 people at the weekend.

Brigade members, past and present, came together on Saturday to launch a book of the brigade’s official history and join the centenary celebrations.

Morwell historian and book author Leo Billington was approached to write the history about five years ago, when plans for “a big night” began.

He said the weekend, which saw former Morwell fire fighters of the 70s travel from Queensland and Victoria’s emergency management commissioner Craig Lapsley attend, was a huge success.

“They had more than 200 people in Kernot Hall who were, in a sense, very pleased with themselves,” Mr Billington said.

“No matter who was there, young or old, they were part of a 100 year-old organisation.”

Former CFA chief officer Euan Ferguson also spoke on the night, while every volunteer member was presented with a centenary medallion.

“Fifteen years is quite an achievement (and) everyone gasped; ’40 years!’,” Mr Billington said.

“(Ms Gray) started off when she was still at school; her mother used to go to these auxiliary meetings and Sheryn would go along behind.”

Auxiliary president Angela Darling also presented the brigade with a $5000 donation established through the group’s fundraising.

Morwell Fire Brigade life member Terry Ainsworth, who chaired the book committee, said the night “went off without a hitch”.

“I felt very proud to be part of the celebration,” Mr Ainsworth said.

“On behalf of the Morwell Fire Brigade, our thanks to Leo for putting the time in and writing the book, and also the committee for organising the weekend.”

Mr Billington said through his two-and-a-half years’ research and attending the weekend’s festivities, he had learnt the true value of volunteerism.

“I now fully appreciate the value of a fire brigade and the role of volunteers who work alongside the permanent fire fighters,” he said.

“I’ve never met anyone who’s turned 100, but it’s a sense of achievement to be around; if you didn’t have a fire brigade, what would you have?”