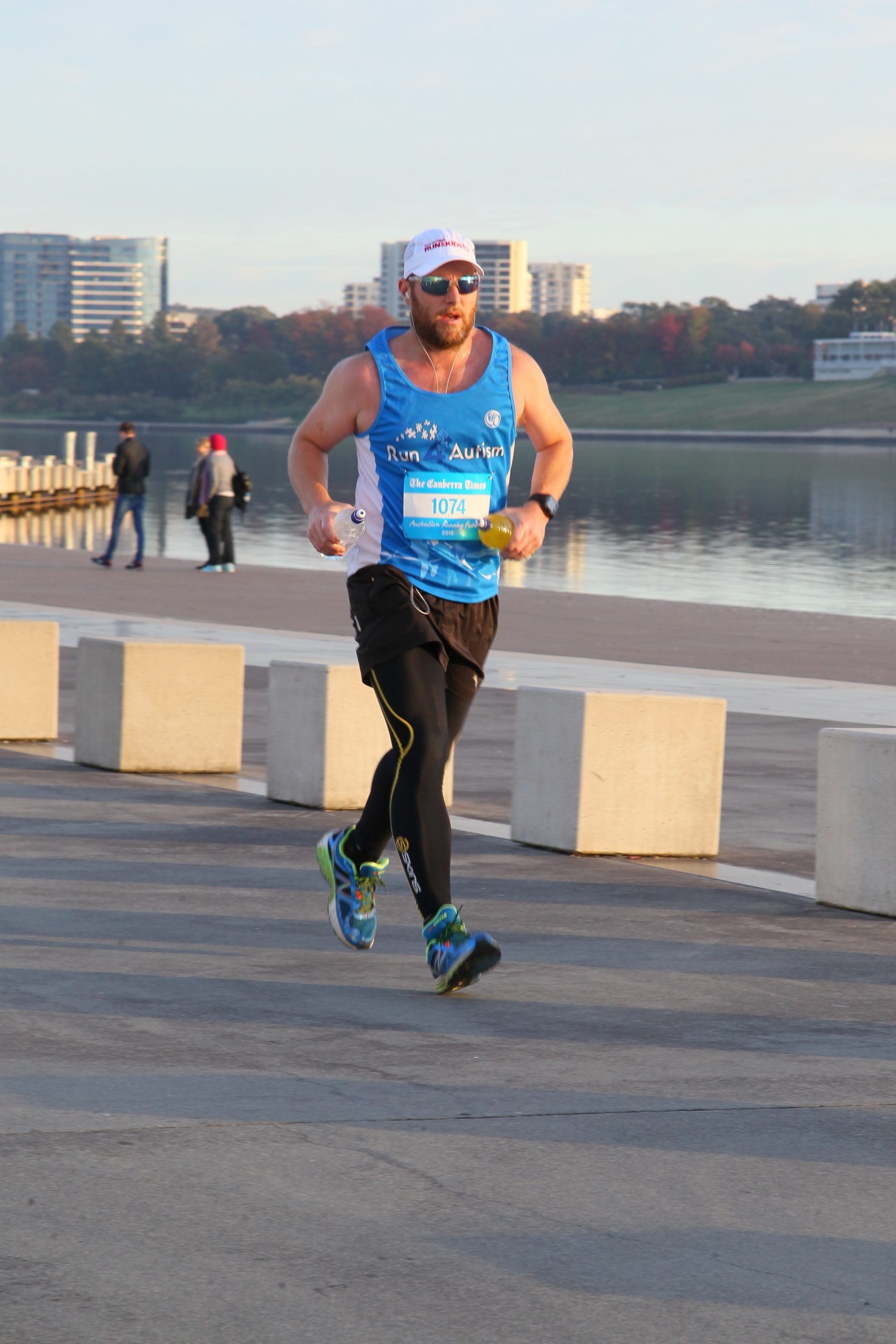 IN an effort to raise funds for Amaze – Autism Victoria, Simon Borg is completing 12 marathons in 12 months with the Run 4 Autism initiative.

Having already completed three marathons this year, the Cobram resident will compete in the Traralgon Marathon on Sunday.

“My connection with autism is my eight year-old nephew, Matthew, who was diagnosed as being on the autistic spectrum at a very young age,” Mr Borg said.

Mr Borg said Amaze had been a “massive help” to his family, providing everything from speech therapy and courses to a camp for autistic children and their families.

It was for this reason that Mr Borg wanted to find a platform to give back to the organisation.

“Before Matt we didn’t know what it (autism) was or how to deal with it and Amaze helped us with so many resources and support,” he said.

Autism Spectrum Australia states that one in 100 children have Autism Spectrum Disorder, a developmental condition characterised by impaired social communication and restricted or repetitive patterns of behaviour.

“We’ve got to be aware that people with autism don’t see the world the way we do,” Mr Borg said.

The neurodevelopmental disorder can present itself in diverse ways in different children which is why ASD is described as being on a spectrum.

With nine more marathons scheduled for the remainder of 2015, the 35 year-old had only ever entered one marathon prior to this year.

“Training was intense at the start. Usually you put a lot of space in between marathons but for most of mine there is only two to three weeks in between,” Mr Borg said.

“As long as I can keep my legs going through the week I try to run 25 to 30 kilometres on weekends.”

Despite various injuries including tendonitis in his foot from overuse, Mr Borg hopes to raise $20,000 for Amaze through the Run 4 Autism campaign as well as various other fundraising events he will hold later on in the year.