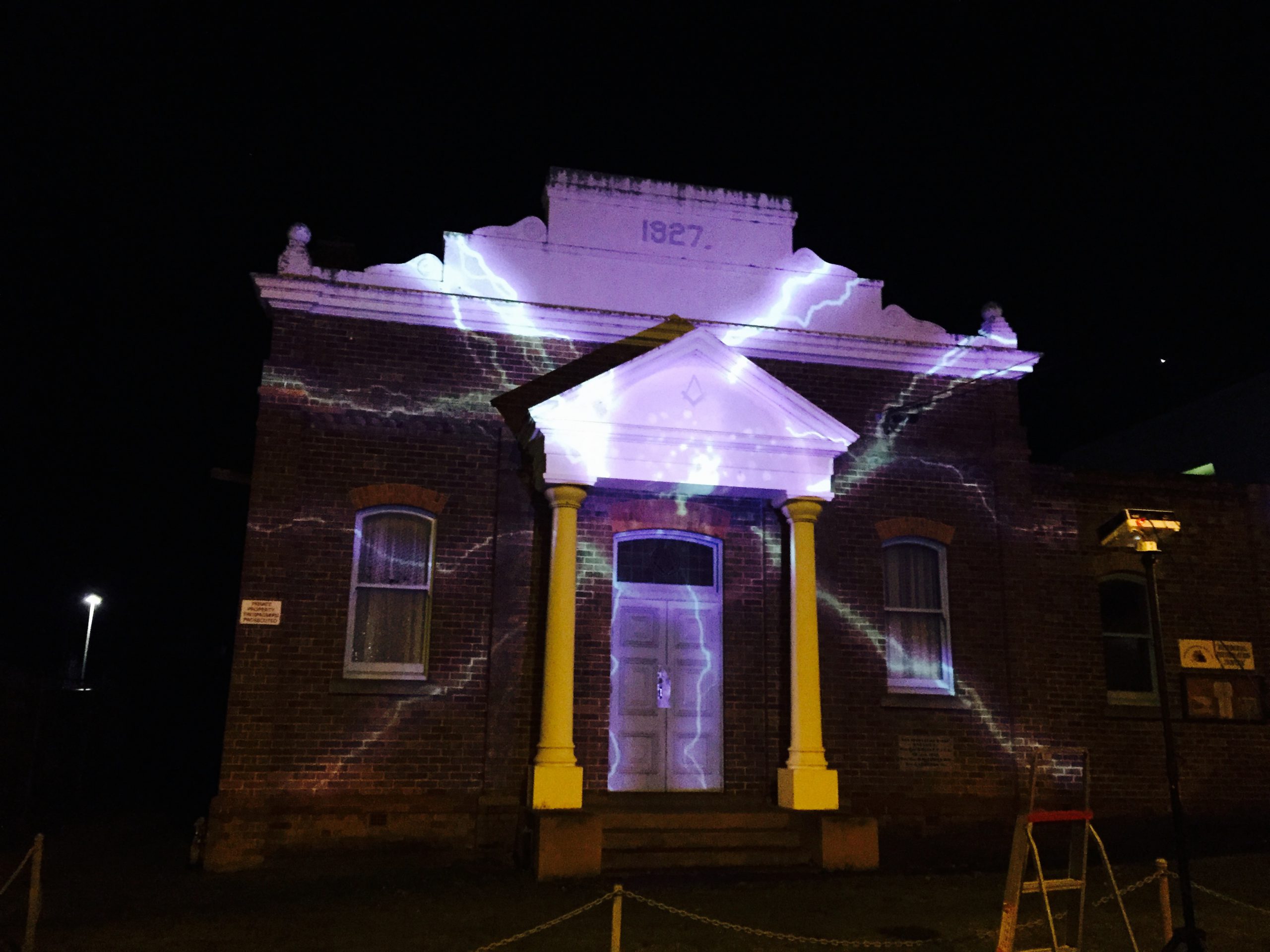 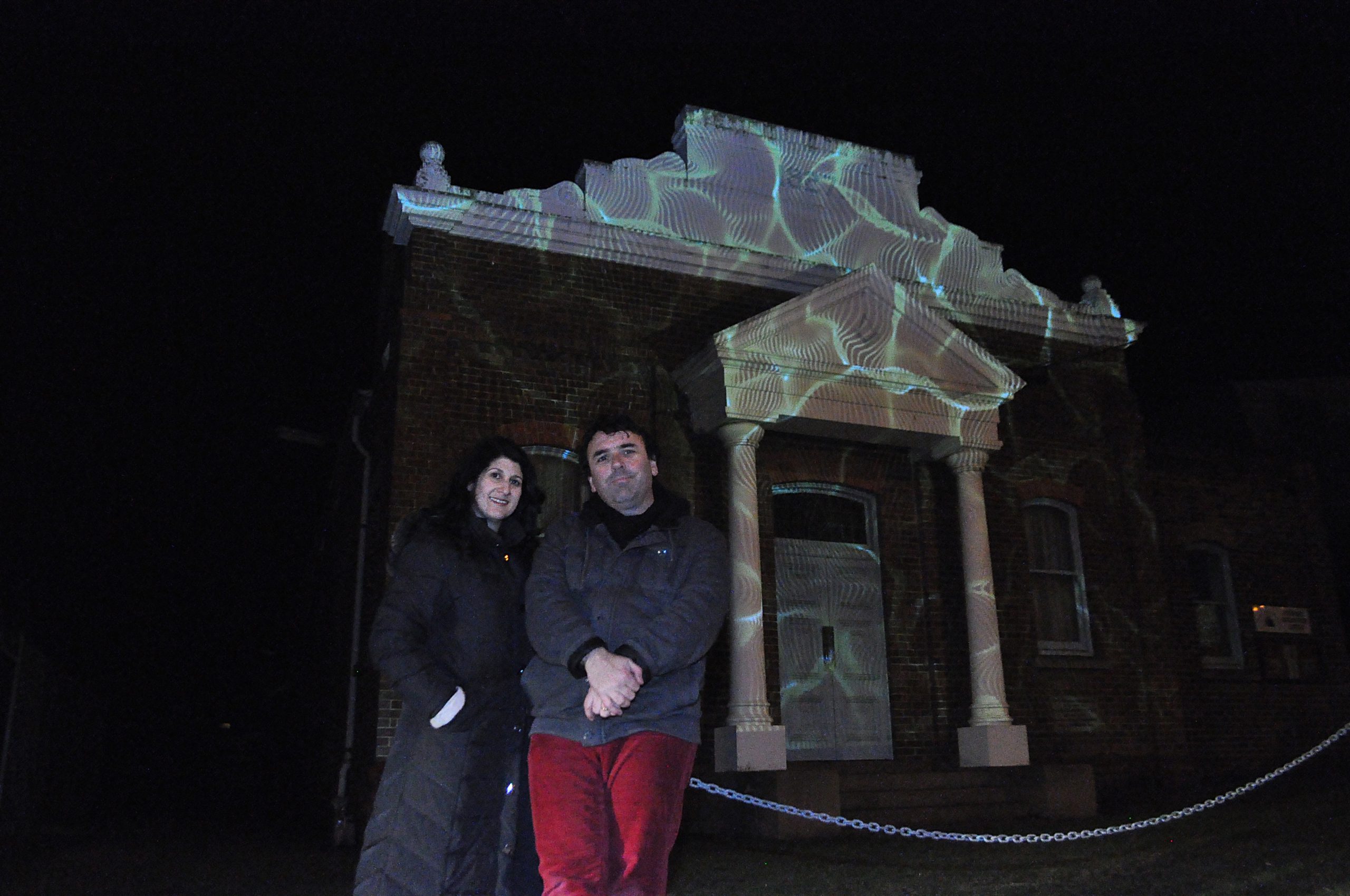 USUALLY a quiet and contemplative space to reflect on art, Latrobe Regional Gallery will take on a new dimension as night falls this Friday.

As part of the ReActivate Latrobe Winter Night Festival, the Morwell gallery will offer ‘back of house’ tours of the gallery’s 1500-work collection preserved behind the white-walled exterior.

She said this included conservation efforts, including how art works were stored and catalogued to ensure they last for future generations.

This includes drawing in the ‘Radicals, Slayers and Villains’ print exhibition, optical-illusion artwork and a photo booth.

Ms McDermott said the night created a different “vibe” in the gallery and was more accessible for those that had perhaps spent little time in the space.

The Winter Night Festival, running the length of Commercial Road and Tarwin Street in Morwell, will run from 4pm to 10pm tomorrow.

It will feature local musicians such as the Strzelecki Stringbusters, a showcase of stalls and local enterprises, artisan foods, artists, performers in shop windows and community groups from around the region.

Traralgon’s VRI Hall at Queens Parade will also host light projections and music performances on Saturday from 1pm to 10pm.

A night of light

THOSE passing by the historic Masonic Lodge in Morwell tomorrow night might wonder if the 1927 building has “come alive”.

Traralgon artists Eloisa Tripodi and Dan Clancy are among projection artists who will illuminate buildings in the central business district as part of ReActivate Latrobe Winter Night Festival.

Using projection mapping at the Hazelwood Road building, the artists have created interactive sound and light animation that will seek audience participation.

Tap a xylophone with a hammer and musical notes will appear on the brick building.

Blow soap bubbles to see animated bubbles floating through the interior of the building.

Ask the building a question, and one of its inhabitants, Member for Morwell Russell Northe or Latrobe City mayor Dale Harriman, will answer.

“It’s almost like animation, you’re projecting the image of the building back on to the building and manipulating what it looks like,” artist Dan Clancy said.

“Our project is interactive, not a static display like many have seen at White Night in Melbourne. The audience can tell the building how to feel or react.”

In preparation for the performance, Mr Clancy and Ms Tripodi have spent nights in the “freezing cold” experimenting and testing the light projections.

Mr Clancy said the lodge was the best building for light projection mapping and hoped residents would walk down from the market at Tarwin Street to visit the building and nearby Latrobe Regional Gallery.

“It’s a live performance and will react to our audience as well. If the audience wants to participate they can, but they don’t have to and can still enjoy the sound and light show.”