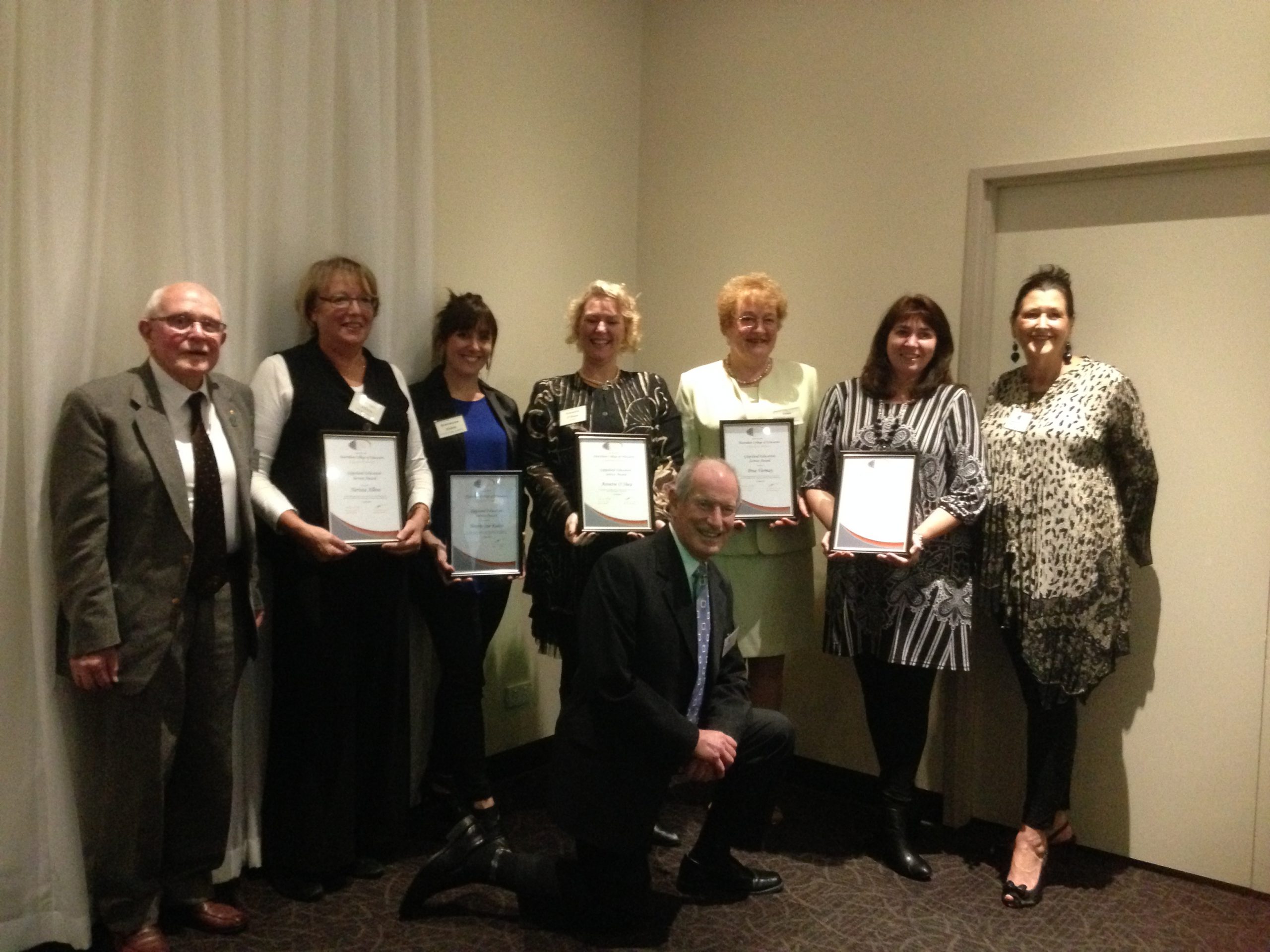 Five educators across Gippsland have been recognised for their outstanding work in drama, with the Australian College of Educators awarding them for their efforts.

On 17 June about 40 people attended the ACE Gippsland region awards ceremony at the Morwell RSL, where each recipient received a certificate and honourable citation.

ACE Gippsland secretary and treasurer Keith Brownbill said since the awards began in 1993, about 100 people had been honoured for their work in education.

“It’s a very significant honour to be recognised by an organisation such as the Australian College of Educators,” Mr Brownbill said.

“(It) has high standing in education circles throughout Australia and the world.”

Moe Arts Council – MoArtz member Annette O’Shea was one of this year’s recipients, and said she felt “chuffed” to hear she had been nominated.

“I always strive to involve our youth in our productions, so to be nominated for an award is very exciting,” Ms O’Shea said.

Ms O’Shea, a member of MoArtz for about nine years, said she appreciated learning about other drama educators working with youth in Gippsland.