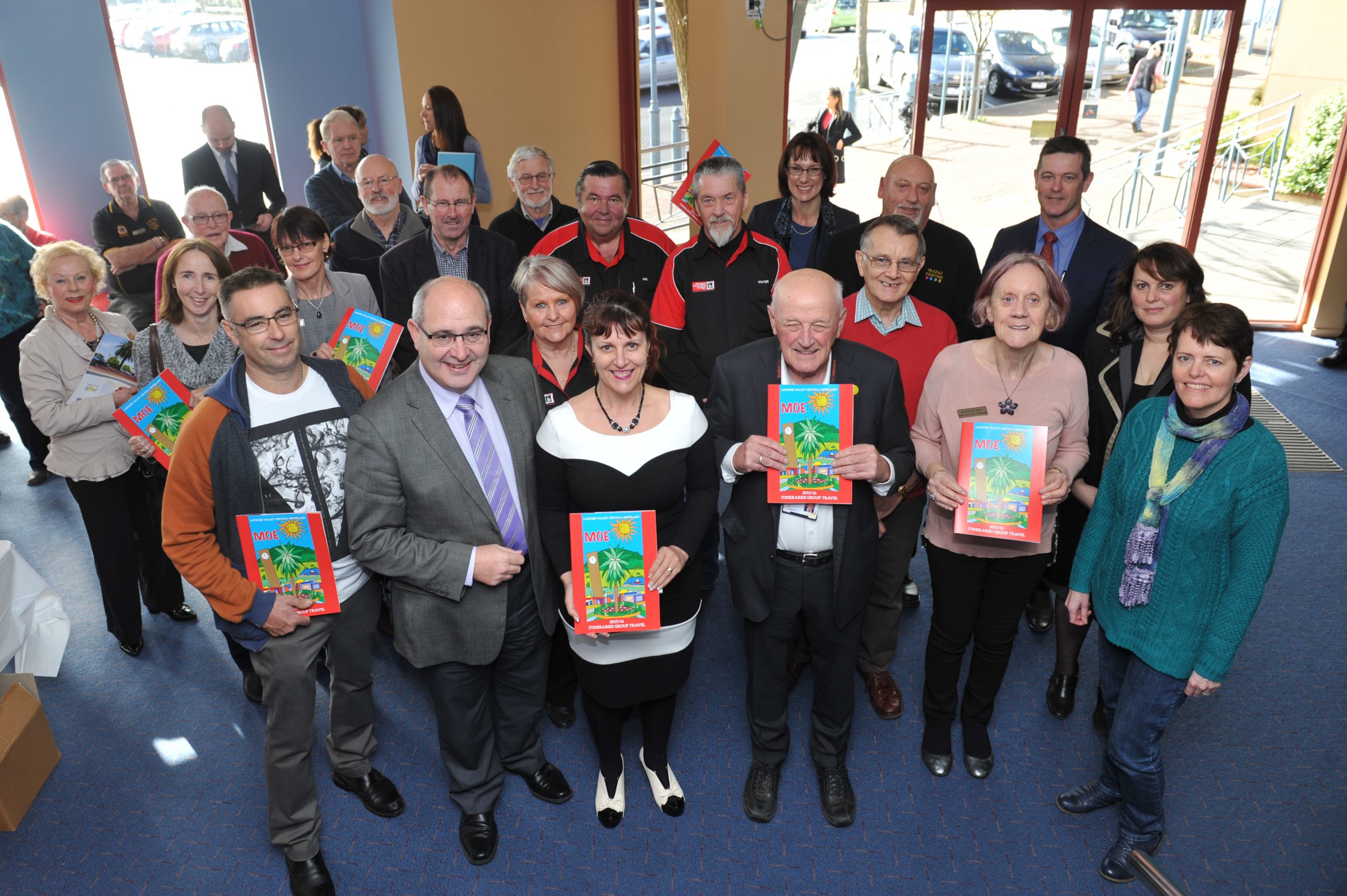 Visitors from Melbourne and across the state can plan their trip to Moe and the Latrobe Valley with a new planning guide launched on Friday.

The 19-page guide, packed with multi-day itinerary suggestions, is the product of months of hard work by Make Moe Glow and Latrobe City Council, with the cooperation of local businesses and groups.

Make Moe Glow president Marilyn May said after the success of a Moe brochure launched last June, she and other members started to think about what else they could do to attract tourists to the region.

“What we’re hoping to achieve is to get more people to come to Moe and stay here and experience not only our town, but the whole region,” Ms May said.

The booklet includes three-night itineraries with multiple options for each of the four seasons, contact details for all businesses featured and a list of transport companies.

Councillor Sharon Gibson said it was a great way to showcase the area to visitors, but hoped it also encouraged locals to explore their own region.

“Because we live in this town we forget what we actually have here. This reminds us of exactly what we have in our backyard,” Cr Gibson said.

Ms May said the planning guide would be sent electronically to a variety of tourism and transport companies, and about 1000 hard copies would also be printed and distributed.

She thanked the attendees of the midday launch, including Latrobe City councillors, local members of parliament and those who had helped with the project.

“We’re so pleased. This has been months in the making and the support and response that we’ve had has been amazing,” Ms May said.

“I’ve got to thank Linda Brock and the team from the Latrobe City visitor centre, (council’s) Sophie Morell and Steve Piasente, Sharon Anderson, who did the front cover art, and Pazzaz Printing.

“It just goes to show that when you work as a team you can achieve anything.”