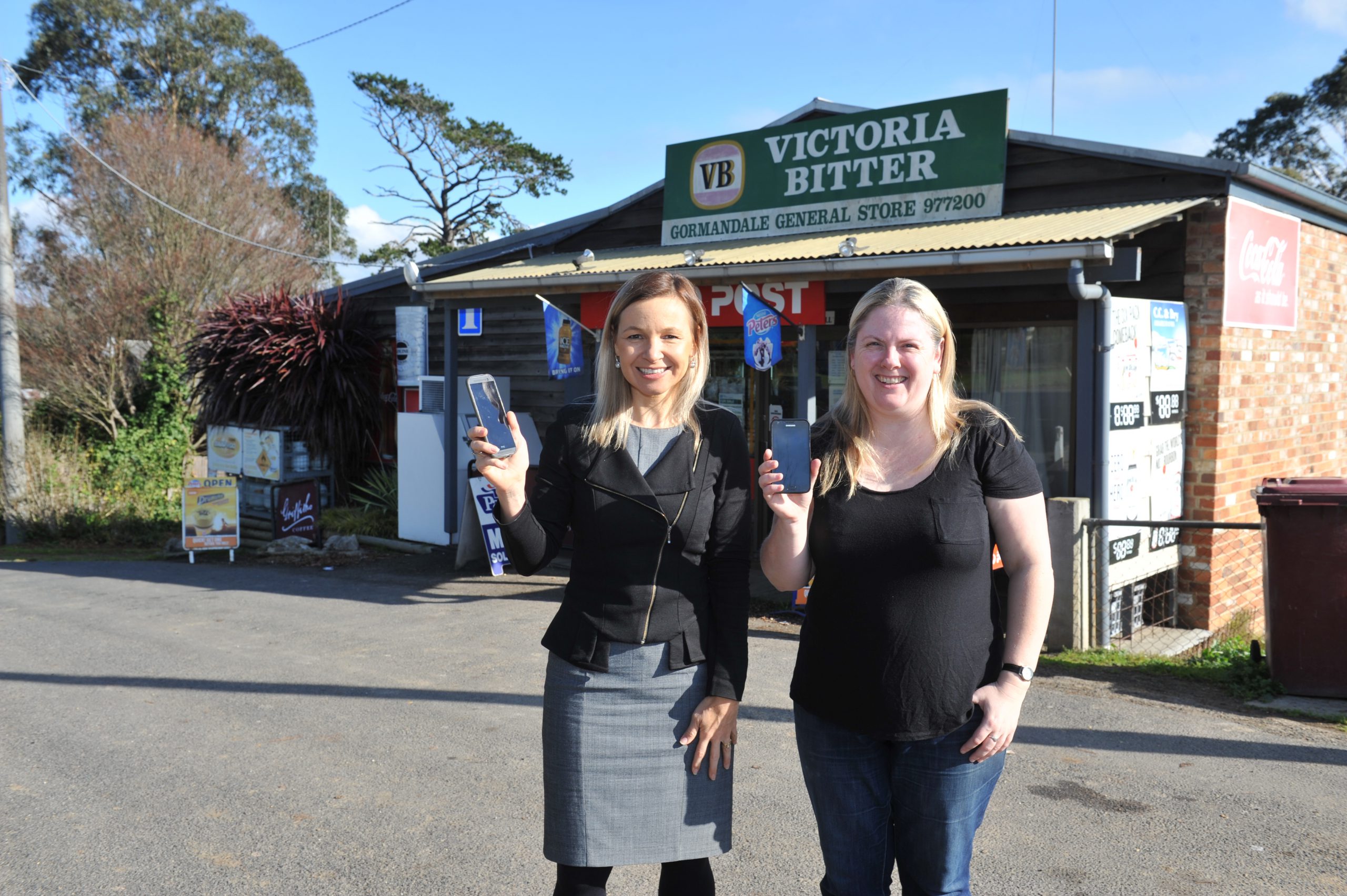 Last week the Federal Government announced the successful applicants for round one of the national Mobile Black Spot Program, with 499 new and upgraded telecommunications towers to be built.

Two of the additional 21 mobile base stations in Gippsland will be located in Carrujung Lower and Gormandale, which Gormandale General Store’s staff have been rallying for some time.

Shelley Pisquill, who helps her mother run the general store, said customers came in on an almost daily basis complaining about poor reception.

“We have customers coming in all the time complaining they’re lost, they can’t get mobile phone coverage and they struggle,” Ms Pisquill said.

“I have to go out in a specific corner at the back of the house to call someone.

“And our eftpos machine runs very slow, because it hooks into mobile range.”

She said she felt “very excited” to hear Gormandale was one of the first round’s selected locations.

“Gormandale is so excited, (because) we are going to get more towers and hopefully it won’t be a black spot anymore,” she said.

“Hopefully we have good mobile coverage out here and eventually we also hope to have better internet access.”

“In one of the locations such as Gormandale, people’s concerns in the past have been around safety along the Hyland Highway,” Ms Willaton said.

“It is quite an isolated road, (so) in an event of an accident (travellers) wouldn’t be able to call anyone in an emergency.

“This will support and improve confidence when travelling along that road.”

The first mobile base stations will be rolled out by the end of the year, as determined by the successful mobile network operators, Telstra and Vodafone.

Round two funding will be available from 1 July next year, with the rollout to continue until 2018.