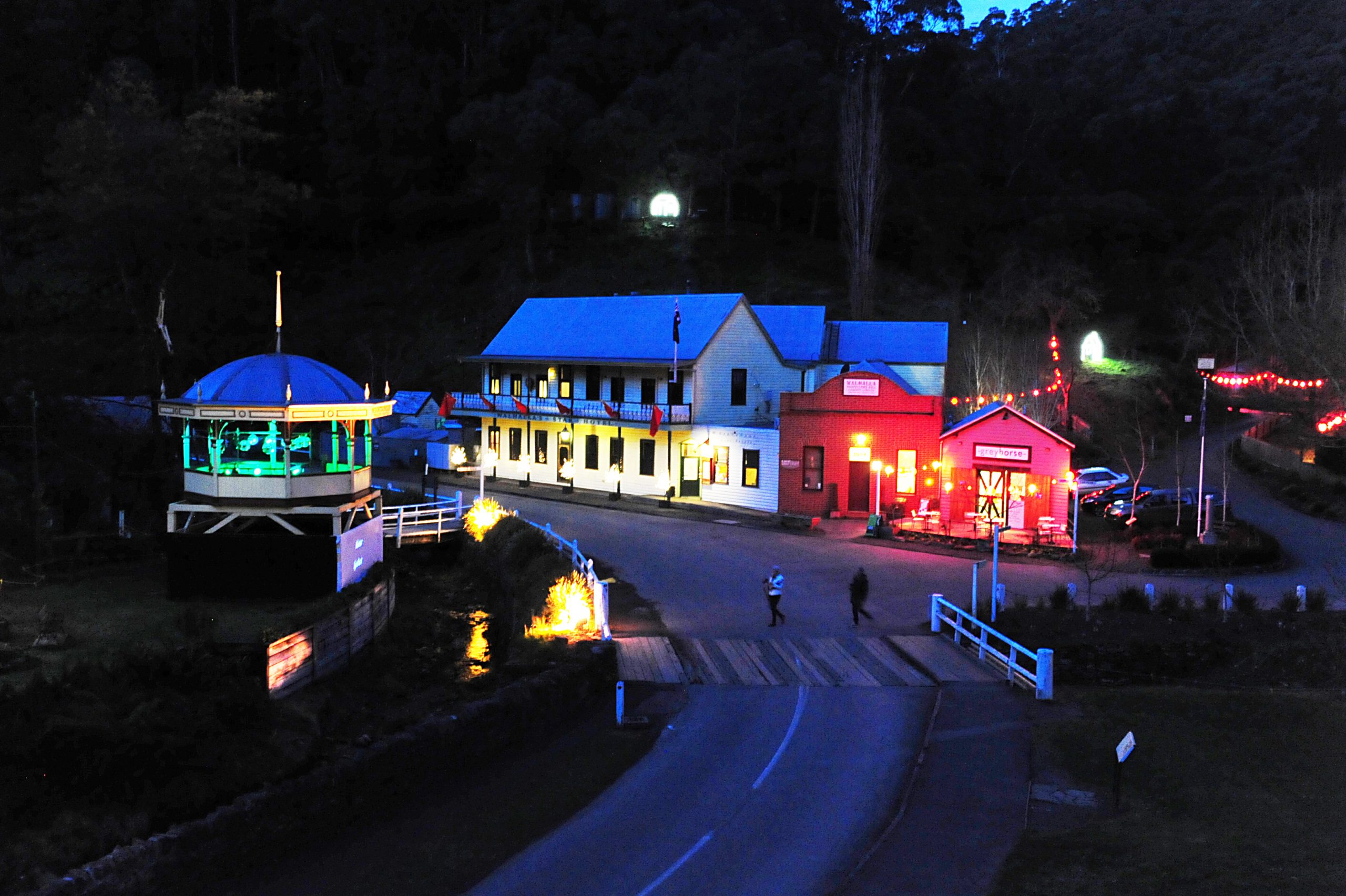 THE Walhalla hills will come alive next month when the town celebrates its fifth annual Vinter Ljusfest with a ‘Sound of Music’ theme.

Doubt was cast over the festival’s future earlier this year, as organisers waited anxiously to find out whether the event had gained the government funding it needed to go ahead.

Last week the State Government announced $3000 for the festival.

Light trains, ghost tours, singing groups and a re-creation of the iconic ‘high on the hill’ puppet show from the classic musical are among this year’s features.

As usual, the town’s historic buildings will be illuminated with bright colours.

“We appreciate everyone coming up and seeing Walhalla in a totally different way,” Mr Leaney said.

“Feedback from people has been how they’ve really appreciated having a night out at minimal cost to them.

“To me, there is a social dividend with it.”

Mr Leaney thanked the government for its contribution, but reiterated there was a need for consistent tourism funding.

Walhalla received one of 19 grants awarded across the state under the government’s Country Victoria Events Program for small-scale events. Member for Eastern Victoria Harriet Shing encouraged everyone to go along to the Vinter Ljusfest.

“Events like these keep our local economy strong. They bring visitors to our region, keeping our motels, shops and cafes busy – and that means jobs,” Ms Shing said.

Train rides should be pre-booked.