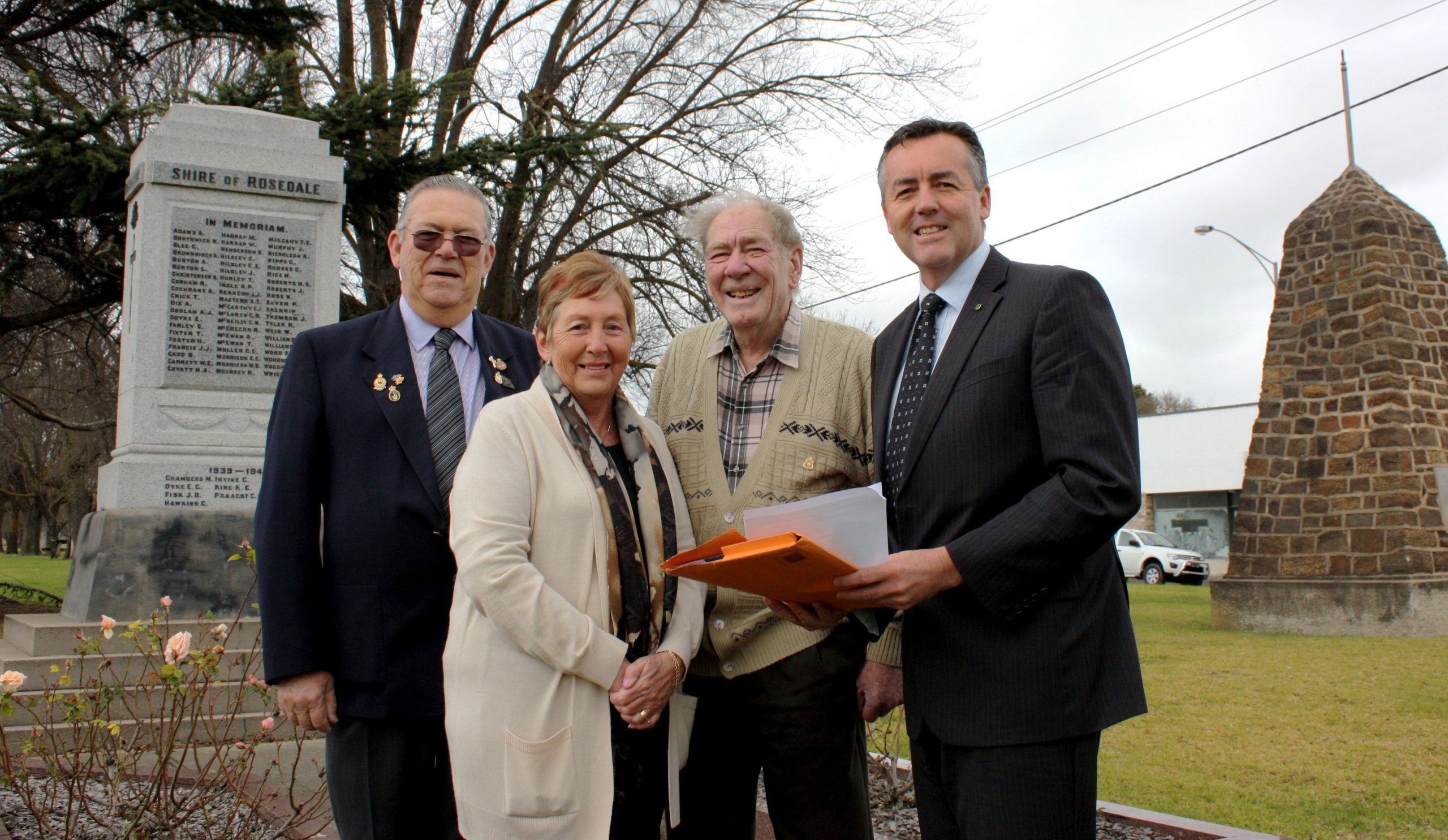 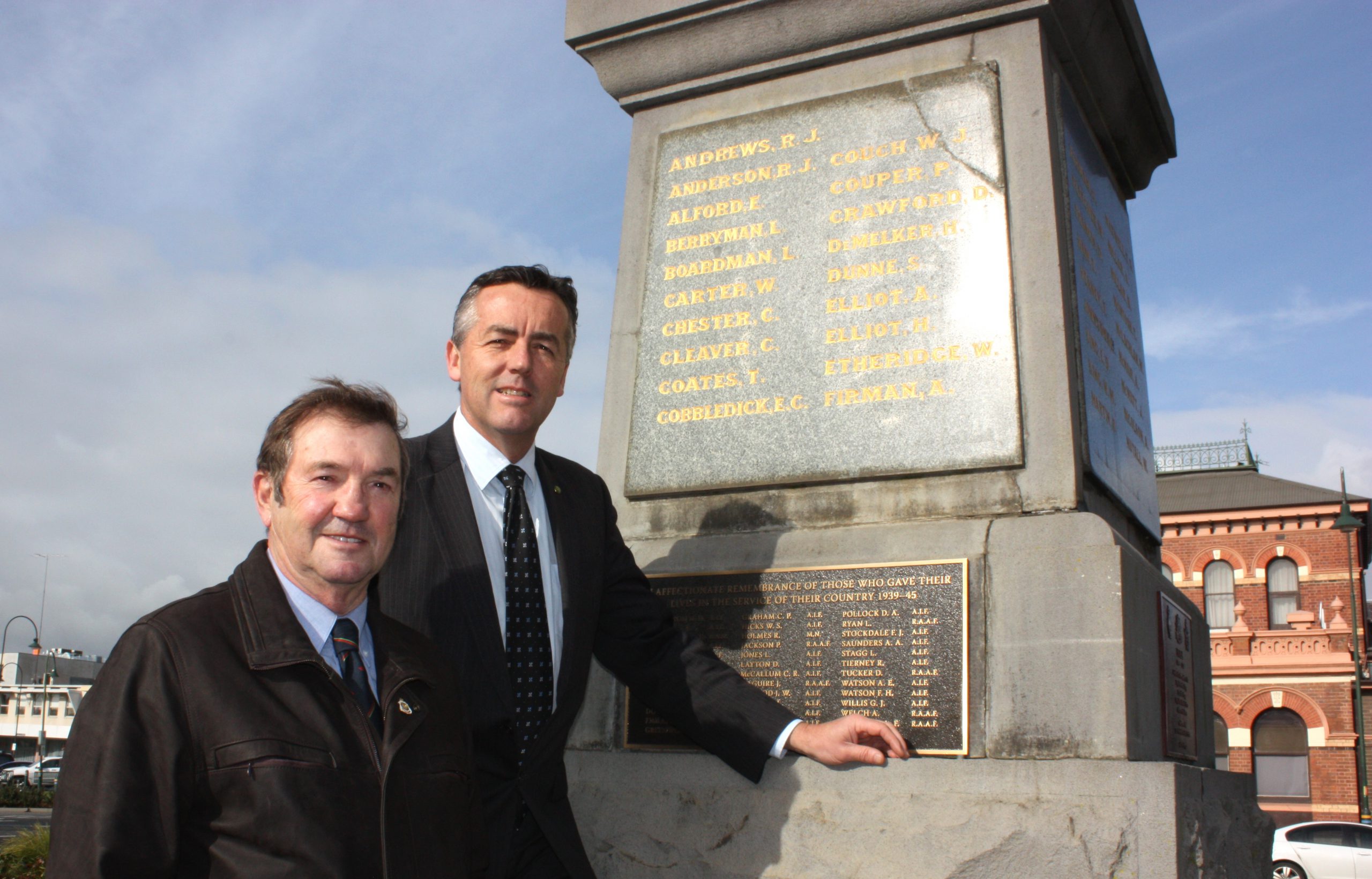 CENOTAPHS in Traralgon, Rosedale and Glengarry will be restored and have Centenary of Anzac plaques installed thanks to Federal Government funding.

Federal Member for Gippsland Darren Chester announced $9000 to repair some emerging cracks in the cenotaphs and add commemorative plaques.

Mr Chester said the Traralgon RSL had also discovered some names were missing from the original honour roll and would rectify that during the repairs.

Rosedale RSL will receive $3700 to maintain the structural integrity of the cenotaph.

Rosedale RSL president Bob Newton said the sub-branch has worked hard for the community since its recent reformation.

“Although officially only receiving our charter in February this year, the members have been busy not only in raising funds for use on veteran and dependants’ welfare, but also in building up the branch finances for necessary repairs planned for both the RSL hall and the Cenotaph,” Mr Newton said.

“This federal grant is much appreciated in assisting us in achieving part of those aims.”

The funding has been provided through the government’s Saluting Their Service program to promote appreciation and understanding of what servicemen and women contributed to the nation.

“The program is designed to preserve our wartime heritage and to involve people in a wide range of activities and projects,” Mr Chester said.