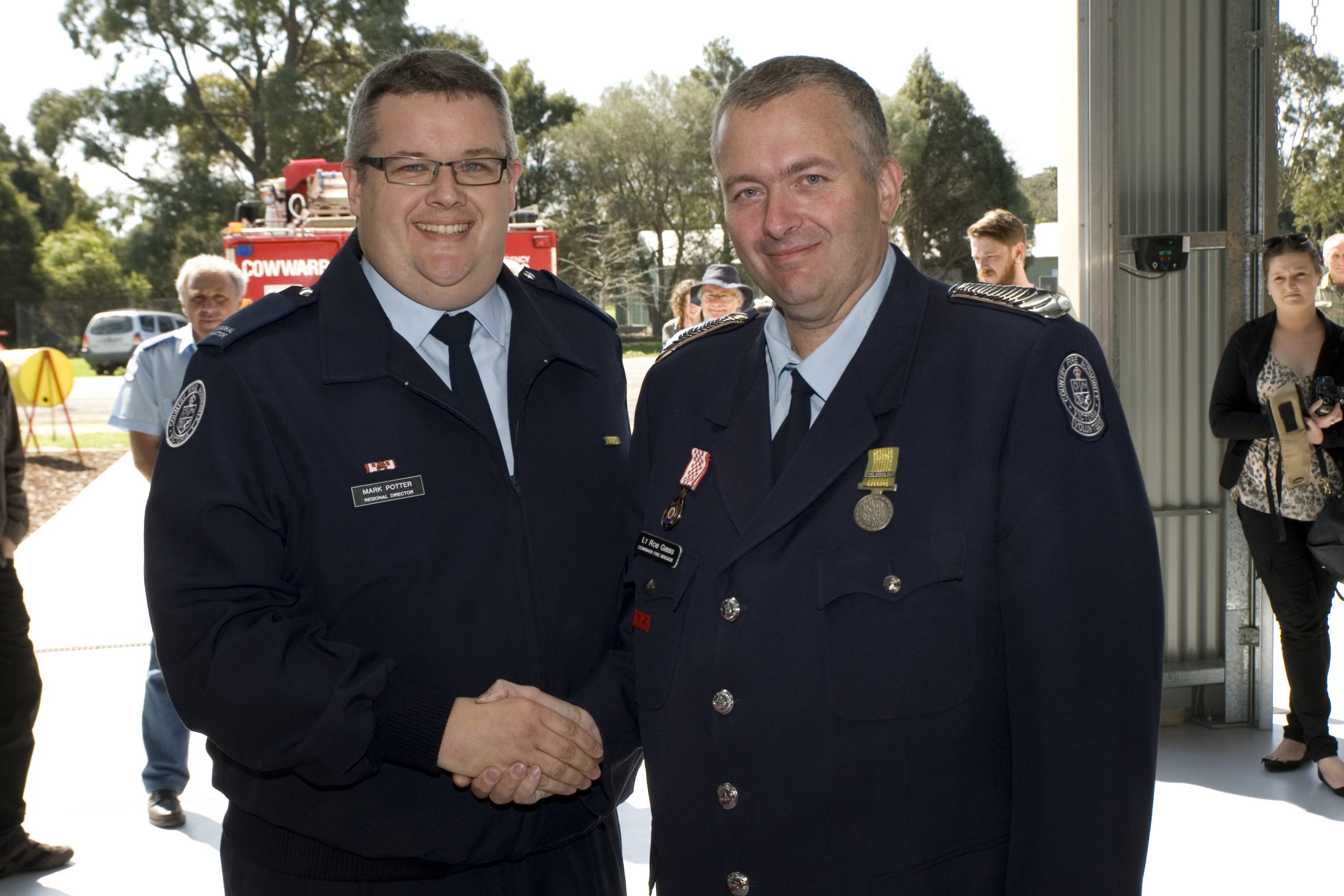 The Victorian firefighting community is getting behind a Cowwarr CFA volunteer recently diagnosed with leukaemia, amid claims of the cancer’s link to smoke exposure during the Hazelwood mine fire.

The diagnosis of Rob Gibbs, 44, gained statewide notoriety on Tuesday after he spoke on 3AW mornings with Neil Mitchell, claiming his chronic myeloid leukaemia could have been caused by acute smoke exposure fighting last year’s coal mine fire – 15 months ago.

Speaking to The Express ahead of an oncology appointment yesterday morning, Mr Gibbs said he went public with the claim after his doctor said CML could be caused by acute exposure to benzene – a component of coal smoke.

However, Cancer Council Australia’s occupational and environmental risk committee chair Terry Slevin has been more cautious about any causal link between benzene and CML.

“Benzene does cause some forms of leukaemia but has not been shown to cause CML. No one can know for certain if this specific exposure contributed to this cancer – but based on what we know, it would seem unlikely,” Mr Slevin said.

“The period between exposure and occurrence of most cancers is usually more like decades than months, although it might be shorter with blood cell cancers like CML.”

Heavily involved in the first few days of the Hazelwood firefight, Mr Gibbs said he spent a 12-hour period protecting generators at the base of the mine without breathing apparatus.

“On the first day we were in the hole all day and did not come out, we were protecting the generator feeding the pumps, which we needed to fight the fire,” Mr Gibbs said.

“We only had one carbon monoxide monitor between five of us, it was not right. It’s like sending a copper (a policeman) in to a procedure without a firearm.”

Mr Gibbs said while he experienced “eye problems” in the month after his involvement with the Hazelwood blaze, he said he really did not notice any other side affects.

“I went in for a check-up three weeks ago and they dropped the bombshell on me and said ‘guess what son, you’ve got leukaemia’,” Mr Gibbs said.

“I can manage it with medication for the rest of life providing I can take pills every day. I’m smashed, physically and mentally fatigued at the moment. It’s devastating news.”

“I haven’t been anywhere else with the possibility of such high density readings – I don’t fight chemical plants with that much high contact with chemical,” he said.

“I just want all the MFB and CFA boys that came in there, I want them all checked out, and not just tested once, but I want help in place over the next two or three years.”

However, Mr Slevin moved to quell the need for widespread alarm among Hazelwood fire veterans as a result of Mr Gibbs’ diagnosis.

“The suggestion that everyone go out and be tested instantly for CML really isn’t there because there isn’t any such test for early signs of CML,” Mr Slevin said.

“Cancer is the disease that most frightens people, and there is research that shows this. It would be terrible to create a pall over their lives when the prospects of a number of people following in his footsteps are very slim.

“It could very well have been a blood-born leukaemia that has had a fast reacting effect, but in relation to this case it’s impossible for me to comment.”

Unable to comment on benzene levels in the mine fire, United Firefighters Union national secretary Peter Marshall said he harboured large concerns generally for the health of firefighters through prolonged exposure to structural fires.

“Benzene is in every house fire. As to the levels that were present down there in the mine I’m not sure, but Rob has been a firefighter for 11 years,” Mr Marshall said.

“On top of Hazelwood he would’ve definitely had exposure before, and Hazelwood might’ve been the one that tipped it over.”

“The welfare of our members is CFA’s highest priority. All CFA members have access to a range of support services such as medical, psychological and financial support where appropriate,” Mr Wootten said.

“Firefighters involved in the Hazelwood mine fire were subject to rigorous health monitoring throughout the incident, including carbon monoxide monitoring.