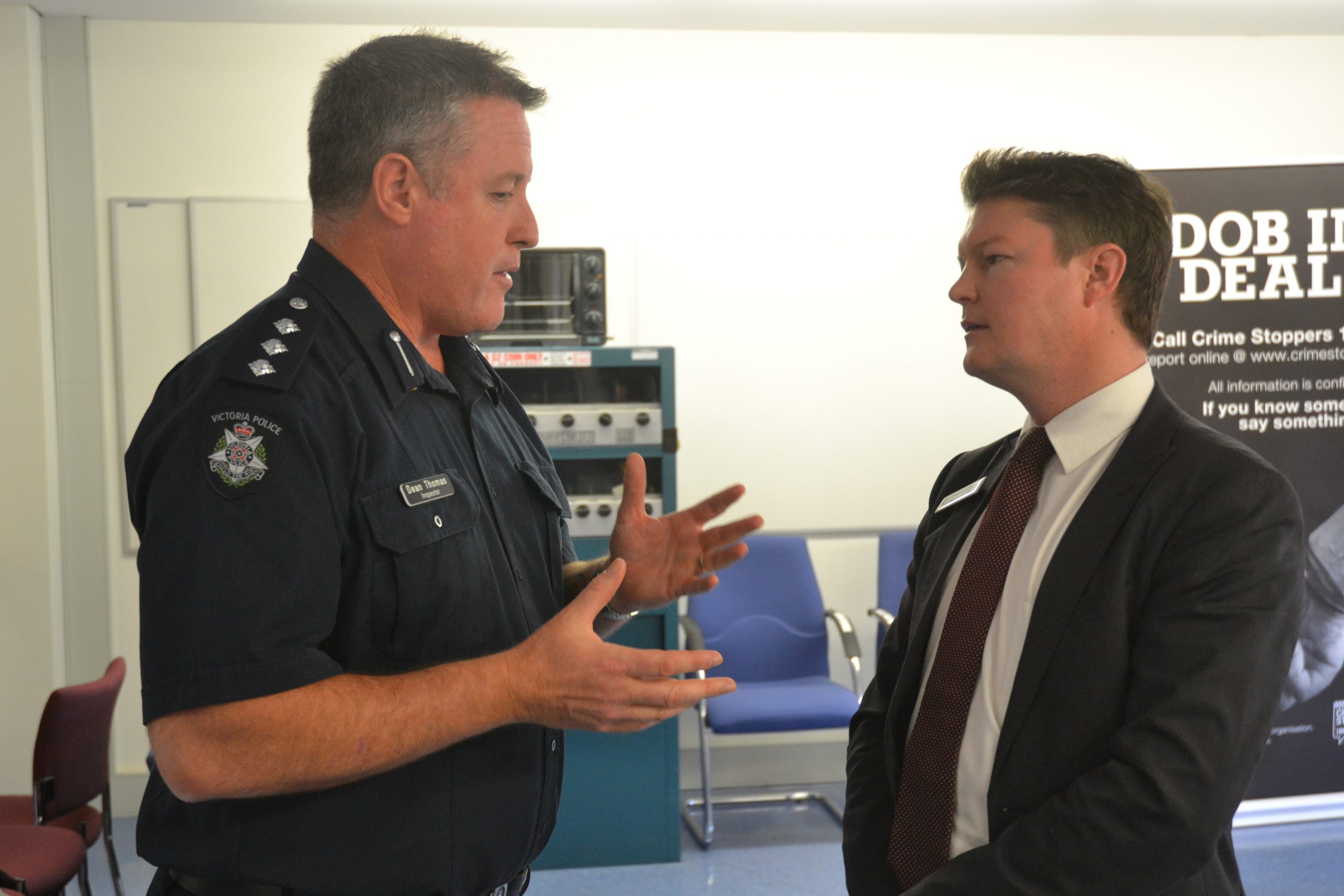 Latrobe police hope to replicate a 263 per cent spike in ‘ice’ tip offs experienced earlier this year, through the relaunch of the ‘Dob in a Dealer’ campaign in Traralgon this week.

Reporting interim successes in the fight against the manufacture and sale of crystal methamphetamine, Latrobe Inspector Dean Thomas said police still needed the public’s help in tackling the ice problem, which has seen organised crime activity pervade into the region.

“Ice is definitely being moved and manufactured across Gippsland with links to organised crime, but there are also individuals involved in making it locally, but they are not as organised,” Insp Thomas said on Tuesday.

“As recently as (Monday) we’ve made some significant seizures in Gippsland.

“There are people out there who think their information is not that significant, but every piece of information helps.

“Police’s ability to tackle the ice problem is only as good as the information we have.”

The renewed appeal comes after a man was arrested in Mirboo North earlier this month, charged with trafficking, possession and use of methylamphetamines, as part of raids across Gippsland and Melbourne’s eastern suburbs.

Member for Niddrie Ben Carroll, who sat in on a recent State Government-led ice inquiry, said he was buoyed by successes in New Zealand, where he said ice use had been halved over the past decade.

The April launch of the Dob in a Dealer campaign in Moe attracted an immediate surge in tip offs, from which Insp Thomas said led to “significant” opportunities to seize and interrupt ice activity.