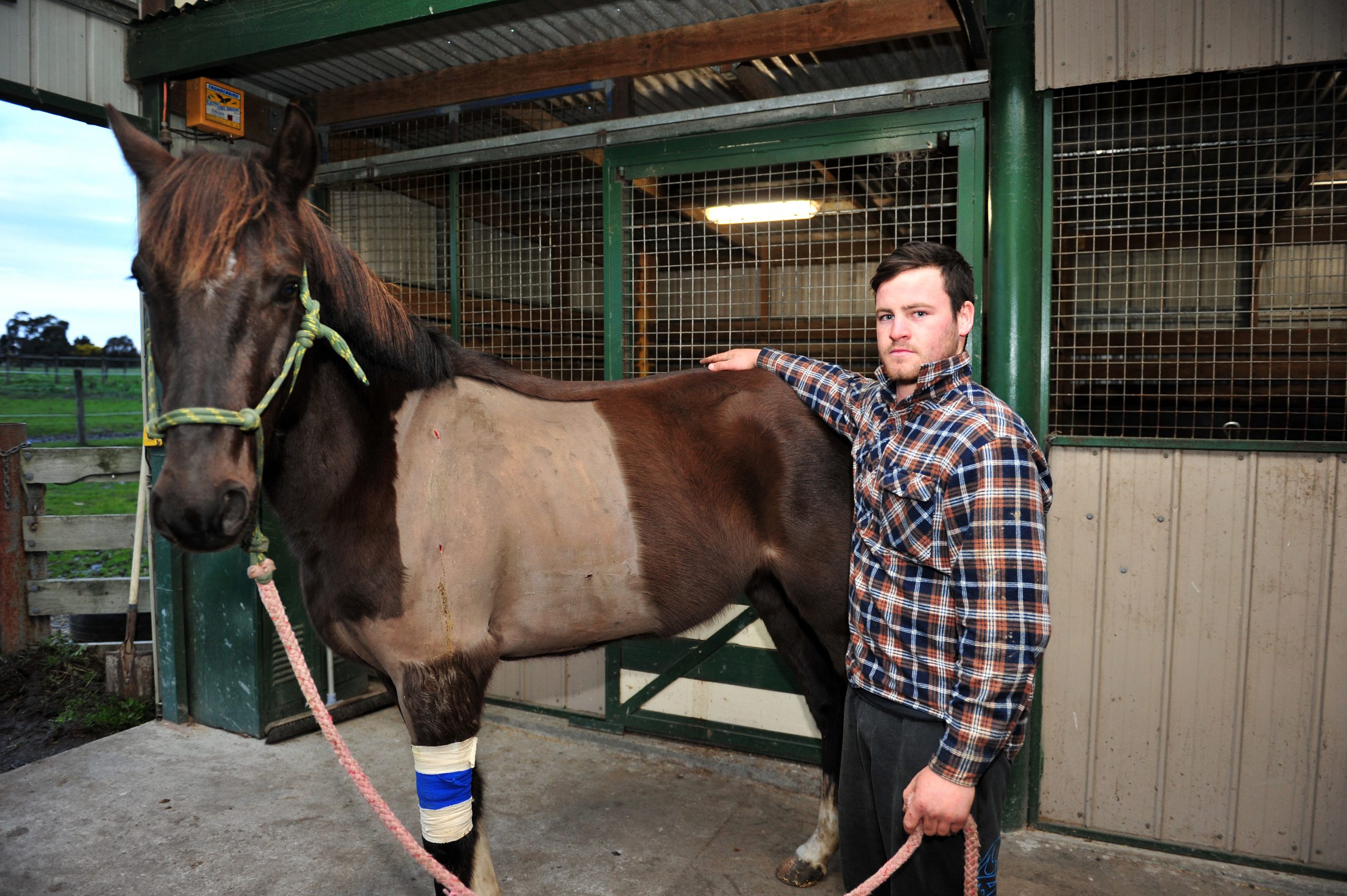 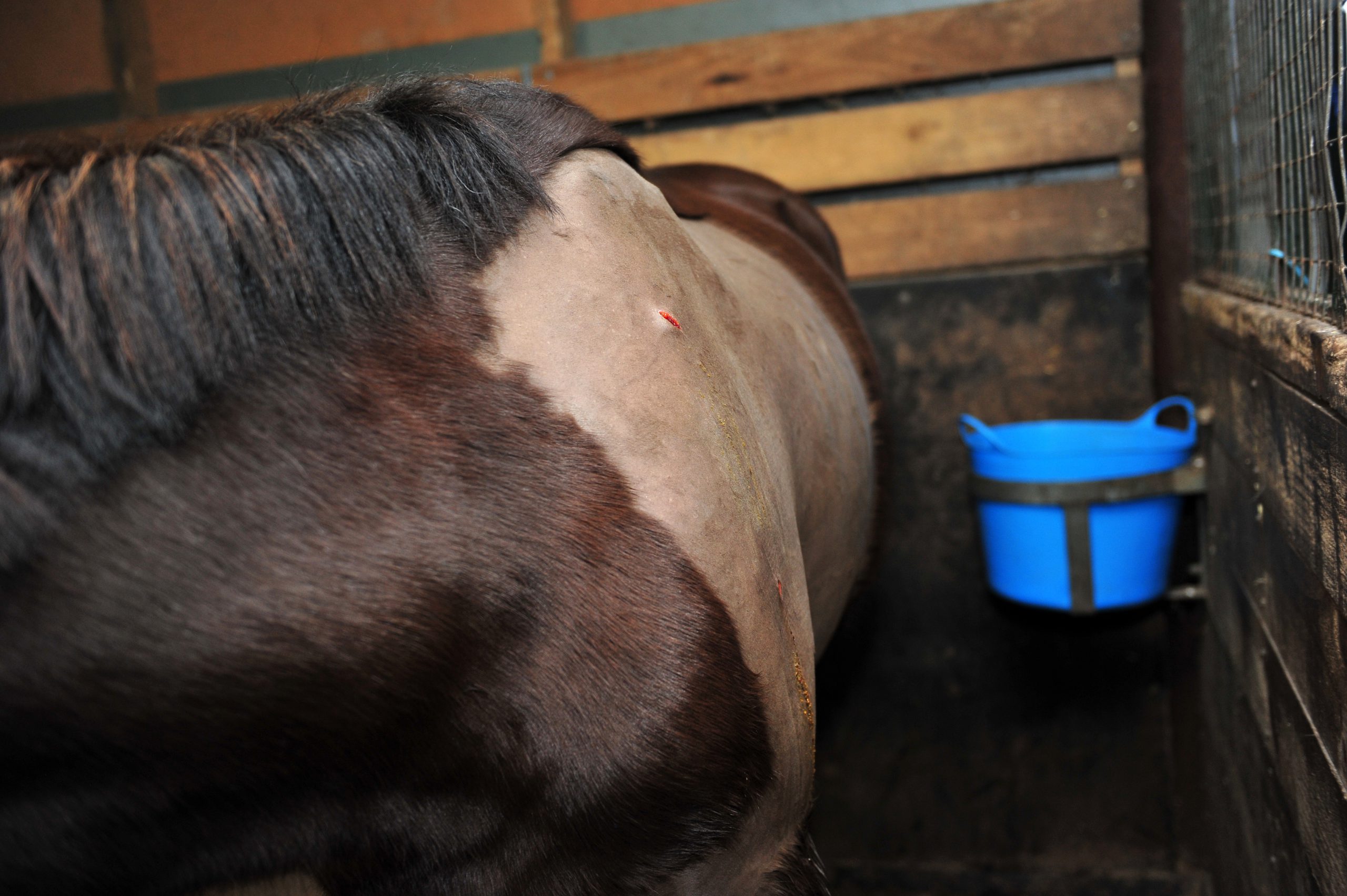 It remains unclear what has happened to a family’s beloved horse, believed shot one night at their Driffield property.

Jack Rasmus said his horse Smokie was only recently broken-in when he discovered blood dripping down its leg while preparing for a morning ride on Saturday, 27 June.

“He was lame and we took his rug off and he had blood down his leg. I noticed it had a hole and we left it for a night to see what would happen,” Mr Rasmus said.

The family sought advice and treatment from a number of veterinarians, saying assessments included shrapnel-related injuries.

The horse’s veterinarians have not confirmed this diagnosis with The Express.

“The wounds went in deep and then went up through his chest,” Mr Rasmus said.

The 21 year-old building contractor believed the horse was shot by HVP Plantations-contracted shooters at their Kings Road property.

“HVP are the only people that shoot up there,” he said.

Mr Rasmus said a week after discovering Smokie’s injury, the family received a letter from HVP informing residents about contracted shooting, but shots had been heard two weeks prior.

In a statement, HVP Plantations Gippsland fire coordinator Maarty Krygsman said there were no HVP staff or contractors shooting on 26 or 27 June when the horse was injured.

“We are troubled that this injury to a family’s animal has potentially originated from illegal activity on our property,” Mr Krygsman said.

He said HVP professionally shot a small percentage of animals which caused extensive browsing damage to newly planted HVP plantations each year as part of an integrated program.

Mr Krygsman said the program was undertaken under permit from the Department of Environment, Land, Water and Planning and both parties were working with Victoria Police to target illegal activity in the area.

Moe veterinarian Catalina Castillo, who continues to treat Smokie, would not comment on a wound diagnosis or confirm if the horse had been shot for confidentiality reasons.

“These particular wounds needed special treatment, it is not something you see very often, but horses are very effective at injuring themselves,” Dr Castillo said.

Traralgon veterinarian Ashley Greeve said he only treated Smokie once on 30 June about 10pm, four days after the alleged shot.

Dr Greeve said he found a circular wound in the horse’s chest and the skin was underrun up to the withers – the highest point of a horse’s back.

“I checked the wound and gave antibiotics, it wasn’t a lot that I did and I couldn’t confirm the injury of the horse,” he said. “It seemed like a healthy horse at the time.”