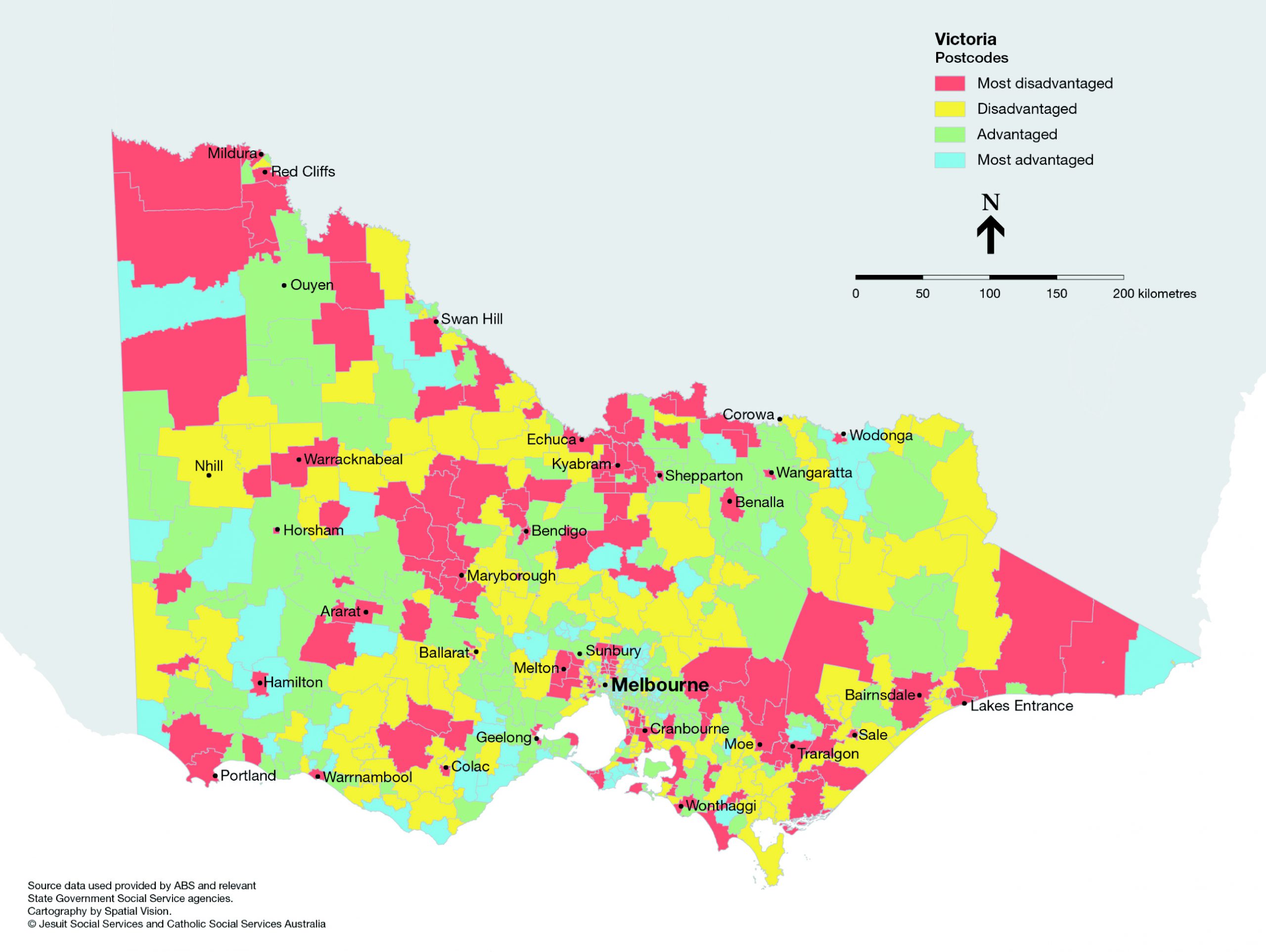 Morwell is one seven towns in Victoria suffering from a “complex web” of disadvantage at disproportionately high levels, according to a concerning new report from religious aid groups.

The ‘Dropping off the Edge 2015’ report, jointly released this week by the Jesuit and Catholic Social Services, found Morwell had remained “depressed” for long periods, demonstrating symptoms of persistent entrenched disadvantage.

The grim assessment put Morwell in a ‘most severe’ category, alongside the postcodes of Broadmeadows, Corio, Doveton, Frankston North, Maryborough, and Korong Vale.

These ‘Band 1’ towns were recorded as experiencing high unemployment and interaction with the criminal justice system, and overall low levels of education, while identifying high levels of child maltreatment, family violence and mental health problems.

The report’s finding comes after Morwell earned a place in the top five per cent of most disadvantaged postcodes in the state in 2004 and 2007 versions of the report.

“This demonstrates the entrenched nature of disadvantage and the significant challenge faced in increasing the life opportunities of people living in Victoria’s most disadvantaged communities,” the report found.

“There is an immense social and economic cost to society as a result of this sustained social deprivation.”

The report also identified Moe in the state’s top 20 most disadvantaged postcodes, while Churchill entered the top 40.