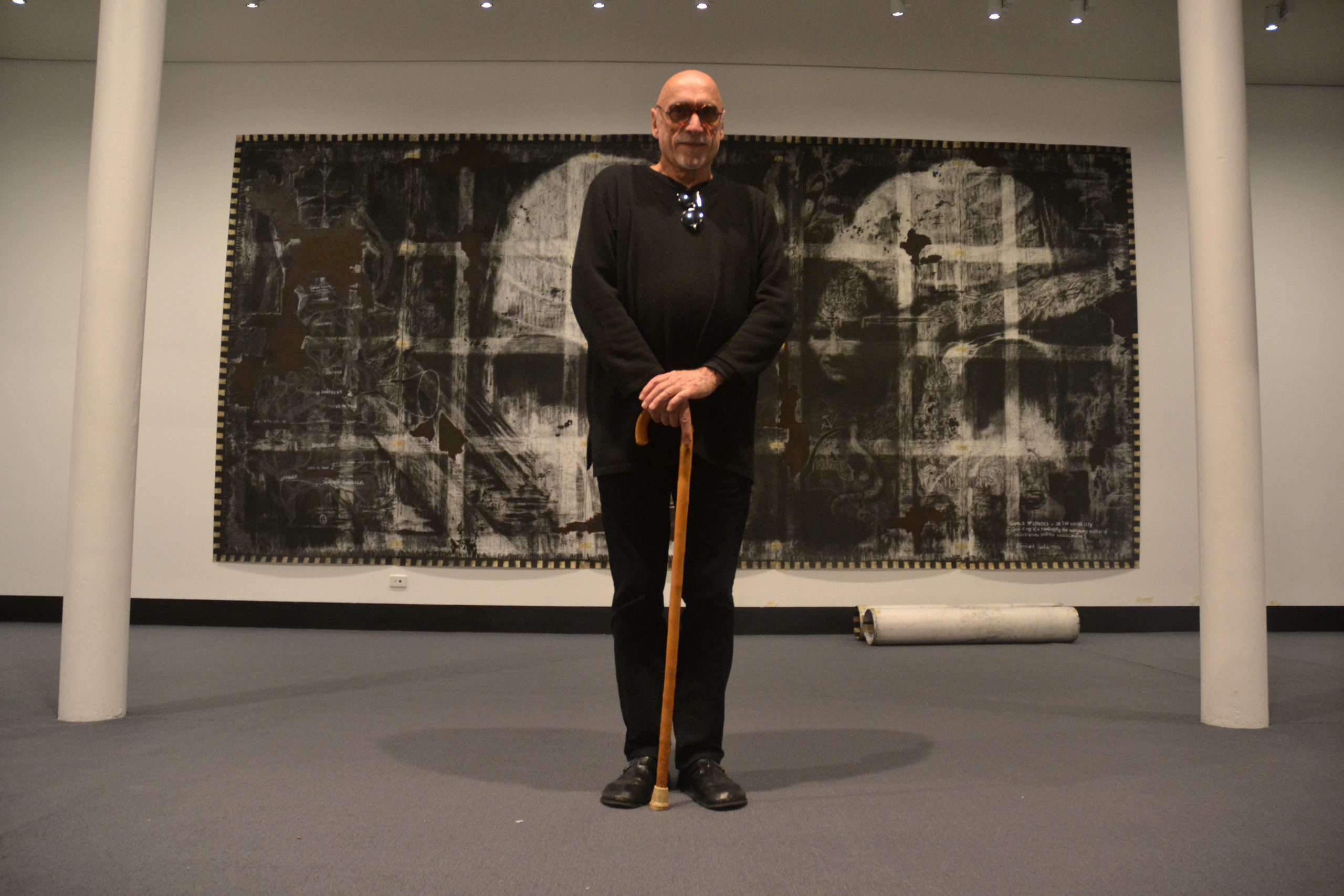 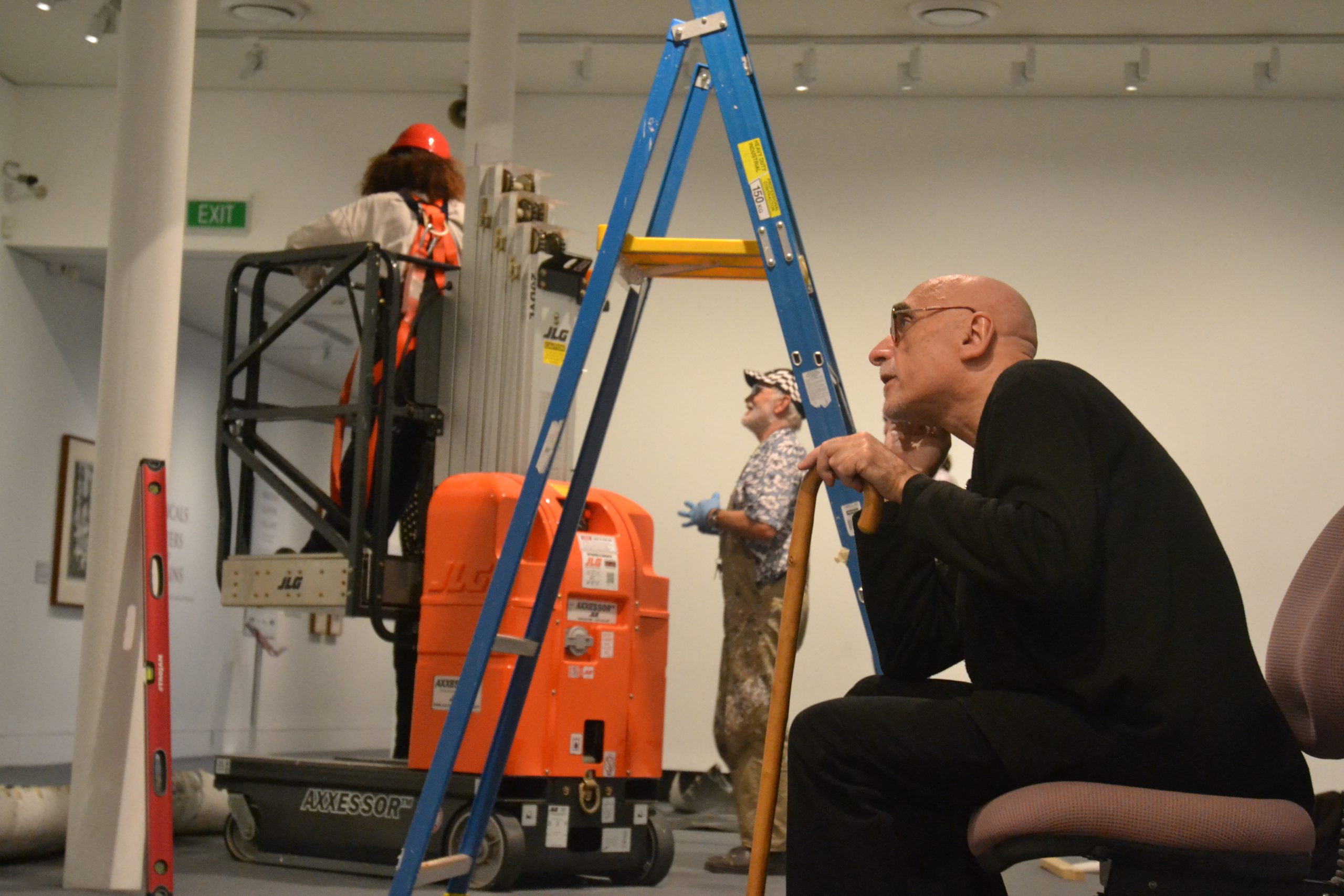 Bernhard Sachs is not going to tell you what his art is about.

He may speak about themes such as death, mediating historic images to create a collision between the internal and external life, but there is little to protect us from having a visceral reaction to his drawings.

The artist and Melbourne University lecturer said he often talked to his students about the ‘what the f*** moment’ and the opportunity for a subjective experience.

“There is a deliberate concealment,” Mr Sachs said.

“It’s about being completely perplexed, being jolted out of your everyday rhythm of life and all the normal expectations… and to do that you have to withhold to some degree.”

However, he added he was also “not responsible for our projections” with an audacious grin.

On Friday, Latrobe Regional Gallery opened his exhibition Redux: During Philosophy and After 1988 – 2008 – a collection of seven mural-sized charcoal drawings created in a run-down St Kilda mansion in Fitzroy Street.

Mr Sachs said it was a period of ‘Nick Cave territory’, the Melbourne suburb brimming with new music, filmmakers and artists prior to its gentrification.

“It was really curious… some of them (drawings) have not been out of their tubes for 25 years. I wasn’t sure if they were still intact but it seems they were,” he said.

“I loved the way you could get an instant image of something and they were very crude… no resolution,

Highly psychoanalytical, ‘World of Ciphers – Or the Whole City’, also illustrates the anatomy drawn by someone with schizophrenia, superimposed on an image of the Paris metro.

“I’m sure if some artists weren’t making art in the period they were making it, they would be locked up. Conversely many declared insane would be great artists in other circumstances,” Mr Sachs said.

“That ambiguity, I play with that. There’s a sense of lost consciousness, you’re aware, but it’s an ecstatic state, near death,” Mr Sachs said.

The exhibition is open until 25 October.