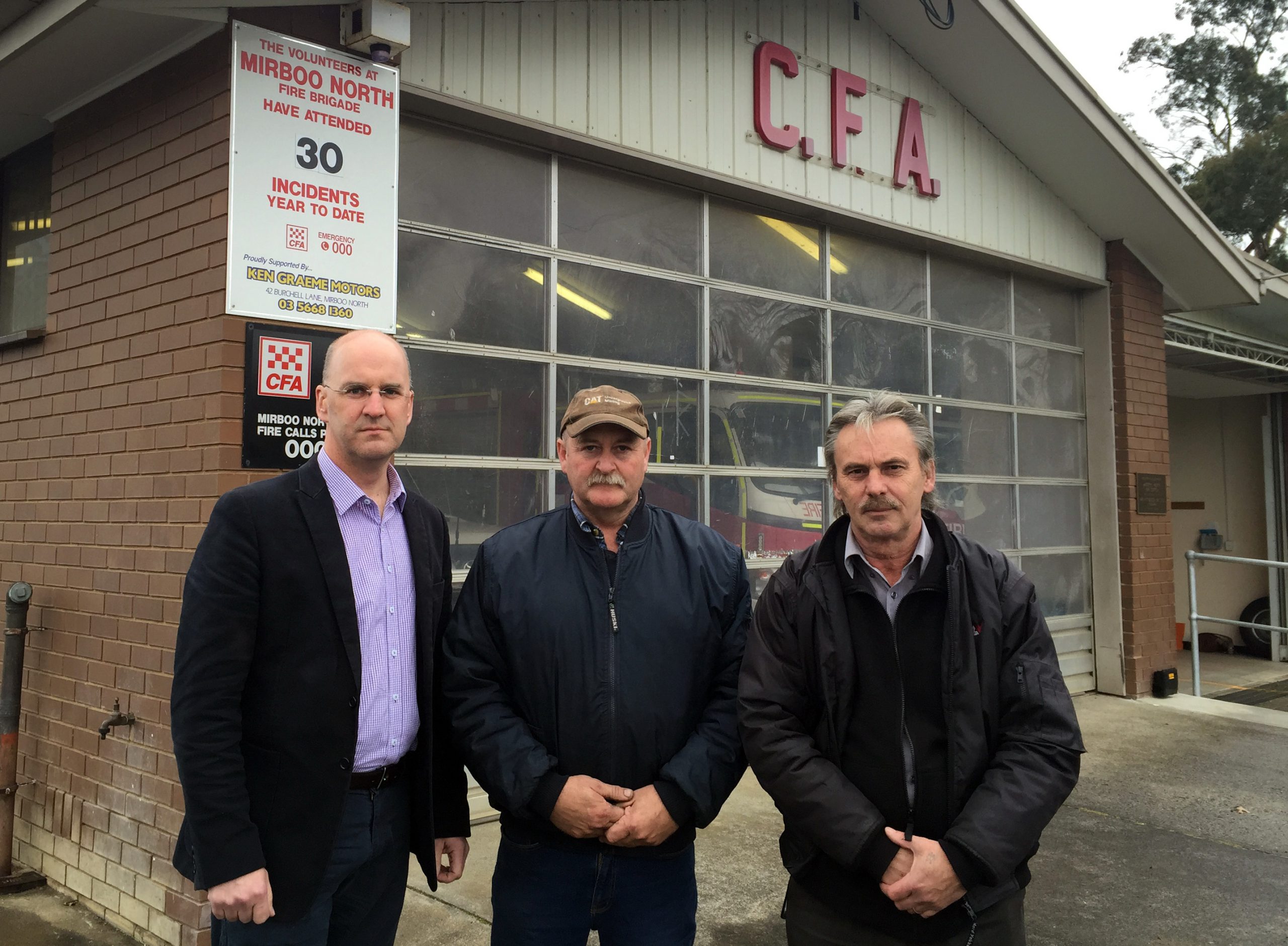 MIRBOO North Fire Brigade is in desperate need of funding to rebuild its run-down station.

“Our brigade is just too big (for the current station),” Mr West said.

“We need to park across the street or down the road for turn-outs and training.

“We would really like to see an upgrade to the building.”

Member for Gippsland South Danny O’Brien said the facility had served a good purpose, but it was time to rebuild.

“The brigade’s current station, a two storey complex on the side of a hill, has outlived its usefulness and presents a number of access issues for firefighters and their equipment,” Mr O’Brien said.

He said the building had stairs, which was of concern as the volunteers were often rushing out of the station.

“The shed is also a tight fit,” Mr O’Brien said.

“They actually have to pull the truck out of the shed to get all the doors open.

“The Mirboo North Fire Brigade volunteers do a fantastic job of protecting their community from fire and responding to emergencies and deserve to have a station that adequately meets their needs.”

“In line with our election commitment, we are investing $11 million over four years to build and upgrade fire stations across the state in high-risk bushfire zones or high callout rate communities,” Ms Garrett said.

“CFA has advised Foster and Mirboo North fire stations have been placed on its District Capital Works program for potential development.

“Future government investment decisions will be guided by the needs of the CFA and the community.”