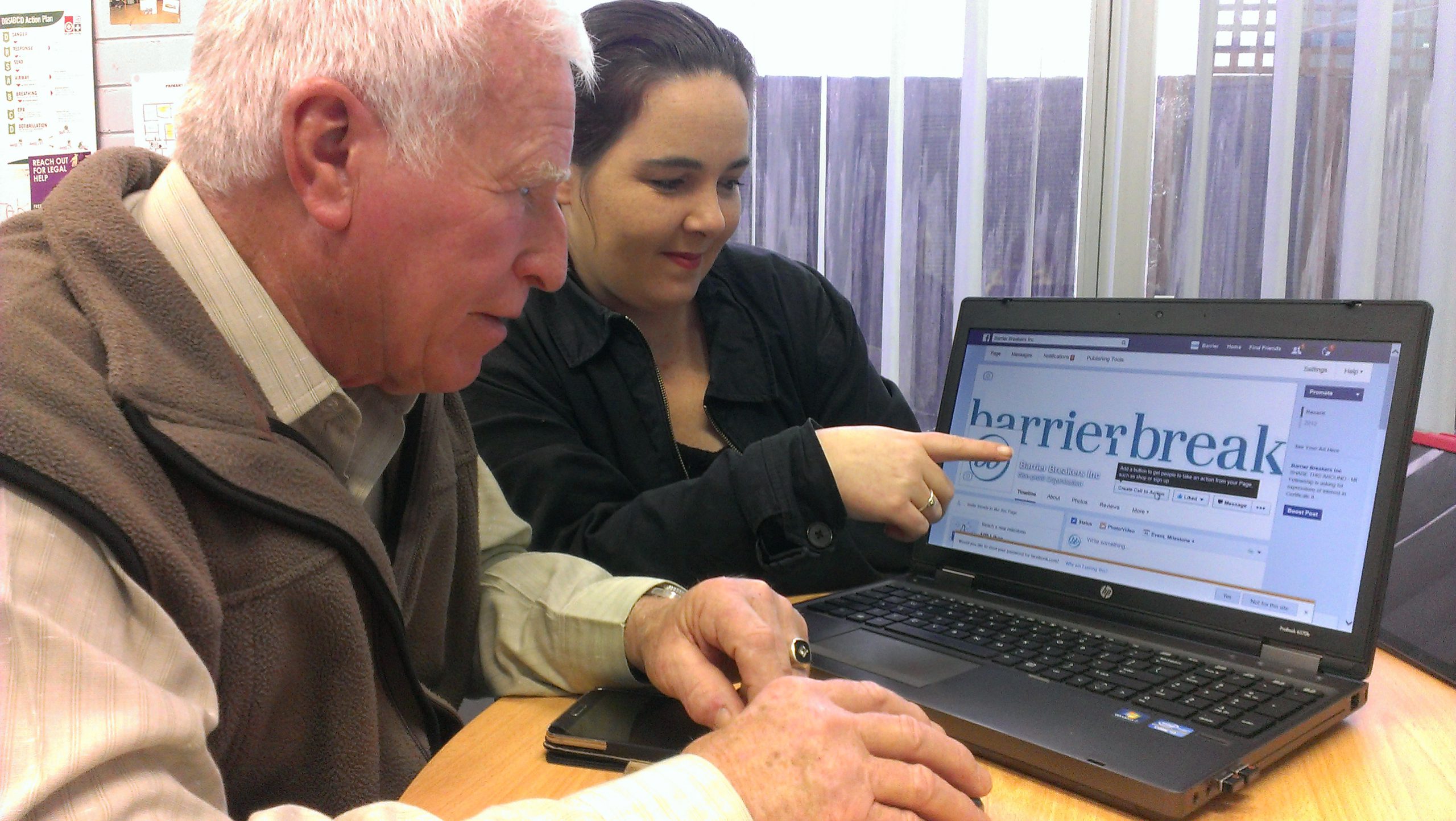 State Government funding for the organisation ceased at the end of the financial year, with chair Derek Amos estimating the group can survive on cash reserves until the end of the calendar year.

“We’re both a systemic advocate and an individual advocate,” Mr Amos said.

“It’s unbelievable the number of people who have fallen through the cracks.

“When we see these things happening, it confirms there’s something wrong with the system, so we need to change that system so we minimise these impacts on people.”

The group has established a Facebook page, linking to its website and is developing a video to use as a part of a crowdfunding campaign.

“To be sustainable we’ve got to raise money from the community,” Mr Amos said.

“It seemed to us this new method helps raise funds and get our message across about who we are, what we do, why there is a need, and why the governments, both state and federal need to plug these gaps.”

However, Mr Amos said the new model would not stop Barrier Breakers from continuing to apply for government funding.

Under the previous State Government, the group received $100,000 over four years, helping the mostly-volunteer organisation to employ three people part-time.

The Coalition pledged $120,000 over four years to each of the groups if it was elected last year.

However, the new government has not matched that commitment.

For more information on Barrier Breakers, visit www.barrierbreakers.org.au or phone 5174 4588.