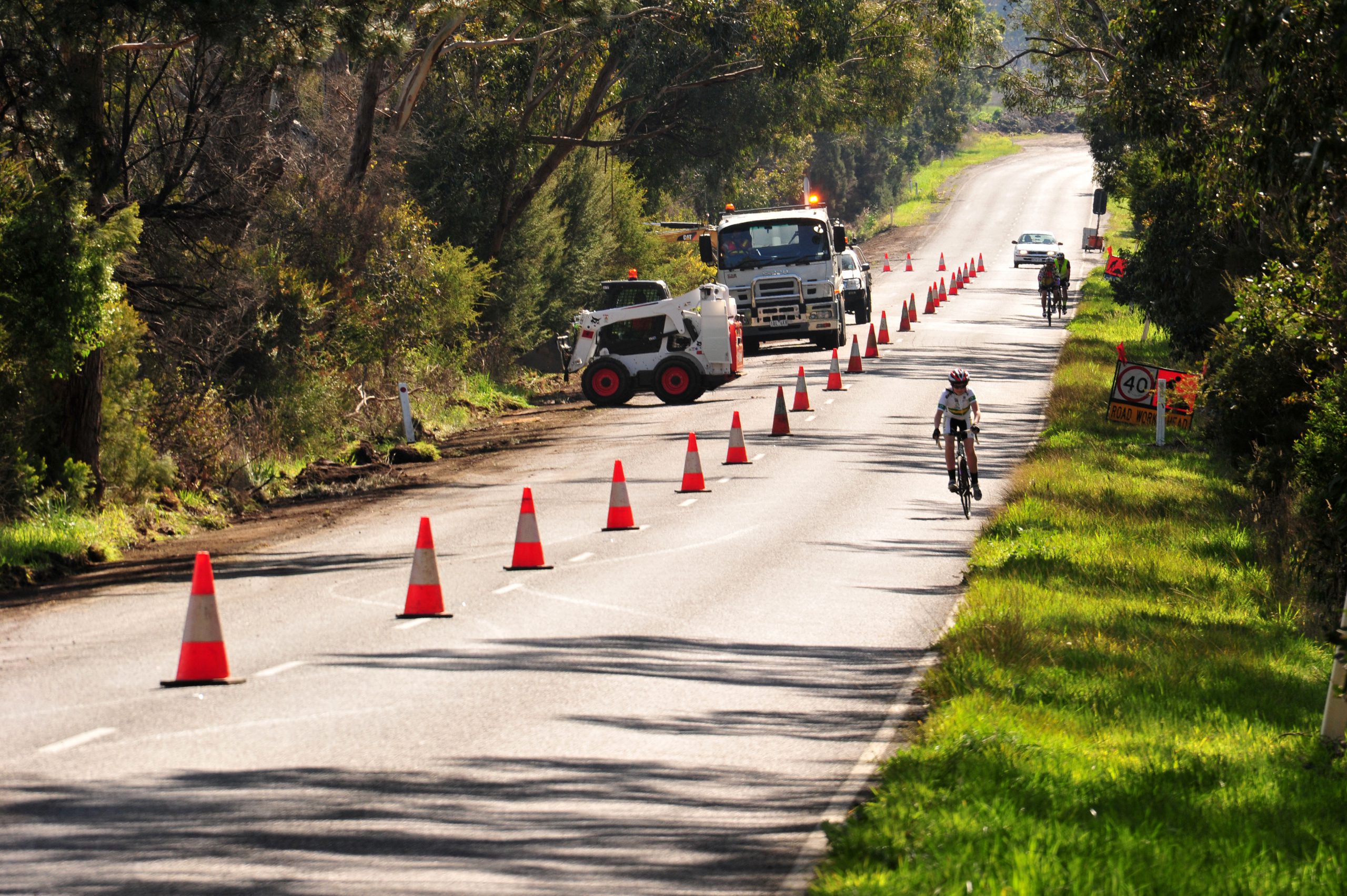 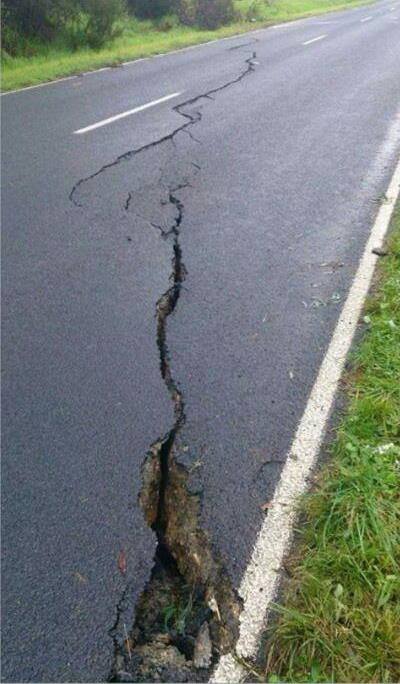 Authorities continue to deny any direct link between mine instability at the Yallourn open cut and cracking in the adjacent Latrobe Road on Morwell’s north-west, despite up-scaling major investigation works in the area.

On Tuesday VicRoads began a major vegetation clearing program along the troubled stretch of road to examine the extent of any further land stability issues, after the fresh discovery of a washaway event in recent August rains.

The week-long clearing program comes after the road was closed for 10 days in winter 2014 when a large crack – inches wide and “metres” deep – appeared in the road’s surface after heavy rain.

In an announcement of the clearing program, Department of Economic Development’s executive director of earth resources and regulation Ross McGowan said the department was continuing to monitor all aspects of mine stability activities.

“We are working closely with the mining company to ensure they are doing all that is possible to minimise their impact on the local community, including nearby infrastructure such as the Latrobe Road,” Ross McGowan said.

The program will see a four to five metre shoulder of vegetation between Latrobe Road and Yallourn open cut’s perimeter fence cleared along a 500 metre stretch, while the road’s eastern shoulder will also be scraped.

VicRoads regional director Scott Lawrence said the removal of debris, grass and shrubs along the road would better place the organisation to detect any further issues at this site.

An EnergyAustralia spokesperson said the company immediately notified the Department of a football-sized washaway identified during a routine inspection of Latrobe Road following significant rainfall in August this year.

A spate of initial inquiries by The Express after Latrobe Road’s 2014 closure, concerning the crack’s possible connection to mining activity were left unanswered. Upon the road’s reopening on 9 July – 10 days later – VicRoads said investigations found “no one cause” of road cracking, reiterating no direct link to mining activity.

Dr Mackay’s research suggested the event – along with the cracks which appeared in the Princes Freeway in 2011, closing the major route for eight months – was caused by the presence of water in combination with earth ‘strain’ events related to nearby mining activity. Dr Mackay also sits on the Technical Review Board – a body established in the wake of the 2007 collapse of the Latrobe River through the Yallourn open cut’s northern batter wall – which informs the government on latest mine stability issues.

The 2014 incident was referred to the TRB for further advice on any underlying stability issues.

“The TRB provided advice in terms of vegetation clearing work to be done next to the road, the need for a risk assessment involving stakeholders and the development of a long-term management plan that will have regard to the outcomes of the risk assessment,” Mr McGowan said.

However he moved to clarify no direct link had been established between the 2014 cracking in the vicinity of Latrobe Road and nearby mining activity.

“Our understanding of the cracking in the Latrobe Road in 2014 was that it may have been caused by poor surface water drainage in the adjacent plantation on the opposite side of Latrobe Road from the mine,” Mr McGowan said.

“This has effectively caused erosion under the pavement of Latrobe Road.

“Because of public safety concerns, ERR is closely working with stakeholders, including VicRoads and EnergyAustralia to better understand the cause of the cracking.”

An EnergyAustralia spokesperson said the land adjoining the Yallourn mine continued to be monitored in accordance with its Ground Control Management Plan, which involved measurement of groundwater profiles and survey pin displacement.

Mr McGowan said there had not been “any significant movements” reported for the Latrobe Road Batters during the past year.