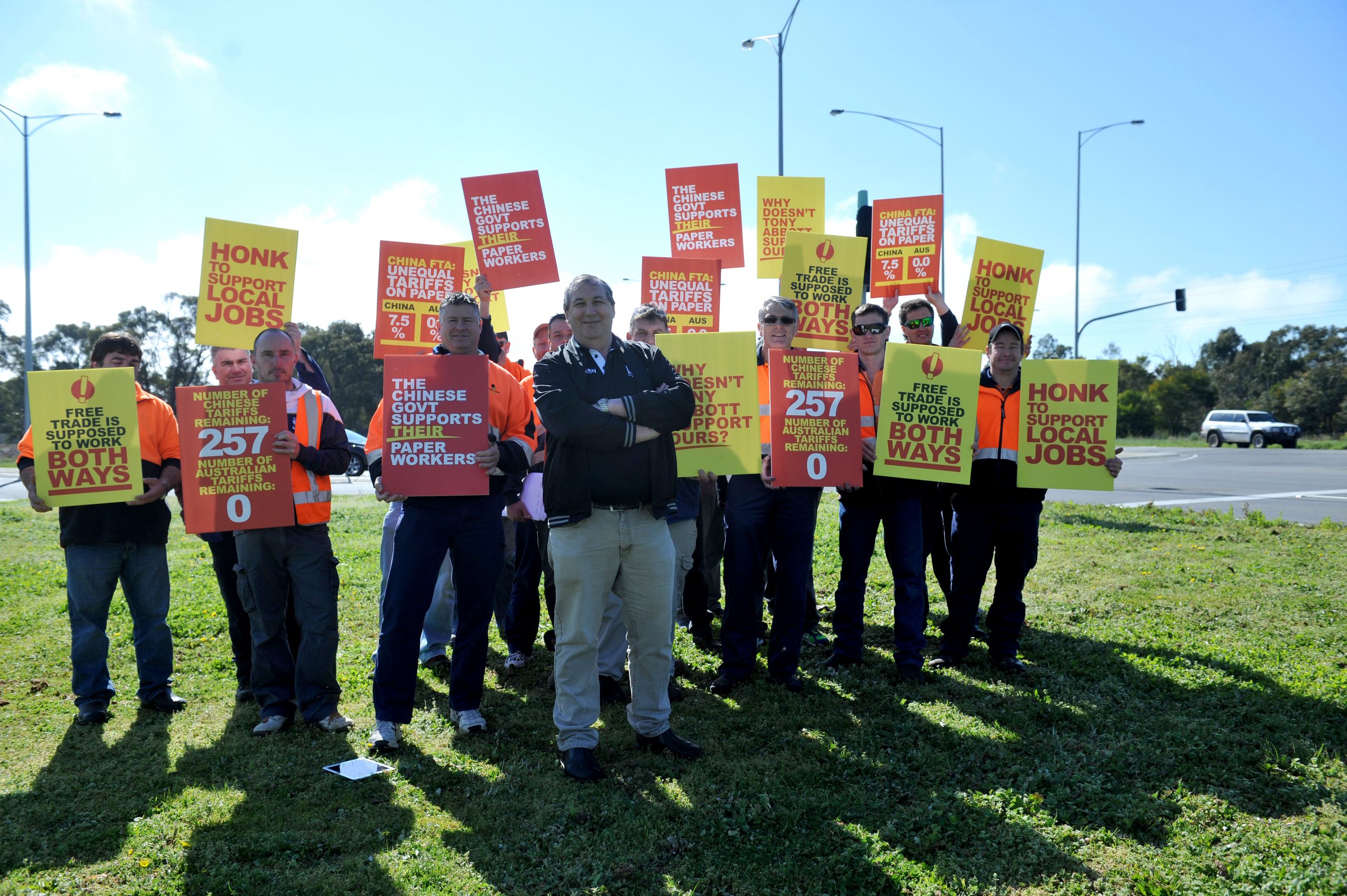 Workers from Australian Paper’s Maryvale mill took to the streets to protest against the China-Australia Free Trade Agreement they said would cost their jobs.

About 20 workers participated in the demonstration outside Traralgon’s Century Inn, where the Australia China Business Council was holding a workshop on ChAFTA.

He said the deal would put Maryvale jobs at risk.

“The mill is under great pressure to survive and five to six thousand people in the area are under threat if the mill closes,” Mr Millar said.

“Unless the government listens to our concerns and acts, this will be the beginning of the end for the largest private sector employer in the Latrobe Valley.

“The current tariff agreement has the ability to stop the strengthening of Australian businesses.”

Standing on the corner of Airfield Road and Princes Highway, drivers tooted their horns in support of the workers, who were holding signs stating ‘honk to support local jobs’, ‘free trade is supposed to work both ways’, ‘the Chinese government supports their paper workers’, and ‘number of Chinese tariffs remaining: 257, number of Australian tariffs remain ing: 0’.

“This agreement gives the Chinese a greater share of the market which is severely detrimental to our paper industry,” Mr Millar said.

“But we are not confident at all (the government will stand up to China).”

However, he called on Federal Member for Gippsland Darren Chester to take up the fight with the government.

“I will continue working to protect jobs at Australian Paper, as I always have done,” Mr Chester told The Express.

“I have raised the union’s concerns directly with the Trade Minister and I’ll continue to lobby on behalf of Australian Paper workers and management.”

Mr Chester said the Federal Government remained heavily invested in the Maryvale mill, having contributed funding for a $90 million de-inking plant to increase the recycled content of its paper products.

The Australian China Business Council did not respond to messages left by The Express at the time of going to print.