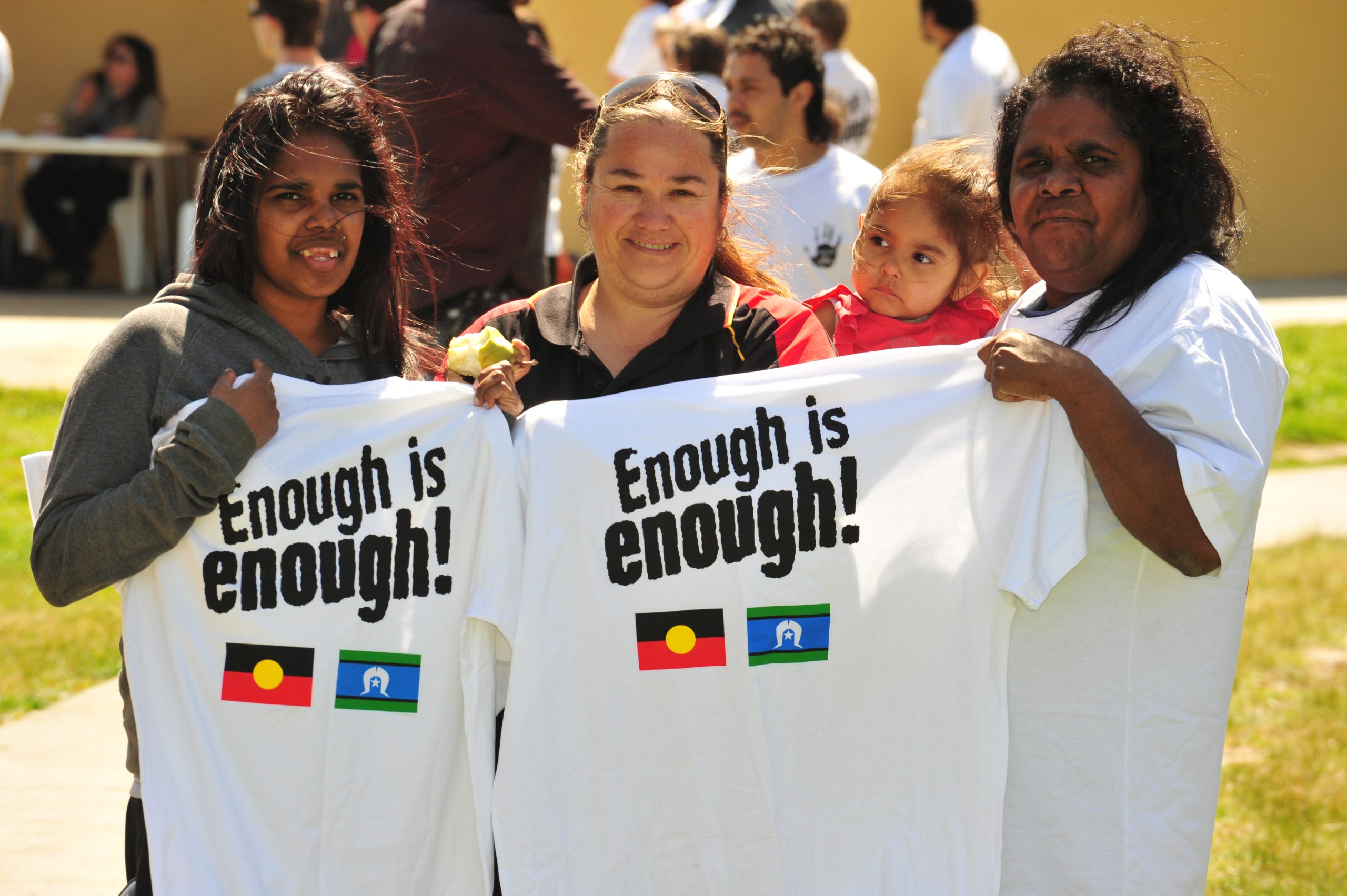 ABOUT 100 people banded together in Morwell on Thursday to join the national fight against family violence with the message, ‘enough is enough’.

The Morwell Town Common transformed into a sea of white from 11am when white ribbon ambassadors, community members and support workers spoke of their experiences.

“We had drums going, a feed with the barbecue and guest speakers – everyone really loved the day,” Ramahyuck District Aboriginal Corporation business manager Barbara Job said.

“We had a pledge book that everyone signed, to stand up and say enough is enough and try and stamp it all out.”

“I’ve been part of the family violence scene for a few years now,” Mr Wandin said.

“A good turnout means they are here to learn something and support, and with our guest speakers who came and spoke, it was really good.”

The day arrived after three months of planning and just a week following a visit from the state’s Prevention of Family Violence Minister, Fiona Richardson.

The Latrobe Valley topped a list of family violence hotspots across Victoria between April 2014 and March 2015, with a rate of 2993 incidents per 100,000 population.

It only has the capacity to work with about 400 clients due to current funding and staff numbers.

Ms Job said the family violence day was a starting point to get community members and agencies tackling the same cause.

“More or less today was about saying enough is enough – we need to stand up as a community, the whole community, to try and stamp it out,” Ms Job said.

“It is up to people now to say enough is enough and stand up and they need to sort themselves out or help and let people know what’s going on.”