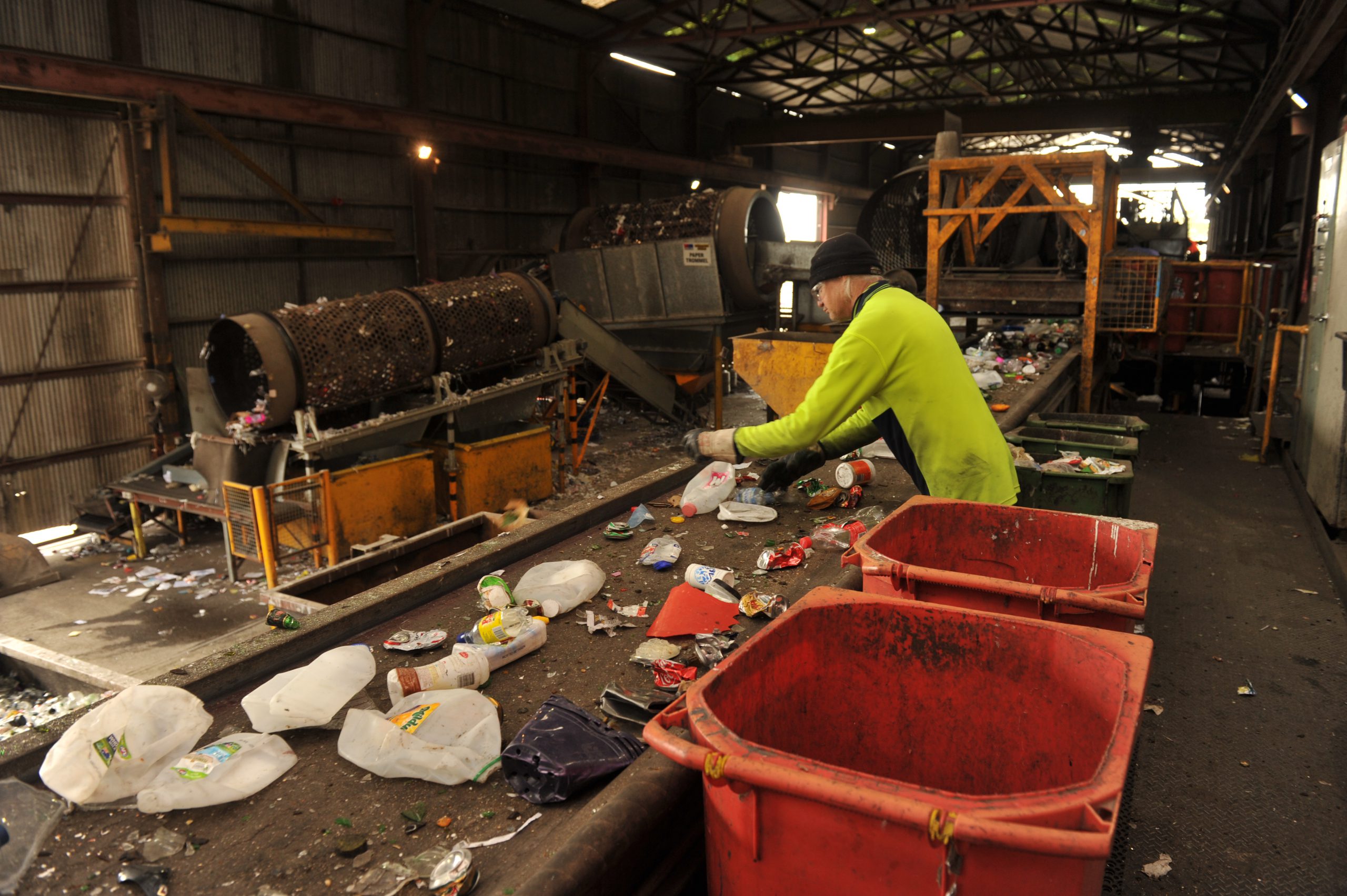 This has seen Latrobe City fall out of the state’s top 10 councils for recycling, with contamination levels rising from seven to above 12 per cent.

And it all comes down to educating the community, with council launching a campaign to identify recycling’s basic dos and don’ts.

“Contamination here is the biggest issue and if we can keep contamination out of this side of recycling, then it’s more efficient and saves money,” Latrobe City coordinator of waste sustainability Wayne Sim said.

“We have tonnes and tonnes of material to put through; it (contamination) stops the whole process and it’s an occupational health and safety issue.

“We get syringes and dirty nappies, it’s really dangerous.

“It’s really important people understand why we are recycling and to actually get it right.”

Mr Sim said it appeared people believed “whatever could fit in the (kerbside recycling) bin is recyclable”, with car parts and television sets often collected.

“When we started to go to the three-bin system back in 2004, there were full truckloads, they emptied on the floor, it was contaminated, so it all had to go to landfill,” he said.

About 163 tonnes of material is processed each week at council’s Materials Recovery Facility, located on Tramway Road in Morwell.

Each month, about 100 tonnes of contaminated material ends up in landfill.

The site’s general manager, Easaw Easaw, said about 10 per cent of the time the plant should have been running, it was stopped.

That’s wasting about $60,000 a year, according to figures provided by council’s contractor.

“The line stops about 50 times in eight hours, which is very significant,” Mr Easaw said.

“Most of it is because there is some kind of contamination that is too big or too much for the operator to pick up in time.”

An education campaign via television, radio and print advertisements will run over the next six months with the slogan, ‘check before you chuck’.