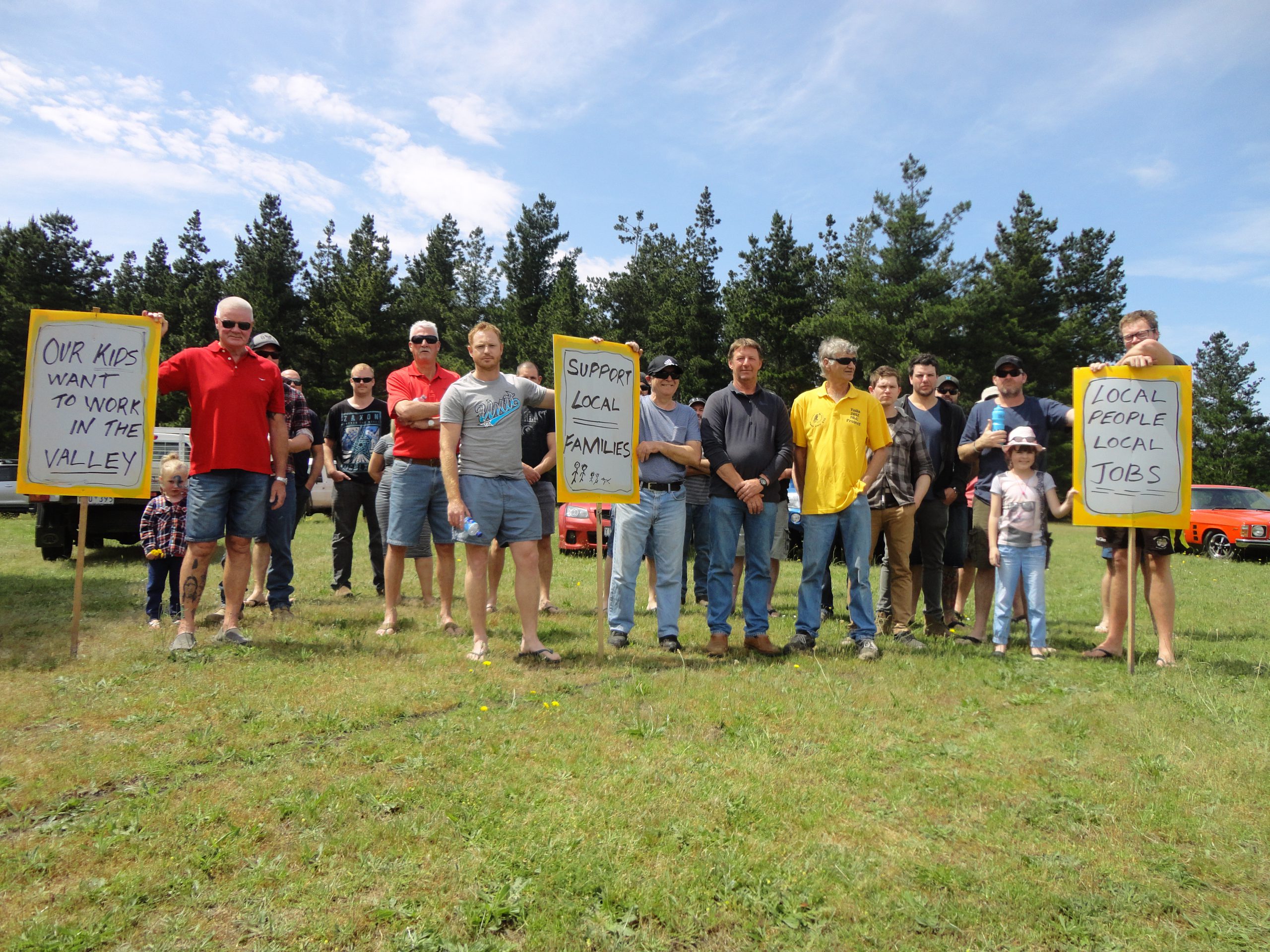 Community members have expressed their disappointment over the hiring of overseas workers for a current maintenance shut at Australian Paper’s Maryvale Mill.

About 30 people gathered outside the mill site yesterday for a rally protesting the company’s decision.

According to Australian Paper, it has employed 75 New Zealand workers from Hutec Engineering for the 19 to 28 October period.

Rally organiser and local boilermaker Kevin Roberts accused the company of not supporting the community.

“There’s enough unemployed tradesmen and non-tradesmen in this area to fill those positions,” Mr Roberts said.

“I’ve got friends who are unemployed who would love to be out there, I’ve got kids in the trade and we don’t want to see those jobs go to overseas workers.

“They’ve (AP) got a big campaign that the government should be looking after Australian Paper and buying products and yet they’re employing international labour to do our work.”

It is not the first time Australian Paper has employed NZ workers for a maintenance shut.

During last year’s October shut down, the company said 33 New Zealand workers were from a specialist engineering company with skills that were not available in the Latrobe Valley.

“Most of us did apprenticeships out there and helped build the APM, we know more about the place than their so called specialist workers,” Mr Roberts said.

“Everyone knows anywhere in Australia that you’re not going to get as skilled a workforce as comes out of the Latrobe Valley.”

When asked last week to specify exactly what skills this year’s workers had that locals did not, Australian Paper general manager of human resources Mark Nelson said they had the “skills and experience needed to provide AP with certainty of the work being completed in budget and on time”.

“Hutec are well respected boiler specialists to the pulp and paper industry across both New Zealand and Australia,” Mr Nelson said.

He denied the workers were employed as a cost-reducing measure.

Mr Nelson said the overseas workers were fitters and pressure welders and the work was part of a package on recovery boilers.

He said the company was today and into the future employing a significant number of locals on shut down activities and other maintenance activities during normal operations.

The shut is a half mill shut with work on the R5 Recovery boiler, Batch Pulp Mill, Paper Machine 4 and Waste Water Clarifier.