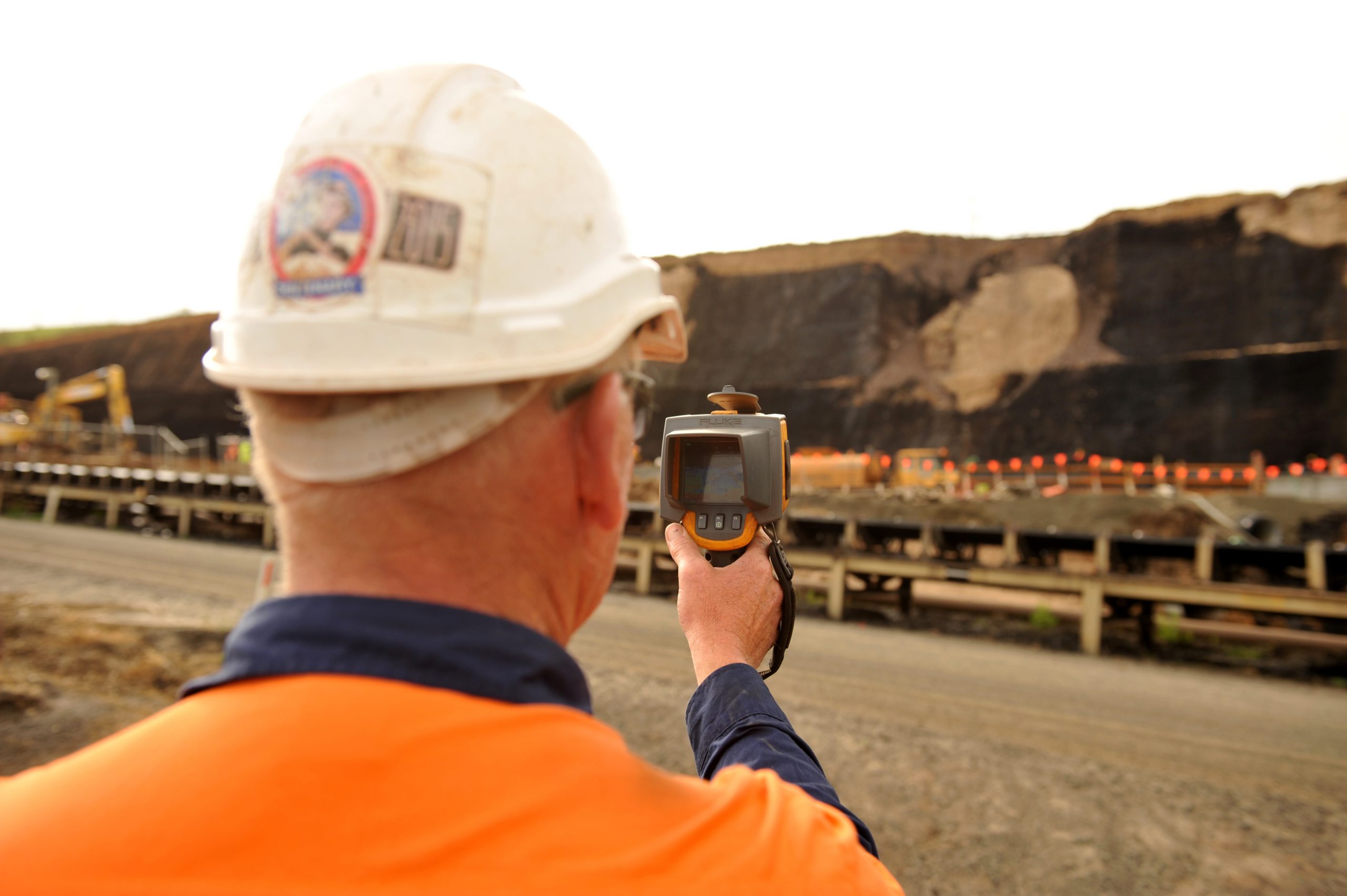 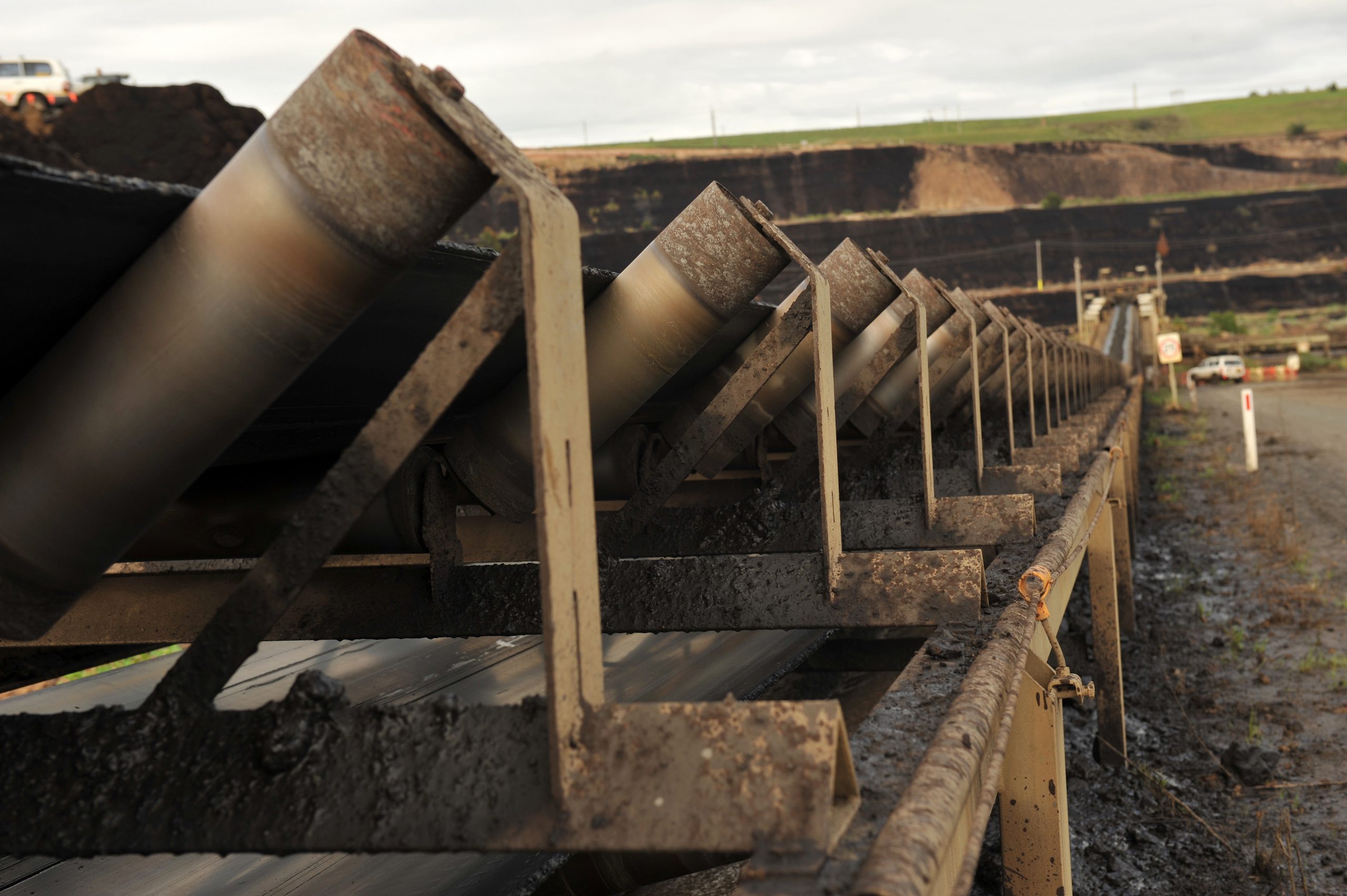 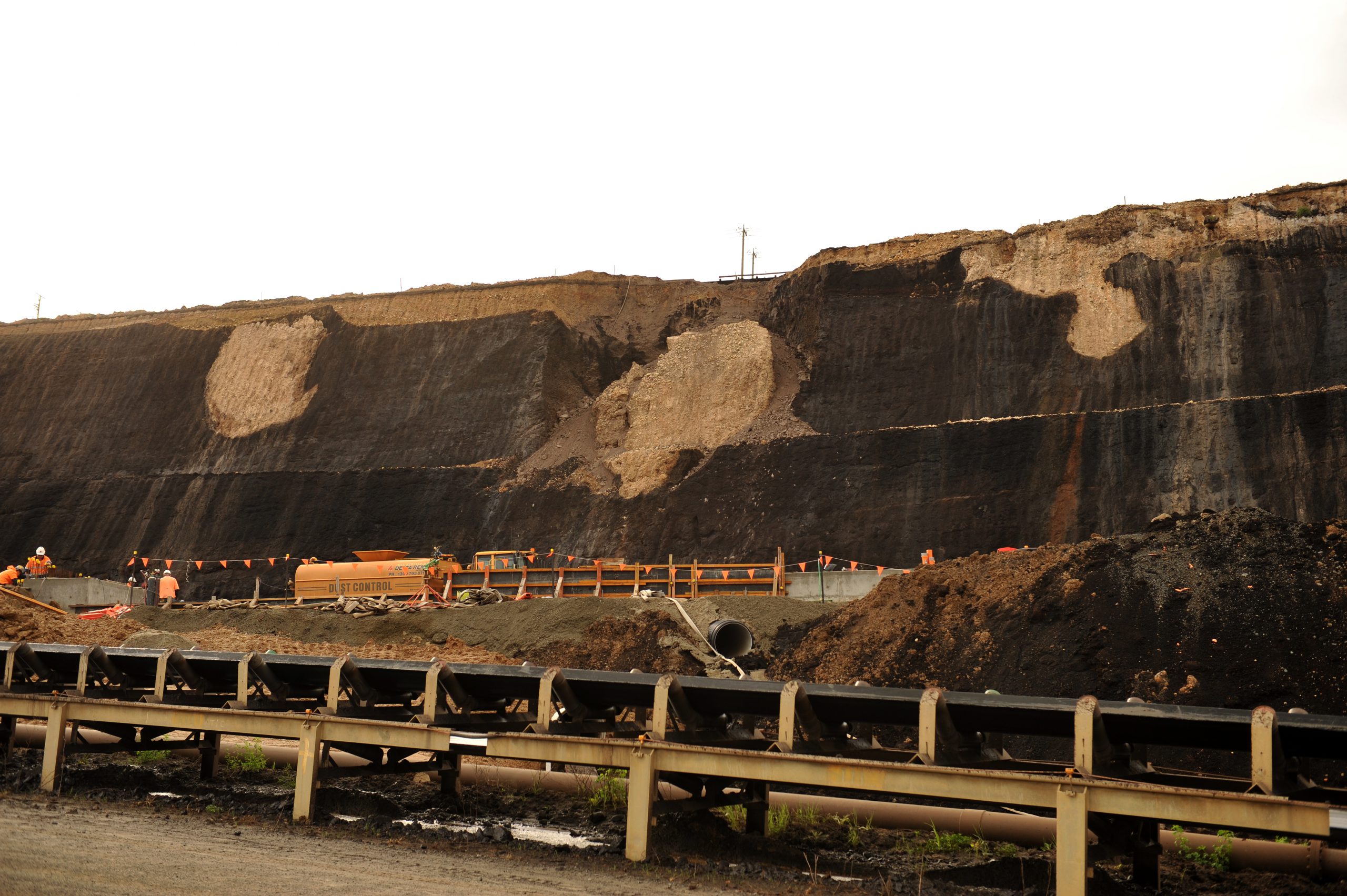 The first sign of heat or fire in the Hazelwood mine is the smell.

Not dissimilar to the perfume of an electrical appliance blown at home, GDF SUEZ mine services superintendent David Shanahan said you could smell a hot spot before you could see it.

Such were the initial warning signs when GDF SUEZ staff, using hand-held thermal imaging cameras and CFA helicopters with Forward Looking Infra-red Radar Cameras, found an area of heat self-combusting in the south-eastern batters of the coal mine on 5 and 6 October.

This month’s hot spot received national media attention with local groups and the State Environment Minister Lisa Neville criticising GDF SUEZ for failing to report the incident to the community.

But as the summer season approaches, the brown coal mine operator and CFA are trying to allay fears, updating the community about their fire preparedness and offering a tour of the mine to The Express last week.

A hot spot can be described as an area of heat between 70 to 80 degrees that has the potential to turn into a fire.

There is not necessarily a flame associated, but if provided the right conditions hot spots can cause fire to spread across the mine surface.

Mr Shanahan said the hot spot in question had been monitored for a number of months, but high temperatures and wind allowed heat to come to the surface.

He explained the hot spot occurred in chard coal surrounding an extinct fire pocket that got burnt and filled with clay over time.

“For some unknown reason this one started spontaneously combusting the chard coal around the clay pocket,” Mr Shanahan said.

“It’s been caused from a historic fire that would have occurred in the mine hundreds of thousands of years ago and all that coal got burnt and filled with clay over time.”

Driving a utility, Mr Shanahan and CFA operations officer Shane Mynard arrived at the area of interest and explained how a crane had wetted down a large area of coal surrounding the two metre hot spot, which had since been capped with clay.

Mr Shanahan said there was an intention to dig out the clay pocket in future when a conveyer that transports coal to the neighbouring Hazelwood Power Station could be relocated to a lower coal batter.

“This coal area was only dug out in February of last year to build this new conveyer line,” Mr Shanahan said.

“Up until then it was just all underground so we never had an issue, but when it was exposed to oxygen, there was a reaction that caused heat.

“It was nothing caused from a natural fire… the 2014 fire didn’t get to that batter, so it wasn’t something that emanated from a previous fire, it was just a spontaneous combustion of that area.”

When asked how often hot spots occurred at the mine, Mr Shanahan said they were “few and far between”, but encountered some sort of fire or an area of interest, often ruled out as crushed hot rock or a sheet of timber, a couple of times a week.

The other known hot spot at the Hazelwood mine is ‘Old Faithful’, an old fire hole in the disused northern batters.

Mr Mynard added CFA involvement at the mine didn’t necessitate a serious incident and conversations with GDF SUEZ were common.

“Nine times out of 10, GDF SUEZ look after it (a fire incident). We’re aware of it and a trigger action plan is in place if they think there’s a need for the brigade to attend and we’ll respond accordingly,” he said.

Mr Shanahan said he understood community concern about hot spots, but much was driven by misinformation or no information at all.

“We want to allay the fears and the perception that we’re doing nothing,” he said.

The company says 16 out of the 17 affirmations and four of the six recommendations from the 2014 Hazelwood Mine Fire Inquiry have now been completed.

Although not visible from the Princes Freeway in Morwell, this includes rehabilitation work in the northern batters of the coal mine, where the fire took root.

Ten hectares of coal batters are now green, dozed back to a three-to-one slope, covered in a metre of thick clay and covered with top soil before being sown with grass.

A further 14 hectares of rehabilitation work is planned along the northern batters, moving further to the west late this year and early 2016.

Mr Mynard reflected on a recent fire that came up as ‘HAZELWOOD’ on the CFA website that everyone naturally thought was in the mine, but in actual fact was a fire on Monash Way in the district of Hazelwood.

“That’s the sort of thing we have trouble with and try to educate the community on… people thinking GDF SUEZ aren’t telling the full story, but GDF SUEZ didn’t even know we were out there,” Mr Mynard said.

“The expectations that we’ve got to maintain are much higher now.”

GDF SUEZ Hazelwood asset manager George Graham said the management of hot spots was not unusual at Hazelwood and therefore didn’t believe it necessary or desirable to communicate broadly every time a hot spot was identified.

“However, we appreciate that following the mine fire in February last year that there is a heightened interest in these issues,” Mr Graham said.

“We will continue to work closely with the CFA to review our communication procedures on these issues and ensure that appropriate advice is provided if and when the circumstances demand.”