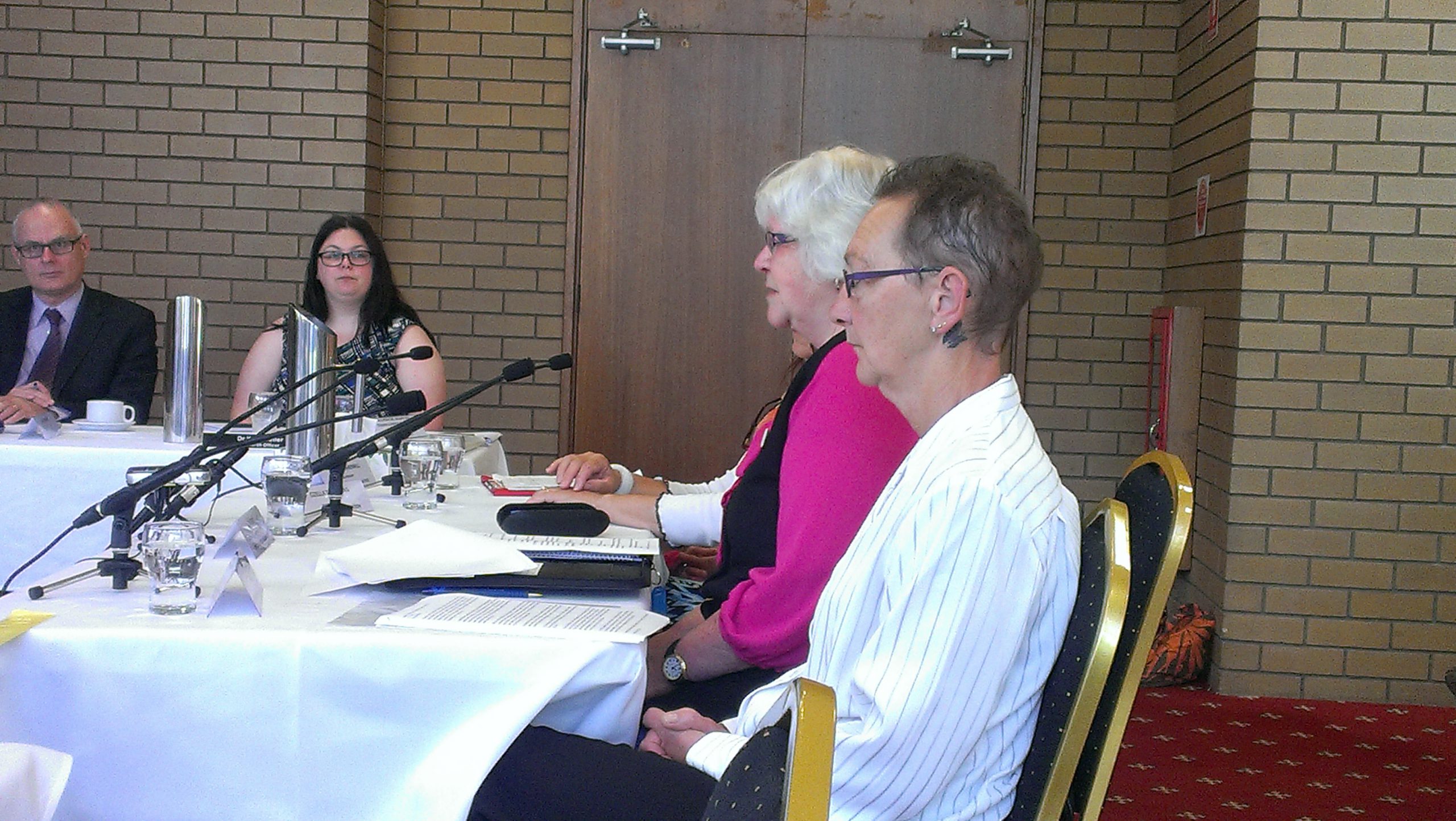 Improved training for disability workers and protection for whistle-blowers were among the issues raised at a Morwell public hearing for the parliamentary inquiry into abuse in disability services.

The Victorian Parliament’s Family and Community Development Committee sat at Kernot Hall on Tuesday as part of visits to regional areas across the state.

The committee is looking at why abuse is not reported or acted upon and how it can be prevented.

Gippsland Carers Association secretary and disability sector worker Lorraine Beasley told the inquiry in some organisations those who reported abuse were labelled ‘trouble-makers’ by management.

She said those in management positions should have experience in direct care.

“Managers need to have an idea of social justice,” Ms Beasley said.

Ms Beasley highlighted the need for improvements to Certificate IV in Disability to include assessments for attitude, saying there was such an approach when she undertook her training.

“We were all group interviewed and assessed and we were assessed for our attitude and people who did not appear to have the right attitude did not get into training,” Ms Beasley said.

“Now, they accept everyone. They can be trained in the physical stuff, but if it’s not in your core nature to do that sort of stuff… I don’t think you can make people become genuinely supportive and caring.”

However, she said a “good percentage” of staff did have the right attitude.

Gippsland Carers Association president Jean Tops told The Express after the hearing, the organisation believed the best way to protect people from abuse and neglect in disability services was the passing of new legislation to protect whistle-blowers from consequences for reporting.

Ms Tops, the mother of three children with disabilities, told the inquiry on Tuesday that despite having the background knowledge of the person they had cared for, families were often “vilified” by staff in disability services.

“Something needs to be done about advocacy for caring families to make sure they have an equal voice with care providers,” Ms Tops told the inquiry.

Ms Tops said mandatory reporting needed to be broadened to include all authorities that come into contact with people with a disability.

Asked whether the casualisation of the workforce was an issue, Ms Tops said it was “vitally important” there was a continuity of care for people with high needs.

Chris Trotman, chief executive of Cooinda Hill, which runs a day support program in Traralgon, told the inquiry there was a need for improved screening of disability workers, beyond a Working With Children and criminal records check.

The inquiry’s Interim Report was tabled in Parliament on 6 August and the final report is due to be completed by 30 April.