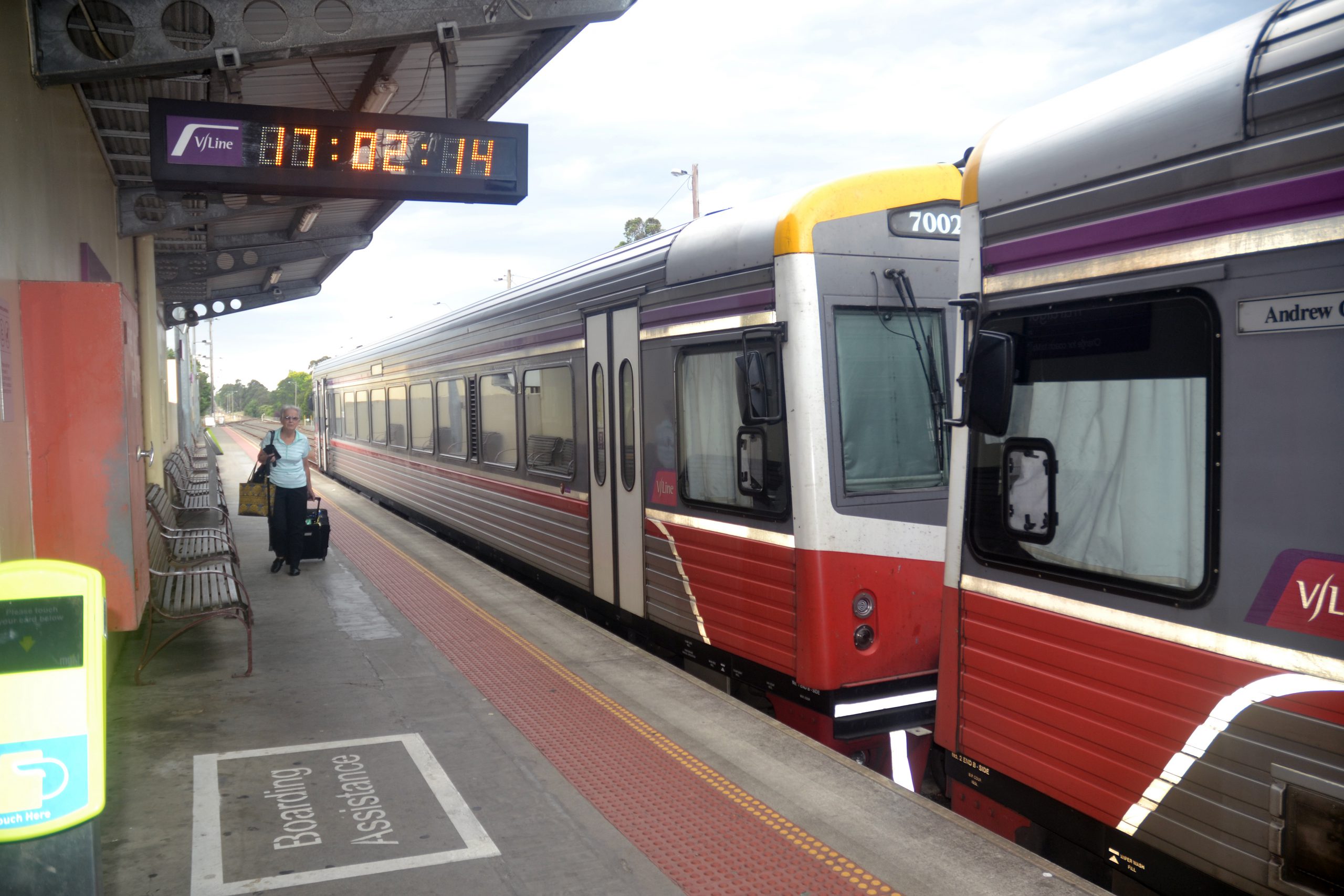 V/Line commuter Lindsay Albert is a regular visitor to Traralgon.

With friends in the area, he frequently boards the train from Melbourne and often spends the two-and-a-half hour journey chatting to loved ones on the phone.

That is until the train hits Warragul and his call is disconnected.

“The call cuts off and then I spend the rest of the trip trying to call them back.”

The problem appears to mainly affect long distance travellers, with commuters travelling within the Latrobe Valley not reporting the reception loss.

“I don’t really notice it,” Chloe Gibson, who travels between Moe and Traralgon for work, said.

“It does so every so often but it’s not really an issue.

But for the frustrated commuters travelling from Melbourne, a project launched by the State Government on Monday will seek to fix the mobile black spots.

Mr Albert said an improvement in mobile coverage was needed on the Traralgon service but was unclear how the issues could be fixed.

“How are they going to do that?” he said.

Small Business, Innovation and Trade Minister Philip Dalidakis said the Department of Economic Development, Jobs, Transport and Resources would commence a procurement process this month asking for mobile carrier partners to co-invest with the State Government on the project.

But Mr Albert isn’t so sure the scheme will provide the needed results.