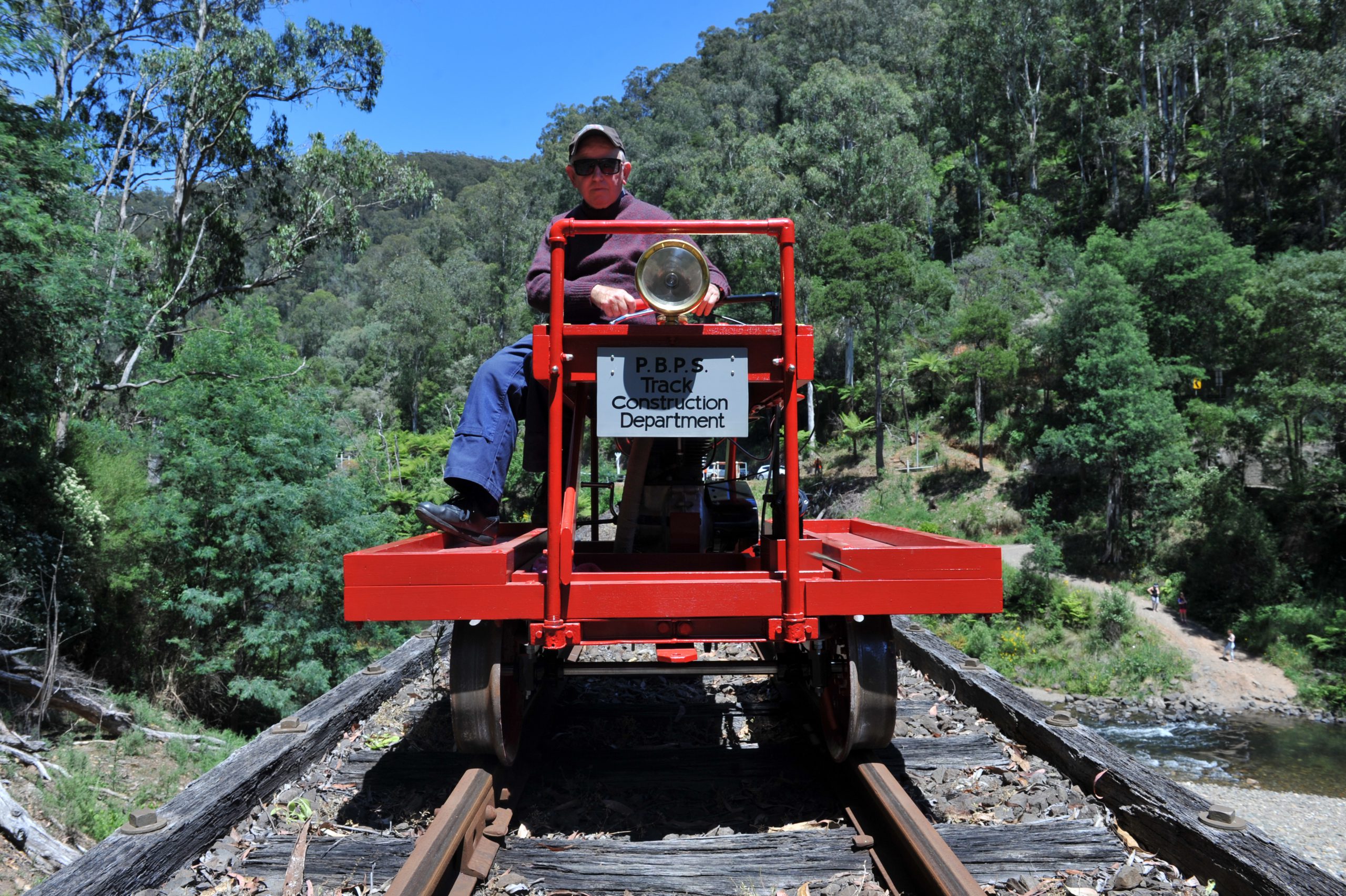 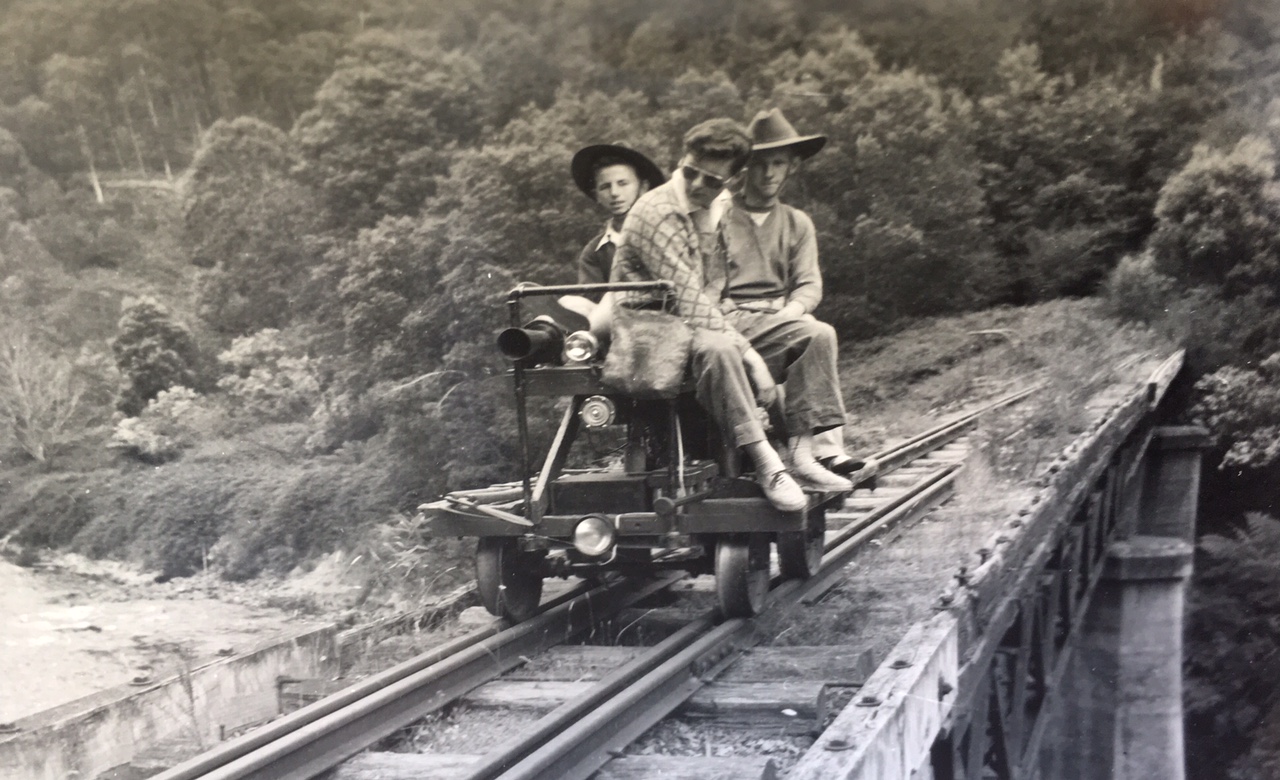 The last vehicle that ever ran on the Moe-Walhalla Railway before it was dismantled made a welcome return on Friday.

Don Marshall built the small ME1 trolley with his late friend Leigh Ellis in the mid 1950s to explore recently closed narrow gauge railway lines in Victoria before they were pulled up.

During their late teens the pair made several journeys along the Moe-Walhalla line, often forced to remove trees by hand and transport the trolley around landslips and other obstacles.

Last week Mr Marshall returned to travel on the restored ME1 between Thomson and Walhalla stations, the trolley’s first trip back to Walhalla since January 1958. He said the nostalgic journey had brought back memories.

“It’s been a place that’s always fascinated me and that’s why I keep coming back,” Mr Marshall said.

Since being used to help restore Puffing Billy between 1958 and 1963, the trolley was left in a back corner of the Menzies Creek Museum and in the 1970s the engine was stolen. Two years ago the museum embarked on a project to painstakingly restore the trolley, replacing the engine and timber on the tiny but impressive vehicle.

“It’s better than I remember, it looks far better,” he said.

Walhalla Goldfields Railway president Michael Leaney said it was important to have people who were involved in the railway in the past return to be part of it.

“It’s good to think there are people still around who were part of the original railway and actually experienced it,” Mr Leaney said.

“Given this particular vehicle was the last to operate into Walhalla (before the original line was dismantled) it’s quite a momentous event.”

He said now ME1 had been restored, Friday’s visit would not be its last.

“This is the first time it’s come back, I can assure it will come back more than once.”