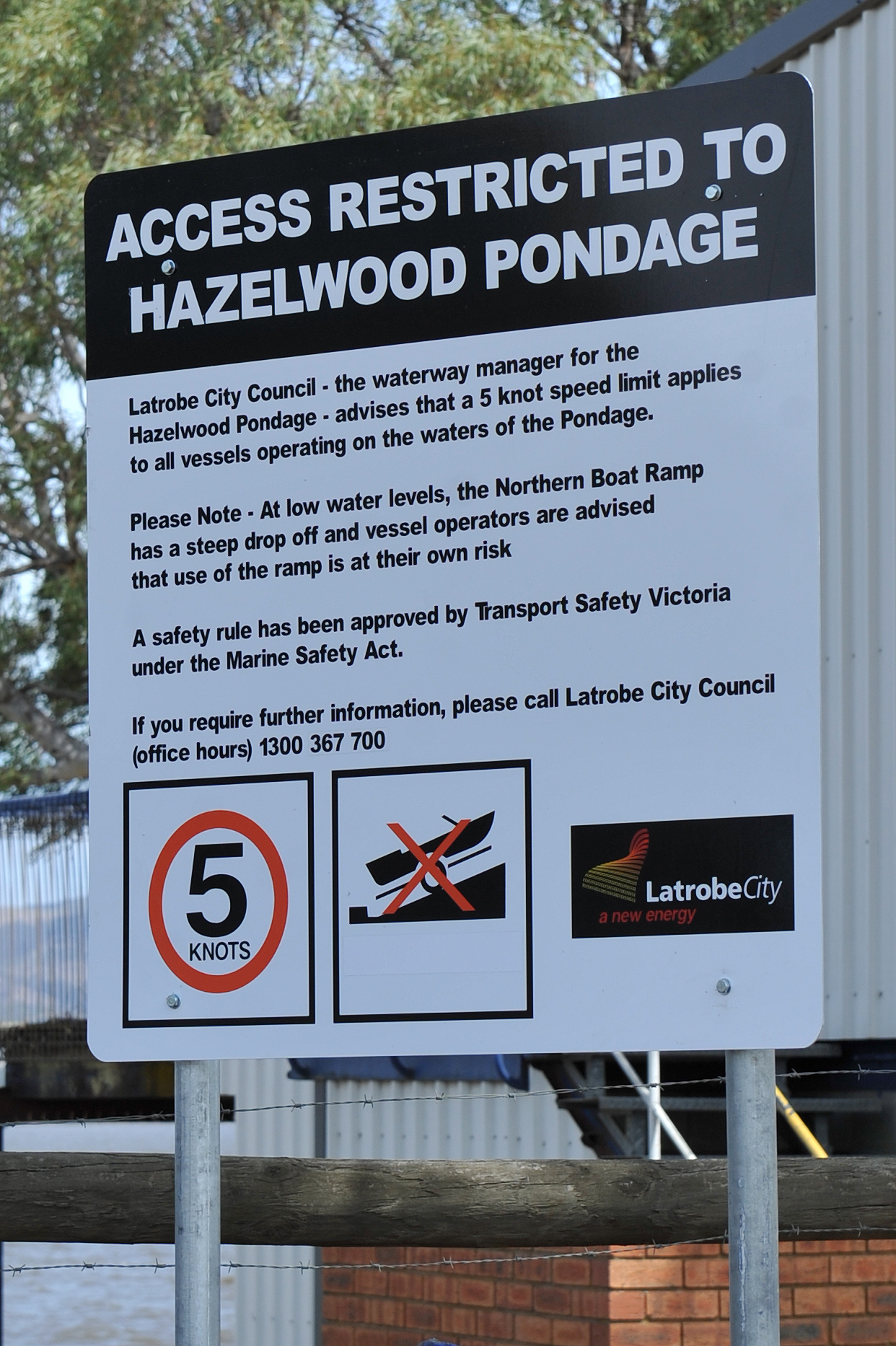 Latrobe City Council believes water levels at Hazelwood Pondage will get even lower than the current level which last week triggered a five knot speed restriction.

Council’s general manager of recreation and community infrastructure Steve Piasente said on Thursday, there were some very low points in the pondage which were made worse by dropping water levels. Predicted hot weather meant the levels could drop further.

According to council, the speed limit comes into play once the water level has dropped to 200mm below the spillway, which is currently the case.

Mr Piasente said community safety was the driving force behind the restriction.

“The five knot speed restrictions were developed by Transport Safety Victoria and GDF SUEZ, the former waterway manager, and is declared under the Marine Safety Act 2012 to ensure the safety of all vessel operators on the lake,” Mr Piasente said.

“The community should understand that this is not a new rule, and it is not designed to prevent people enjoying the waterway.

“The rule has been enforced for several years to ensure community safety.

“We do not want to see an accident or injury on the pondage, so limiting the speed is the safest way to ensure that all users enjoy their experience on the water.”