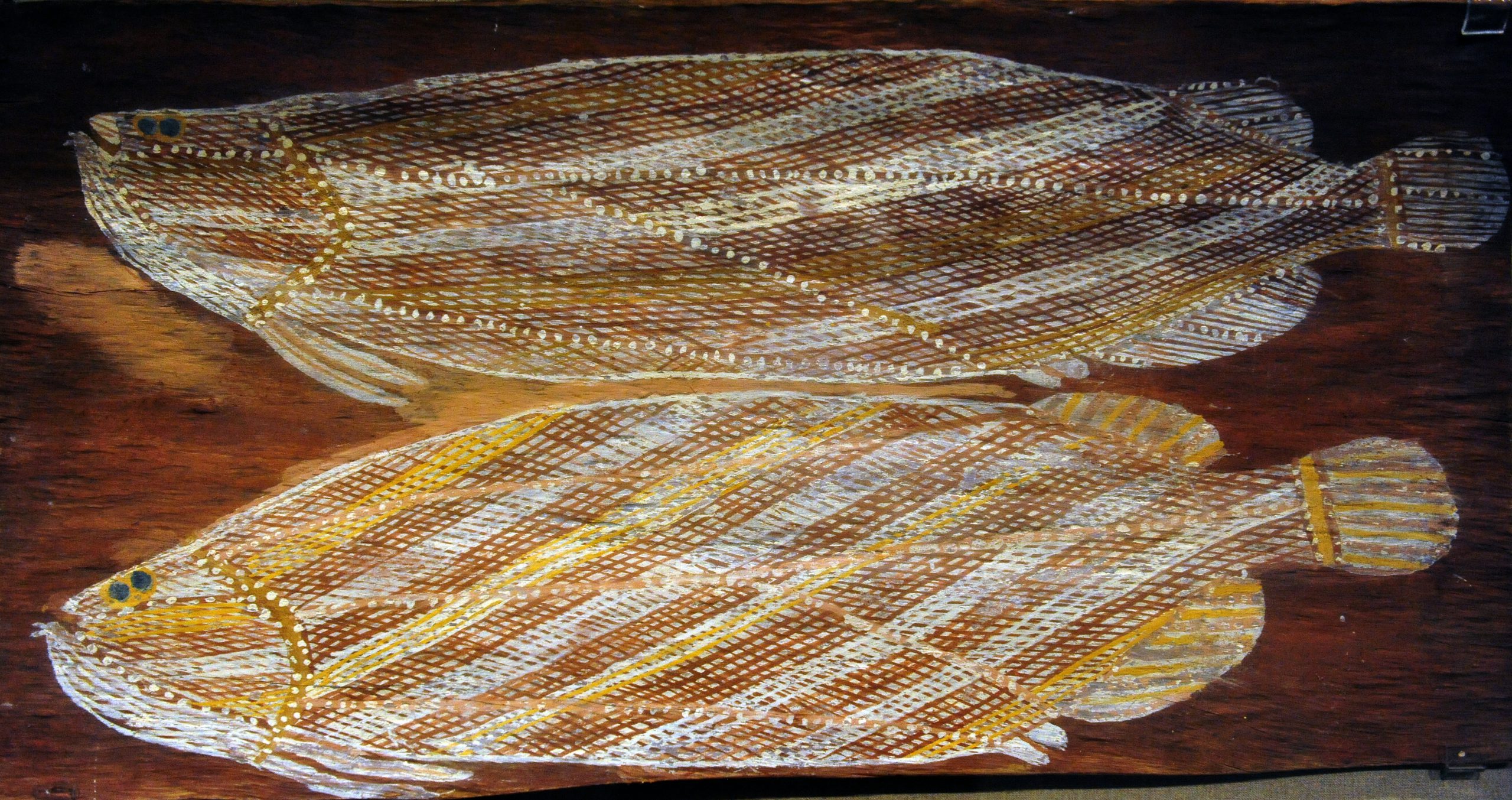 AN artist known for linking indigenous rock artists of the past to the bark painters of today is on show at Latrobe Regional Gallery.

A senior member of the Barabba clan from Arnhem Land, the indigenous artist underwent initiation rituals and ceremonies and was believed to possess special powers called ‘mankordang’.

He was said to have powers such as healing, journeying great distances at unnatural speeds and conducting sorcery.

A book on the CBUS Collection described his unique practice: “Mandarrk worked mostly in isolation away from non-indigenous settlements and steadfastly eschewed European influences such as the use of synthetic paints and other non-traditional materials.”

“He’s a cross between a mystic and an artist,” he said.

Dr Themann said bark paintings were more secular than rock painting and had less to do with indigenous ritual and spiritual practice.

He said bark paintings were important, but were items that could be traded.

Dr Themann said the National Gallery of Victoria regarded the work very highly and museums would “take the work in a flash”.

“Some of the work has been shown here before, but it’s not been shown like this in its entirety,” he said.

The exhibition also includes a documentary film about the artist.

The show will run until 13 March.