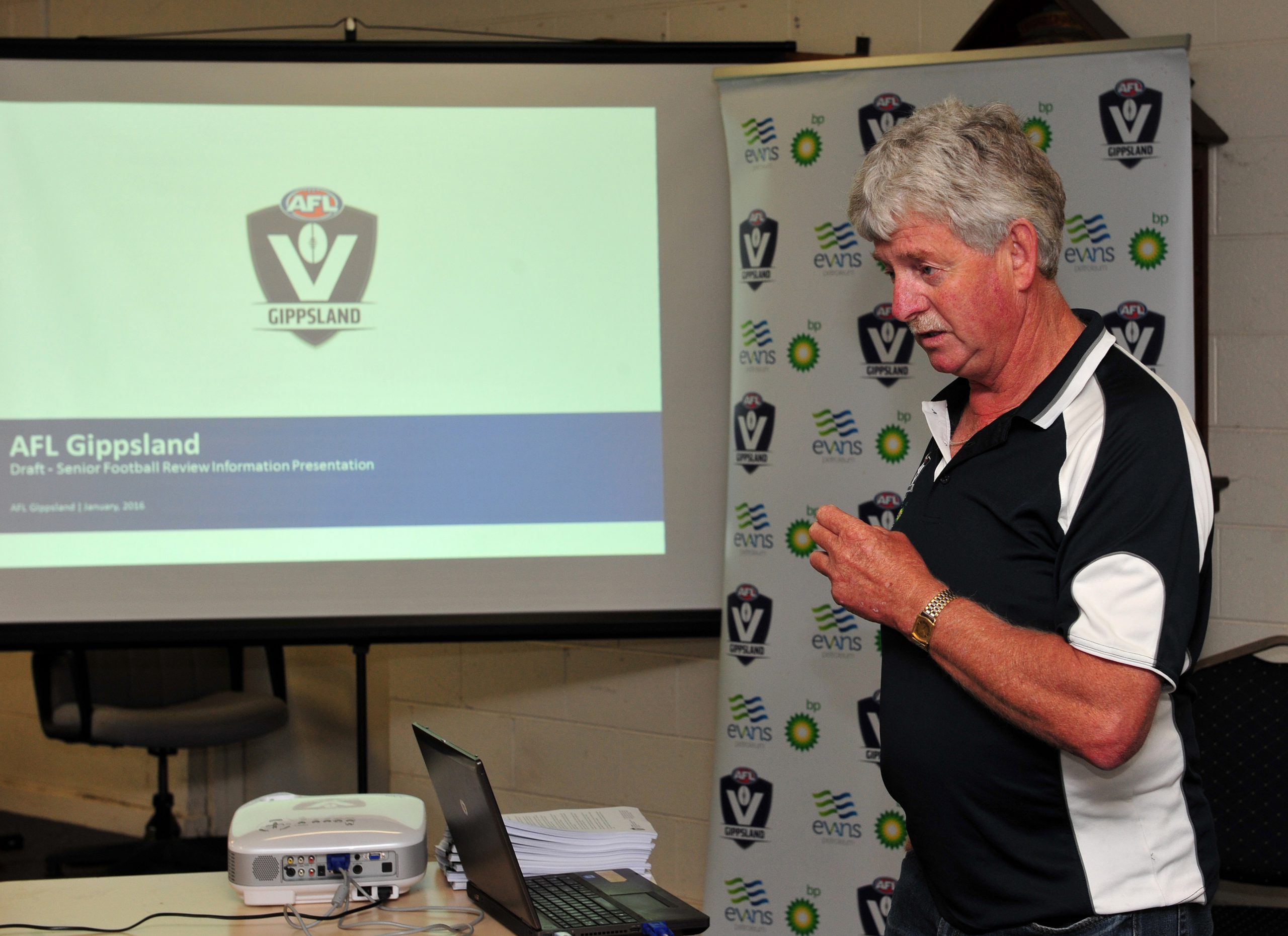 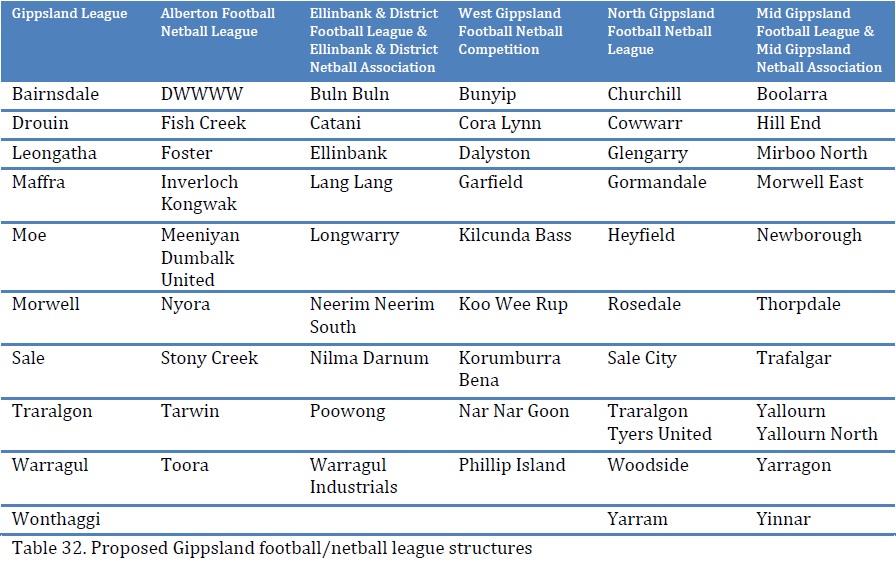 THE West Gippsland Football Netball League is set to be reformed in 2017 as the cornerstone of AFL Gippsland’s long-awaited senior leagues review draft recommendations.

Delivered to Gippsland’s clubs last week, the draft’s major structural proposal was to splice the existing Alberton Football Netball League and Ellinbank and District’s football and netball competitions with a resurrected WGFNL to form three nine-team leagues in the region’s west.

Another major proposal was Nyora Football Club being switched from Ellinbank to Alberton.

The Gippsland League, North Gippsland Football Netball League and Mid Gippsland’s football and netball competitions were not slated for change.

AFL Gippsland region manager Travis Switzer said the extensive project, which began in March 2015 and closely examined broad-ranging data from the past seven years, highlighted an urgent need for change at the western end of the region.

“There are 27 clubs across the Alberton and Ellinbank and District competitions and the close geographical nature of these leagues led the review committee to the possibility of three nine-team competitions,” Switzer said.

The structure has essentially cherry picked the stronger sides from both competitions to contest the WGFNL, which will be administered by AFL Gippsland with input from an advisory board comprised of key league stakeholders.

A range of models were considered, including promotion and relegation structures, however travel time emerged as a major sticking point during consultation.

“AFL Victoria are very keen to see promotion relegation where they can. If we did look at (it) it becomes an issue again (with travel times)… and we had to try and minimise that as much as we could,” Switzer said.

A similar system was also mooted regarding transience between the MGFL and NGFNL.

“There has been discussion too about North Gippsland and Mid Gippsland leagues having promotion/relegation in future,” Switzer said.

“At the moment those clubs are pretty comfortable with where they’re at but I could foresee that in the future that discussion could be had.”

With written feedback to be considered over the next six weeks, Switzer said changes could yet be seen with regard to which clubs play in which leagues.

Switzer said the increased opportunity for movement between leagues for the sake of competitive balance, outlined in the review, had been largely embraced by clubs who in some cases had felt “stuck” in extended ruts.

“The review committee believes that it was important for there to be flexibility for future changes of the Gippsland region,” the draft reads.

“If there are clubs that are proven to be unable to compete over a certain period of time in one league, the club should have the option to propose a change of leagues for AFL Gippsland to review such a proposal as required.”

AFL Gippsland chair Brian Quigley said he would not be surprised to see interest from clubs within the AFL South East umbrella to express interest in the new-look region.

“I would be amazed when this model comes out if there’s not some interest from South East clubs,” Quigley said.

“There are borders with our commissions so we have to be careful we don’t go recruiting, but if that does happen there will certainly have to be some work done between the two commissions.”

The review also recommended a formal review of governance structures in senior football and netball leagues be conducted for ongoing sustainability of competitions and member clubs.

The senior leagues review was created in January 2015 and followed on from the 2011 Review of Country Football in Victoria which highlighted the sustainability of clubs as key to the game’s future.

As such the AFL Gippsland-powered review focused on issues of competitive balance in leagues and club sustainability by cataloguing an impressive cross-section of detailed research and consultation.

“It’s the best picture that’s ever been presented of Gippsland football in particular, there’s never been this sort of documentation before,” Quigley said.

“Really for the wider public they’ll find out a hell of a lot about Gippsland football (by looking at this).”

It will now await written feedback for the next six weeks before adopting a final structure to be implemented in 2017.

To view the review in full visit the AFL Gippsland website.