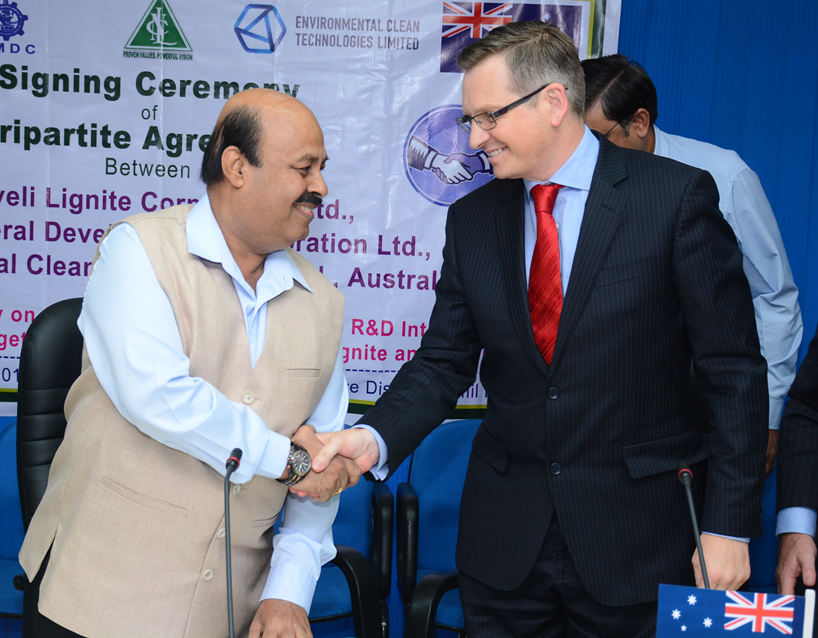 A company chaired by a Gippslander has turned to India as the launching pad for a new brown coal technology it eventually hopes to bring to the Latrobe Valley.

As part of the agreement, the trio of companies will build an integrated ‘Coldry’ coal drying demonstration plant and ‘Matmor’ pilot iron ore plant to turn the resulting dry coal into crude steel.

Construction is expected to begin mid-year at India’s largest brown coal mine.

The companies aim to commercialise both Coldry and Matmor in the Indian market before expanding the technology globally, including bringing it back to Australia where ECT says there are several potential projects in the Latrobe Valley going through the feasibility stage.

ECT chair Glenn Fozard, from Willow Grove, said the company wanted to direct brown coal away from electricity generation toward higher value production such as steel.

Mr Fozard said the company had looked to India because of that country’s combination of “supportive factors” such as government policy, available infrastructure, expert skills in steelmaking and an industry willingness to try new ways of improving its resources.

Gaining similar support in Australia had been difficult, he added.

“The adoption in India of these technologies will likely speak volumes for adopting it here in Australia,” Mr Fozard said.

“The reality is this (technology) will happen, it’s just a matter of time.

“Our view is to develop it in another country, still own it as Australian, prove it in an environment that is more amenable to technological development and then bring it to Australia.

“At the end of the day, there’s a valuable resource down there (in the Latrobe Valley). We cannot give up on the challenge of finding technologies to make better use of that resource.”

Dr Gurney said the Latrobe Valley had the lowest rank coal in the world and was the best place to do these types of projects, however projects would follow interest.

He said the state and federal-funded Advanced Lignite Demonstration Program was progressing and pointed to interest in coal to hydrogen technologies, but there were no clear signals from government whether it should or shouldn’t be going ahead.

In November last year the State Government launched a review into the program, aimed at diversifying the Valley’s coal industry base away from power generation.

“You can see in China a thriving coal chemical industry and in Japan, Latrobe Valley coal is being used in value added products. There is significant interest in Australia, but Australia is not following the lead of others and making investments,” Dr Gurney said.