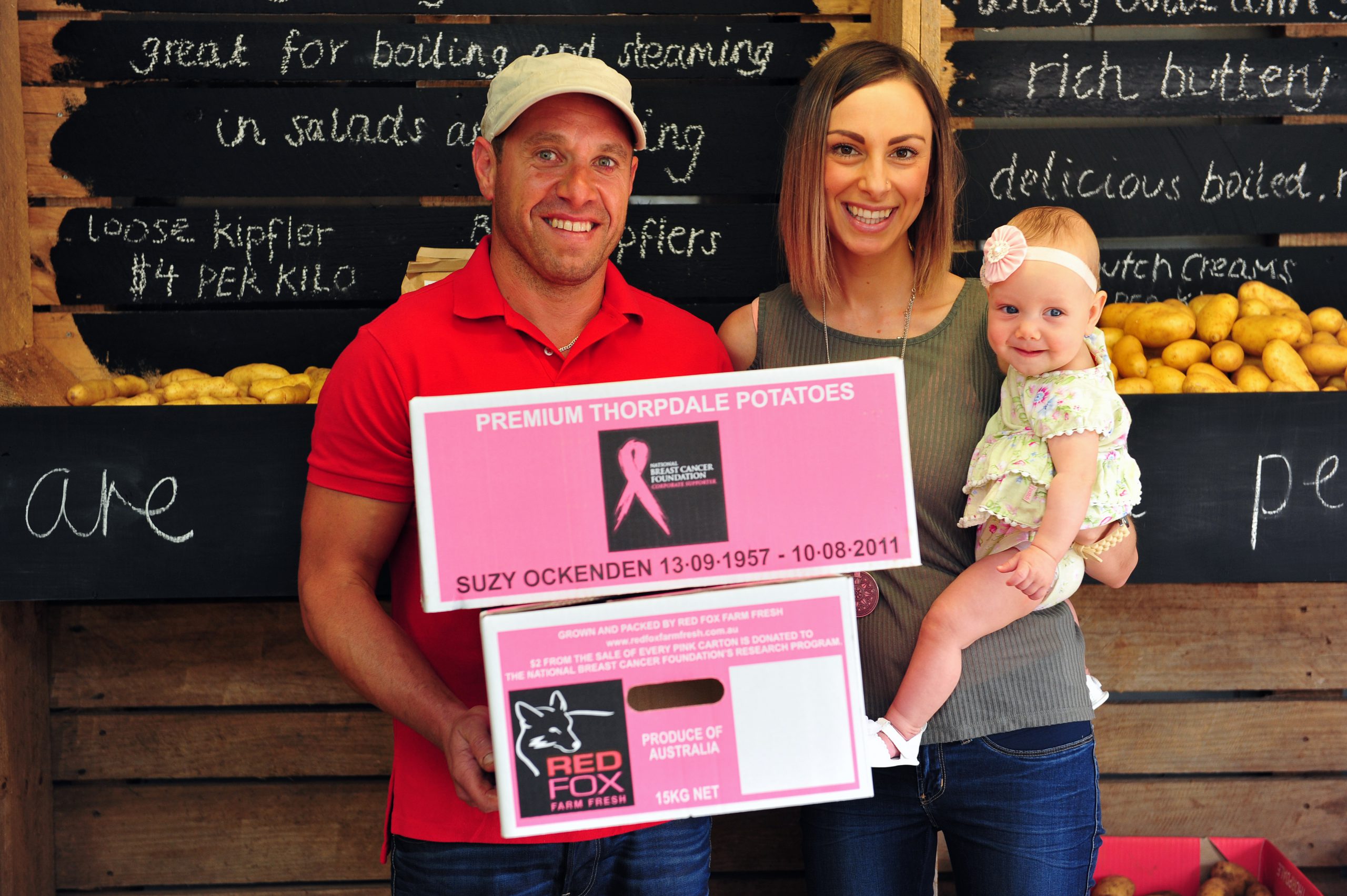 The campaign, in memory of Thorpdale woman, Suzy Ockenden who died of breast cancer in 2011, is a cause close to the Carpinteris’ hearts.

Diagnosed at 41 years old with primary breast cancer that previously went undetected, Ms Ockenden was given 18 months to live, but defied the odds and survived for 12 years.

“She was a celebrity in Thorpdale. A lady in town that everybody loved,” Mr Carpinteri said.

The farmer said his mother had also survived breast cancer in 2000, and only two or three years later her sister was diagnosed, but survived.

“The statistics would say it’s in the family and I have four nieces, two sisters, a wife and a new baby girl,” he said.

The hand-picked Dutch Cream and Kipfler potatoes are distributed through Melbourne, Sydney and Brisbane, and sold locally at the Red Fox Farm Fresh shop opposite the Travellers Rest Hotel at 42-44 Station Street, Thorpdale.