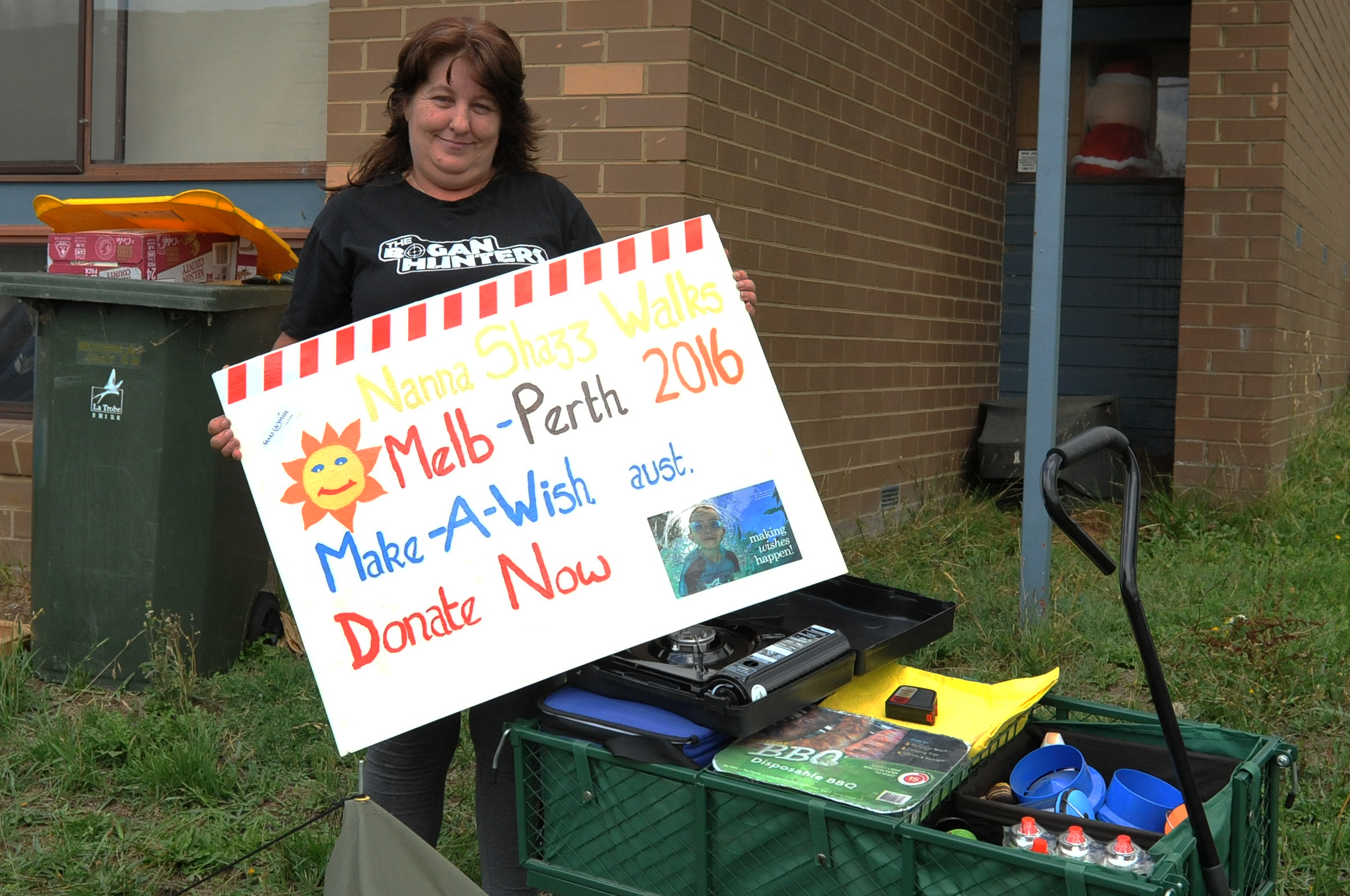 On Wednesday the grandmother and Golden Thong award-winning bogan will begin her trek from Melbourne to Perth to raise money for the Make-A-Wish Foundation.

Nanna Shazz will venture across the Nullarbor Plain for the trip, which started as a joke between friends.

“I was talking to a friend and said I’d never been to Perth and joked the only way I could go was to walk and she said ‘why not?'” Nanna Shazz said.

She believes the journey would take at least a couple of months, but has no set timeframe.

“I’m doing it my way at my own pace,” Nanna Shazz said.

“But I’m very independent and very stubborn and I’m determined to finish it.”

Inspired to raise $50,000 for the foundation the local celebrity teared up as she spoke about the cause.

“I’ve had friends who went through Make-A-Wish before,” she said.

Pulling a trolley containing a swag, one burner barbecue, Esky, prepacked salads and clothing, Nanna Shazz will document her journey in an attempt to drum up extra cash.

“The photos I take along the way I want to use to create a calendar to sell for Make-A-Wish,” she said.

Film footage will be uploaded online in the form of a video diary and she hopes to create a mini-movie once her journey is complete.

Nanna Shazz said she was not worried about the 3400 kilometre trip.

“The other hard thing is being away from my two grandsons and partner, and I will miss a couple of important birthdays.”