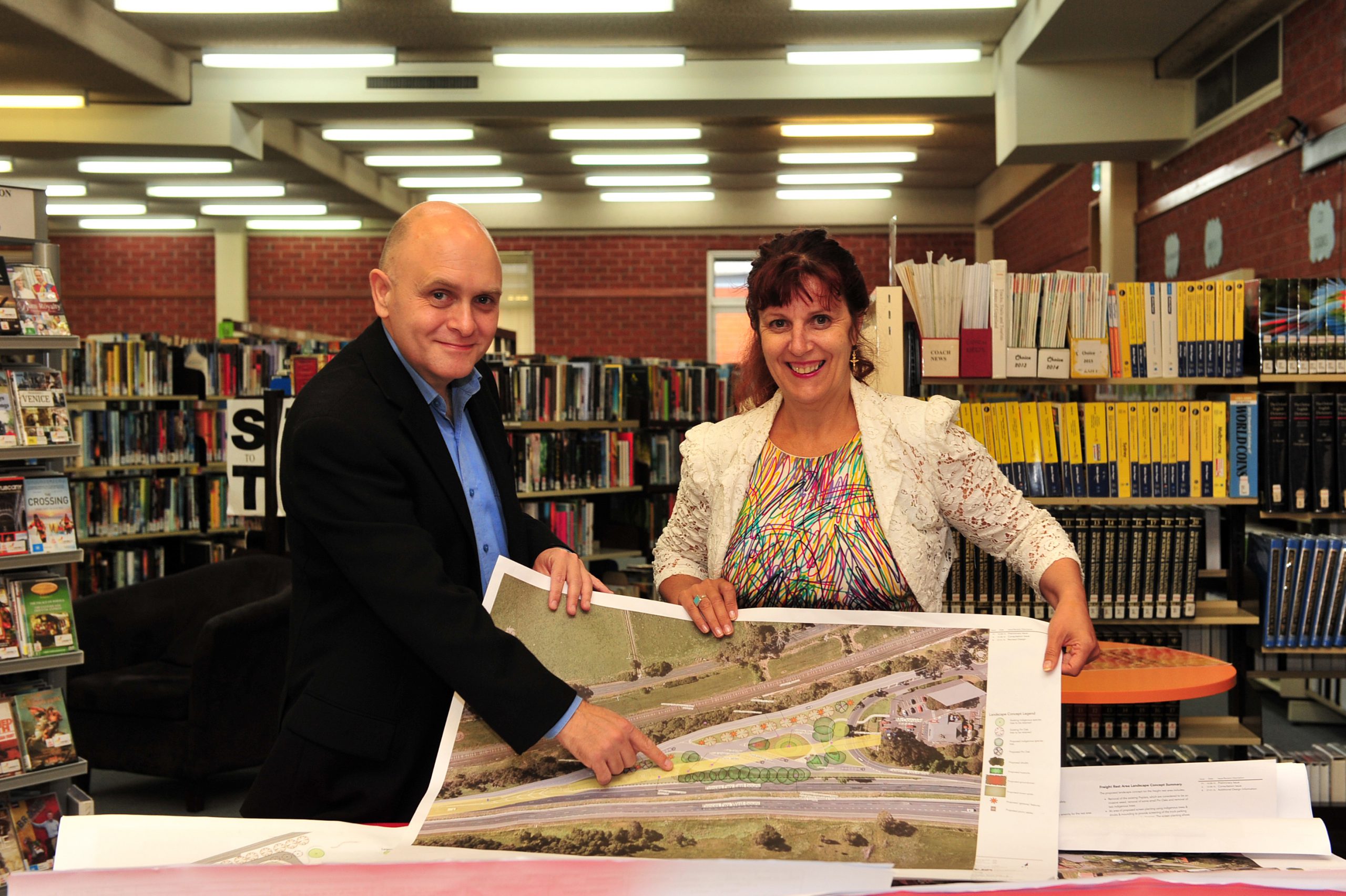 A lighting feature, seasonal foliage and sculptures are among the ideas mooted for the $2.6 million Latrobe Valley gateway project at the western entrance to Moe.

The landscape design for the project is almost complete and the public will get the chance to see the plan and have its say next week.

Latrobe City deputy mayor Sharon Gibson said the gateway would be like “rolling out the red carpet” to welcome visitors to the Latrobe Valley.

She hopes it will position Moe as the gateway to the Valley, as well as to Walhalla, Mt Baw Baw and Lake Narracan.

The plan is being developed by VicRoads and Latrobe City Council with help from Committee for Moe, Moe Traders, Old Gippstown, Make Moe Glow, Moe Development Group and McDonalds.

It includes a high standard truck rest area with architecturally-designed landscaping, improved signage and lighting on the Princes Freeway approach to Moe, new on and off ramps and extra parking for cars, buses, RVs and caravans at Old Gippstown.

As part of the plan, the poplar trees obscuring the entrance to Moe have been earmarked for removal and the large gum tree would stay, while an existing row of pin oak trees would be continued further to create a feature.

A proposal to plant foliage which changes colour with the seasons has also been put forward.

“You will always have the colour coming into the town, it will be changing so it will never get stale,” Cr Gibson said.

“It will be changing and interactive.”

One suggestion is to plant the Moe grevillea.

VicRoads regional director eastern region Scott Lawrence said discussions were underway with the community about the planting of other trees to form the gateway vista. VicRoads now wants feedback from the public on the project.

“Currently the landscape design plans are about 80 per cent complete and we are seeking feedback from the wider community who can make a meaningful contribution to the look and feel of the new gateway,” Mr Lawrence said.

VicRoads is still seeking state and federal funding for the project under the Commonwealth’s Heavy Vehicle Safety and Productivity Programme.

The plans for the gateway project will be on display at a community drop-in session at Moe Library on Wednesday 17 February from 2.30pm to 7.30pm. Staff from VicRoads and Latrobe City, and the landscape architect, will answer questions and listen to feedback.