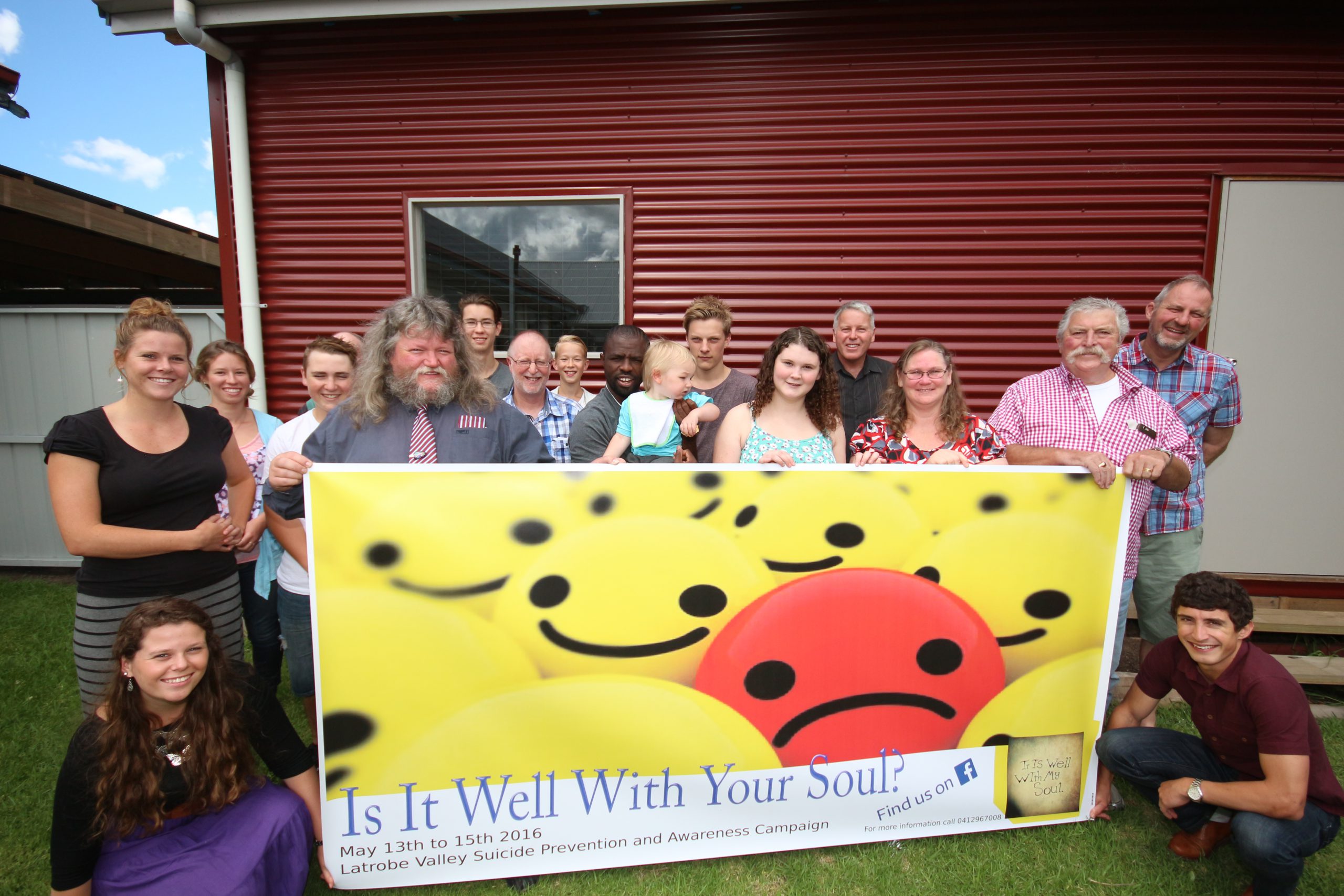 Losing a relative to suicide has prompted a Morwell pastor to run a suicide prevention and awareness campaign, hoping to let people know they’re not alone.

The event, duly named ‘is it well with your soul?’, will reach out to diverse groups of people with activities planned for youth, men and the general public.

Christian Community Church Morwell’s Peter Harvey is not shy about the faith-based message he hopes to portray.

“One of the fears a lot of people will have will be, well what do the churches know? What answer do they have?” he said.

“And we’re very much sensitive and aware that there is a demarcation line on depression and mental health.

“We get that and we understand it and we’re not here in the sense saying we’re trying to fix this problem.”

Pastor Harvey said the event would let people “who actually do need a place to belong” know there were accessible communities, such as the church, around.

“Sometimes, that’s all people need – especially the elderly and people who are in dire situations – faith works,” he said.

The faith of a Christian lawyer, who wrote a hymn of hope, ‘it is well with my soul’ while mourning his four daughters, is the inspiration behind the campaign.

Horatio Spafford’s hymn will feature in a flash-mob style choir, whose members are set to surprise the Latrobe Valley when they appear publicly over two weeks leading up to the event.

The idea is for the choir to promote the youth rally, men’s breakfast, suicidal awareness training and a public Q&A talk show, set to feature over the weekend of 13 to 15 May.

Pastor Harvey believes it will have a twofold effect for the church itself and for those who have never before set foot inside of one.

“(The campaign will) immediately try to get people who are lonely and desperate and offer them a community and say, ‘look, it’s the church’,” he said.

“The other side of it, the flipside of the coin, is to get the church to a point where they have a greater awareness of what’s going on out there in the area of suicide.

“Awareness is the big factor on both sides.”

Pastor Harvey said the campaign would be a step towards working alongside organisations such as Lifeline and beyondblue in the future.

For more information about how to get involved in the choir, promotion or running of the event, phone Peter Harvey on 0412 967 008 or email peter@cccmorwell.com

If you are concerned for your own mental health or that of someone you know, there is help available.