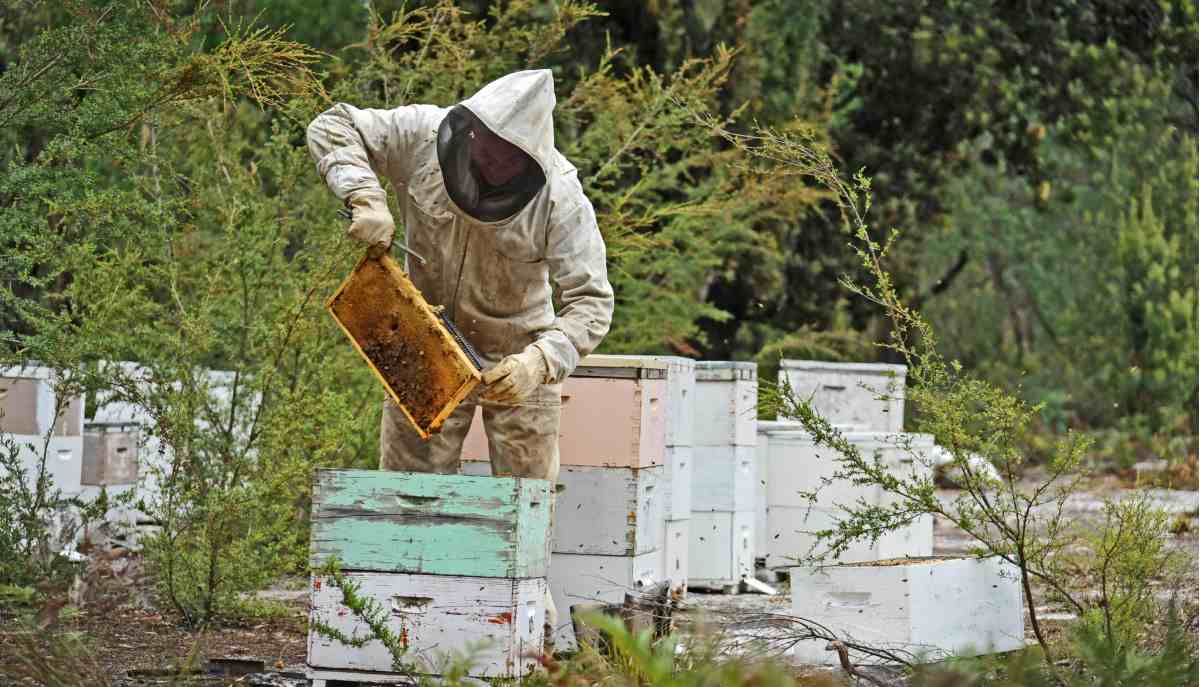 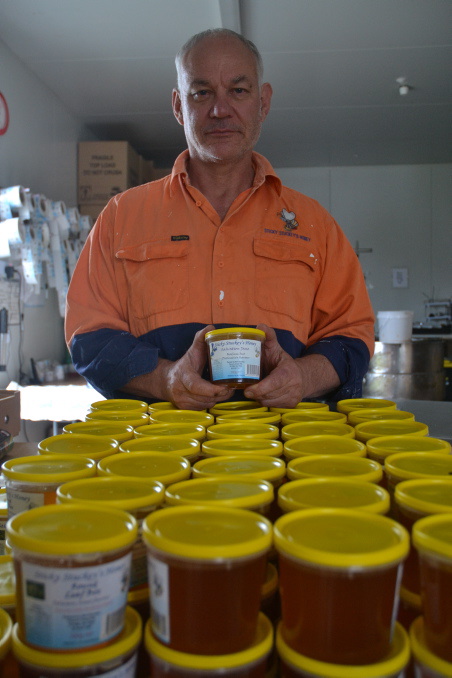 Neil Stuckey said an Irish study reporting honey was contaminated with high concentrations of natural poisons linked to disease was misleading and exaggerated in the media.

His business Sticky Stuckey Honey, based on about 12 straight flavoured varieties of honey, differs from blended supermarket honey produced to create a homogenous colour, viscosity and flavour.

But his assortment of flavours is a sticky one for consumers with a taste for the unique and dark characteristics of the ‘Salvation Jane’ variety.

The flower, known for containing the pyrrolizidine alkaloids, and also found in three per cent of plant species such as grains, teas, herbs and eggs, has been reported to cause liver damage to both humans and animals when exposure is high over an extended period of time.

To date there have been no reported health problems from eating the honey variety.

Mr Stuckey said he had provided the Food Standards Australia New Zealand information to Salvation Jane consumers for 25 years and only sold the product in small quantities to commercial packers.

“It’s a naturally occurring toxin in a plant, so it’s nothing that man has done,” Mr Stuckey said.

“It’s about having moderation in life.”

In 2004, FSANZ advised honey producers to continue a practice of blending Salvation Jane honey with other honey to reduce pyrrolizidine alkaloids to a safe level.

Mr Stuckey said he was probably unique selling the variety ‘straight’, but had been informed by a supplier the variety was near extinction due to fungal and beetle issues with the plant.

“It’s a two-edged sword, because you’re telling people exactly what it is, it’s the full flavoured Salvation Jane instead of diluting it,” he said.

“It’s pretty much eradicated and there’s none in Victoria that I know of. I won’t be getting it again, this is the last time I’ll have it.”

The Australian Honey Bee Industry Council said the Australian honey industry had been well aware of the issues of natural plant alkaloids in honey from across the world for many years.

As a consequence of historical research about natural plant alkaloids, the council said there was insignificant production of Salvation Jane honey in Australia.

It also called the recent Irish study alarmist and ignorant of key facts, overstating the consumption of honey and underestimating the average body weight of an adult – 60 kilograms compared to Australian Bureau of Statistics figures of 71.1kg for a woman and 85.9 kg for a male.

“Based on the reported average pyrrolizidine alkaloid content of Australian honeys, the average 75 kilogram adult would need to consume 500 grams of honey daily to reach this precautionary level,” University of the Sunshine Coast scientist Peter Brooks said.

Pyrrolizidine alkaloids are naturally occurring secondary plant chemicals often used by plants as their natural defence mechanism against herbivores. They are found in more than 6000 plant species and can be transferred to honey from the pollen and nectar produced.

What foods do pyrrolizidine alkaloids occur in?

Pyrrolizidine alkaloids can occur in any plant based food or in foods derived from animals whose diet includes plants.

They have been detected in teas, herbs, salads, milk, dairy products, grains, cereals and honey.

How toxic are they and what is the risk to human health?

Food Standards Australia New Zealand have found no evidence from the significant human epidemics or outbreaks of illness that pyrrolizidine alkaloids cause liver cancer in humans. The major effects are hepatocellular injury, cirrhosis and veno-occlusive disease of the liver.