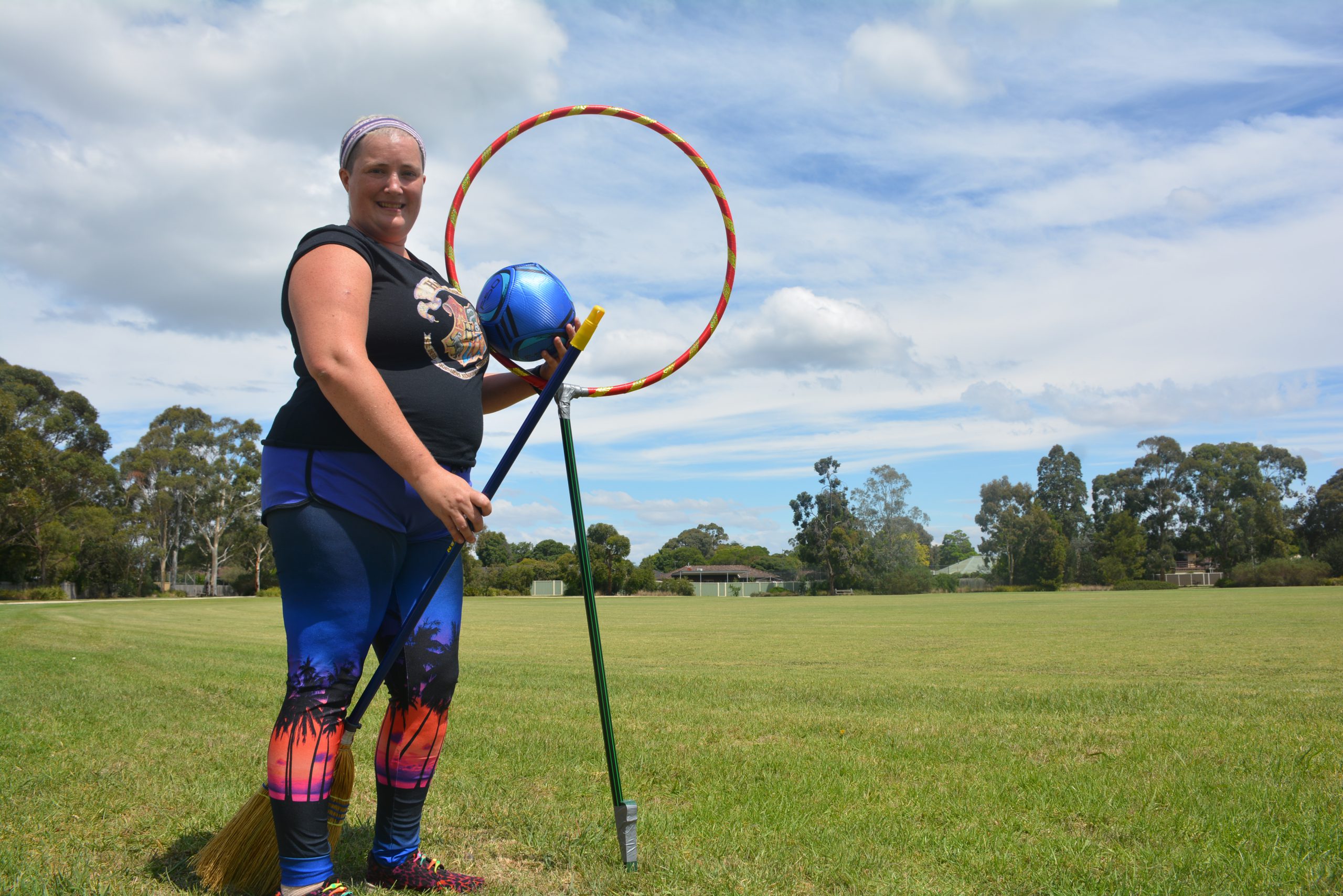 Once reserved for the wizards of the popular Harry Potter novels, Quidditch has leaped from the pages and into the real world with the introduction of a Gippsland Quidditch league.

Organised by Sale mother Rhiannon Baker, the Gippsland Griffins is providing local ‘muggles’ (humans in the wizarding world) an opportunity to join the fantasy sport for some real competition.

Inspired to bring the game to Gippsland after suffering a broken ankle, the former roller derby player was looking for a sport just as “fast paced and contact heavy”.

“I couldn’t play roller derby anymore and Quidditch is quite similar in the physical aspect – there’s a lot of stuff that crosses over between the two sports,” Ms Baker said.

With leagues in Wangaratta, New South Wales and Victorian universities, Quidditch is slowly gaining a cult following across Australia.

The all-inclusive sport consists of all the elements of the wizard version, brooms and all; however, one aspect will be left in the books.

The high impact game involves teams of seven players – one keeper, two beaters, three chasers and one seeker, played in the fantasy series by the title character.

Mixing elements of rugby, netball and handball, players run with broomsticks between their legs, aiming to throw the ball between the three hoops at each end of the Quidditch pitch to score points.

The ‘snitch’ is played by an individual player dressed in yellow who has the snitch – a tennis ball in the non-wizard version – hanging from his or her pants, which the seekers try to grab to win 30 points, and often the game.

“The snitch is the funniest part of the whole thing… the seekers have to catch it without making contact with the person” Ms Baker said.

Still in its early stages, Ms Baker aims to have a Gippsland team formed in the next month or so.

“Hopefully the popularity of the Harry Potter franchise will see a few faces come and give Quidditch a go, it’s high impact, fast paced but a lot of fun,” she said.

A demonstration is planned for the Live WELLington event next month and training is scheduled to begin in April.

Ms Baker also has her sights set on a Quidditch tournament scheduled for mid year in Melbourne, subject to numbers.

The Gippsland Griffins Quidditch League is open to males and females aged from 16 years.

How to play Quidditch