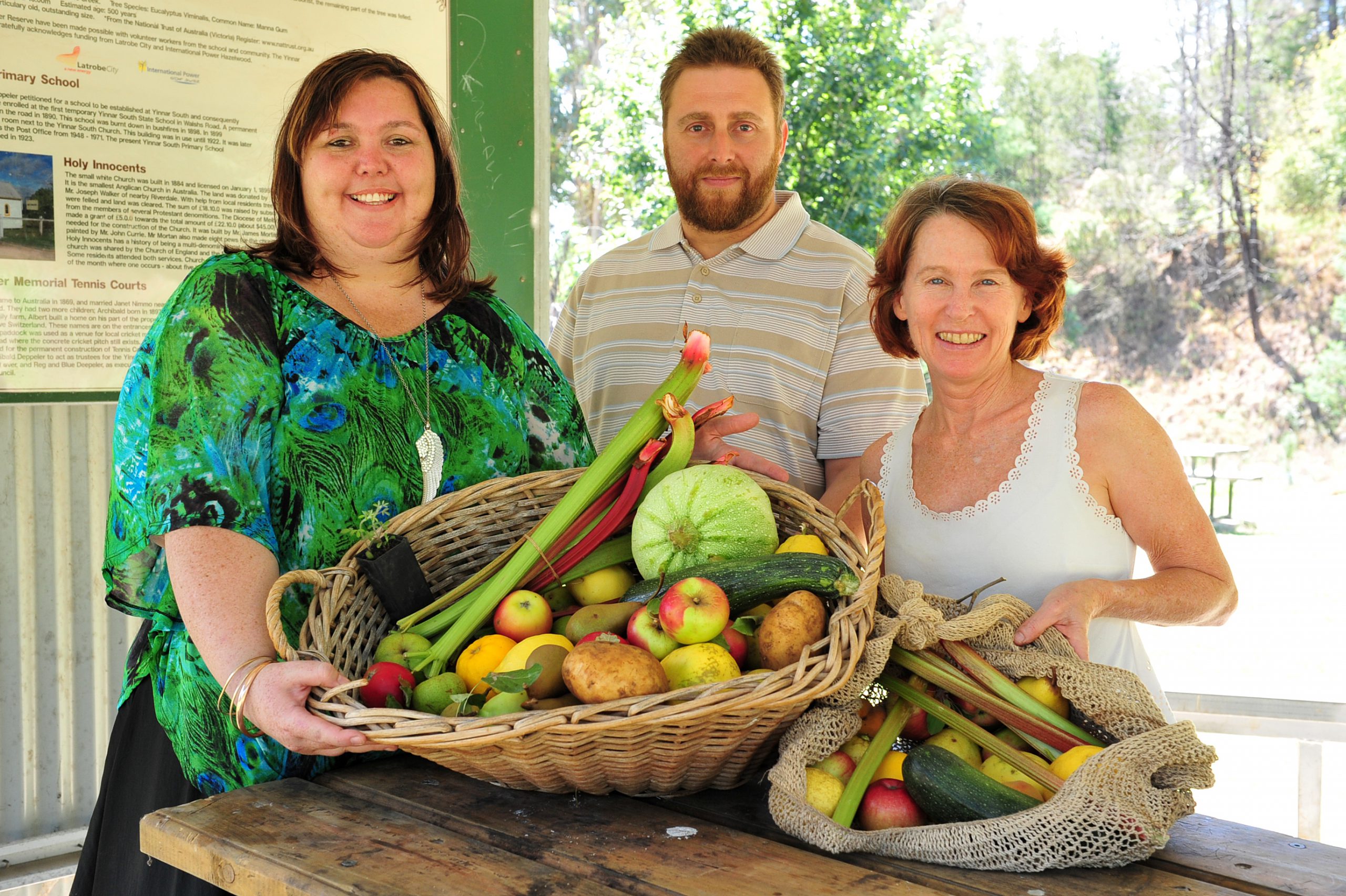 A YINNAR South woman’s vision to share home-grown produce with residents in the area has led to a local food swapping network.

The idea is for farmers and veggie growers to pool produce and take what they like, reducing food wastage and food miles while supporting a local paddock to plate system.

Melissa Ferguson set up the ‘Yinnar, Yinnar South, Boolarra and Surrounds Food Network’ online last month, and has been taken aback by the numbers who have already jumped on board.

“I just did it on a whim. I just thought, I’m going to put it out there and see what happens; there must be other people thinking the same way,” Ms Ferguson said.

“And yeah there is, so it’s exciting.”

Ms Ferguson wants to see her community source locally-produced food and residents supporting one another with a fair food supply system.

Her own farming background has fed her passion for home-grown, natural produce and she hopes the network will bring back that concept of family farms.

“I’d like to see it regenerate communities and people supporting one another. I think the little bit of that has been forgotten,” she said.

When the time is right, participants decide on a communal meeting time and place to gather and swap their food.

Boolarra resident Wendy Wills has five acres of land and an established fruit orchard that produces “an abundance of fruit”.

She joined the network to share her produce with the belief it would benefit those after a simplistic lifestyle.

Whether they’ve got cooking apples, 30 kilograms of pears or even seedlings and plants to share, Ms Ferguson said the network would be inclusive of everybody.

“Because people did show interest from elsewhere, we don’t want to exclude anybody,” she said.

“Anyone can come along and join in or they can feel inspired to start their own in their area.”

Twelve people and their children took part in the first food swapping meet, held in Boolarra at the end of February, and about 70 people have joined the Facebook group.

Ms Ferguson has also received interest from several community gardens, businesses and neighbourhood houses in the area to support the initiative and future gatherings.

The next food swap will be on Sunday, 20 March at Yinnar South’s Martin Walker Reserve from 2pm.