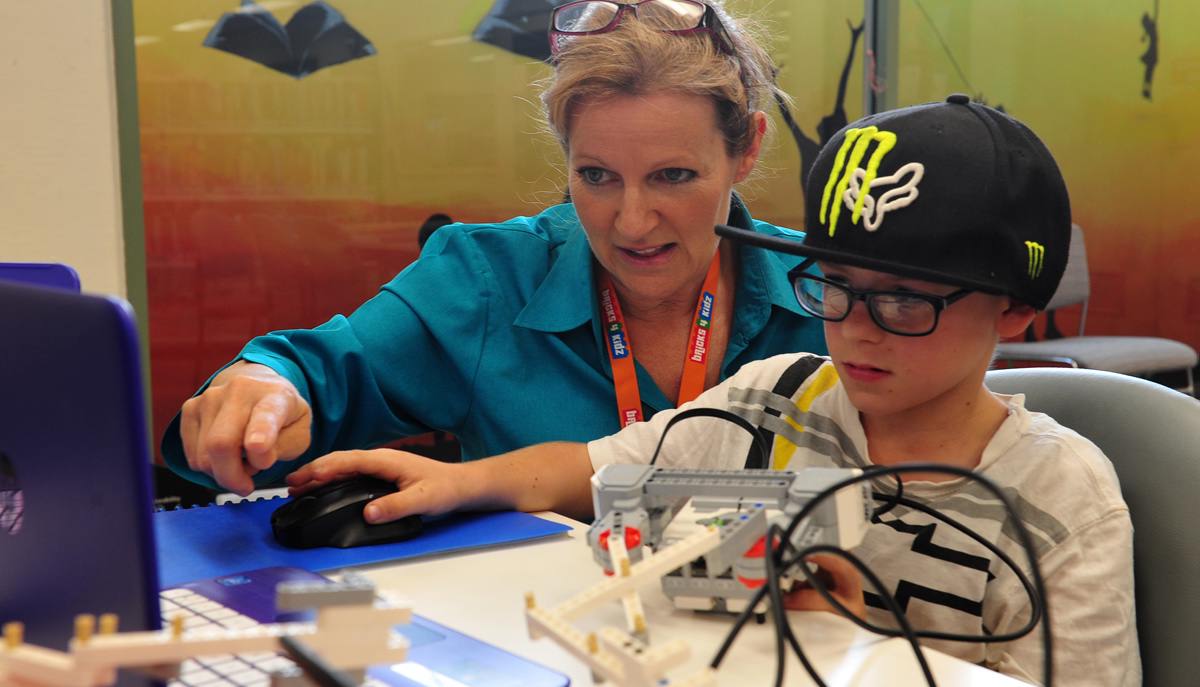 Libraries are not often associated with young kids making noise and having fun.

But an after-school Lego-based program at Latrobe Valley libraries encourages just that.

Bricks 4 Kidz Gippsland owner Cath Stoney said the program was aimed at getting children back into libraries.

“We want kids to really build that love of learning and get back into the libraries, to change that perception that their mums and dads might have,” she said.

“(As children) mums and dads were told to be quiet but we don’t want kids to be quiet, we want to hear what they have to say and we want them to explore things.”

The program uses Lego pieces and motorised parts to teach science, technology, engineering and mathematics in a practical way. It also helps develop a child’s problem solving and creative techniques.

One of the classes is ‘EV3 Mindstorms Robotics’ for ages eight and older, in which children first build their model and then program it to perform tasks such as drawing.

“Essentially they’re learning to program from a foundation and they learn by trial and error; learn through failure,” Ms Stoney said.

“That’s the fun part – they run back and forth, wearing the carpet out between the computer and the test bench.”

The other class is ‘Mission 2 Space’ for children aged five and older, which focuses on gravity, balance and laws of motion as they build a centrifuge.

They might seem like very complex concepts for youngsters to grasp but Ms Stoney said Lego was “the language” of children.

“It’s hands-on so they pick up the concept and terminology instantly when it’s something that they relate to,” Ms Stoney said.

“Not all people learn from reading, they actually learn through the experience and doing it.”

The children work in pairs on their Lego models, which Ms Stoney said could build confidence.

“This is really big on building that social connection, teamwork (and) resilience, which is important to us,” she said.

Classes at Morwell Library are on Thursdays from 3.45pm to 5pm until 24 March.