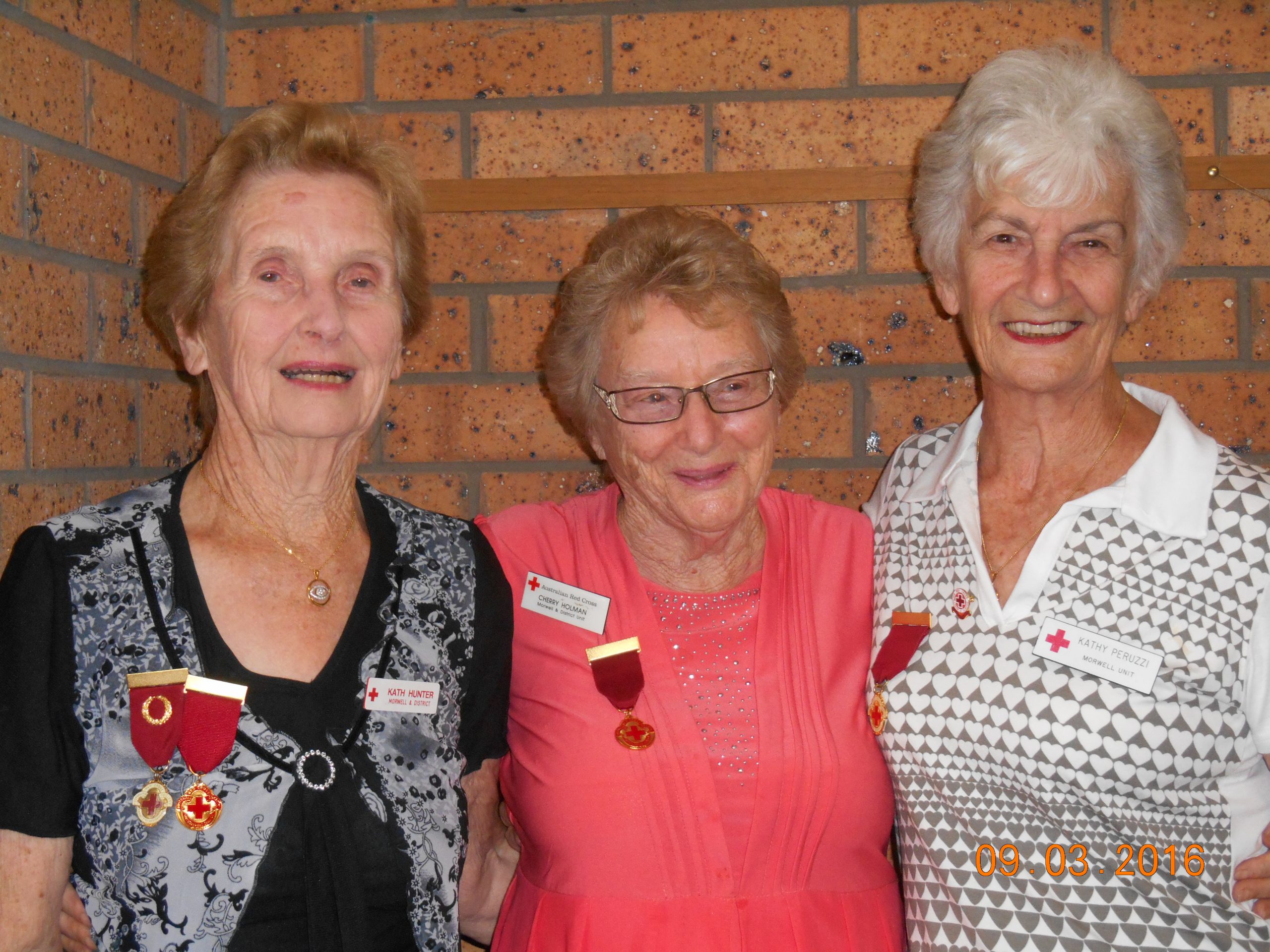 Ms Holman has been a member of Red Cross for 42 years, providing support and raising funds for people in need through the many programs and appeals conducted by the organisation.

She has served as an office bearer of the Morwell and District Red Cross Branch on a number of occasions.

Ms Hunter has been a member of Red Cross for 58 years.

During that time she has held office many times at regional and local level.

Through the varied programs offered by Red Cross, Ms Hunter has offered assistance to those in need, participated in the frequent fundraising ventures and Red Cross appeals.

“Her tireless work with Red Cross Emergency Services has supported countless people who have been affected by natural disasters experienced in the region,” a spokesperson said.

She has held office at local and regional level on several occasions.

“As a volunteer with Red Cross Emergency Services, Kath has shown great commitment in her efforts to assist the many people who have been disadvantaged by the occurrence of floods and fires in recent decades.”

The branch also paid tribute to Val Giles as she retired from her position of responsibility within Red Cross Emergency Services.

She was recognised for her commitment to her role as deputy divisional operations officer of Red Cross Emergency Services, Central West Gippsland.