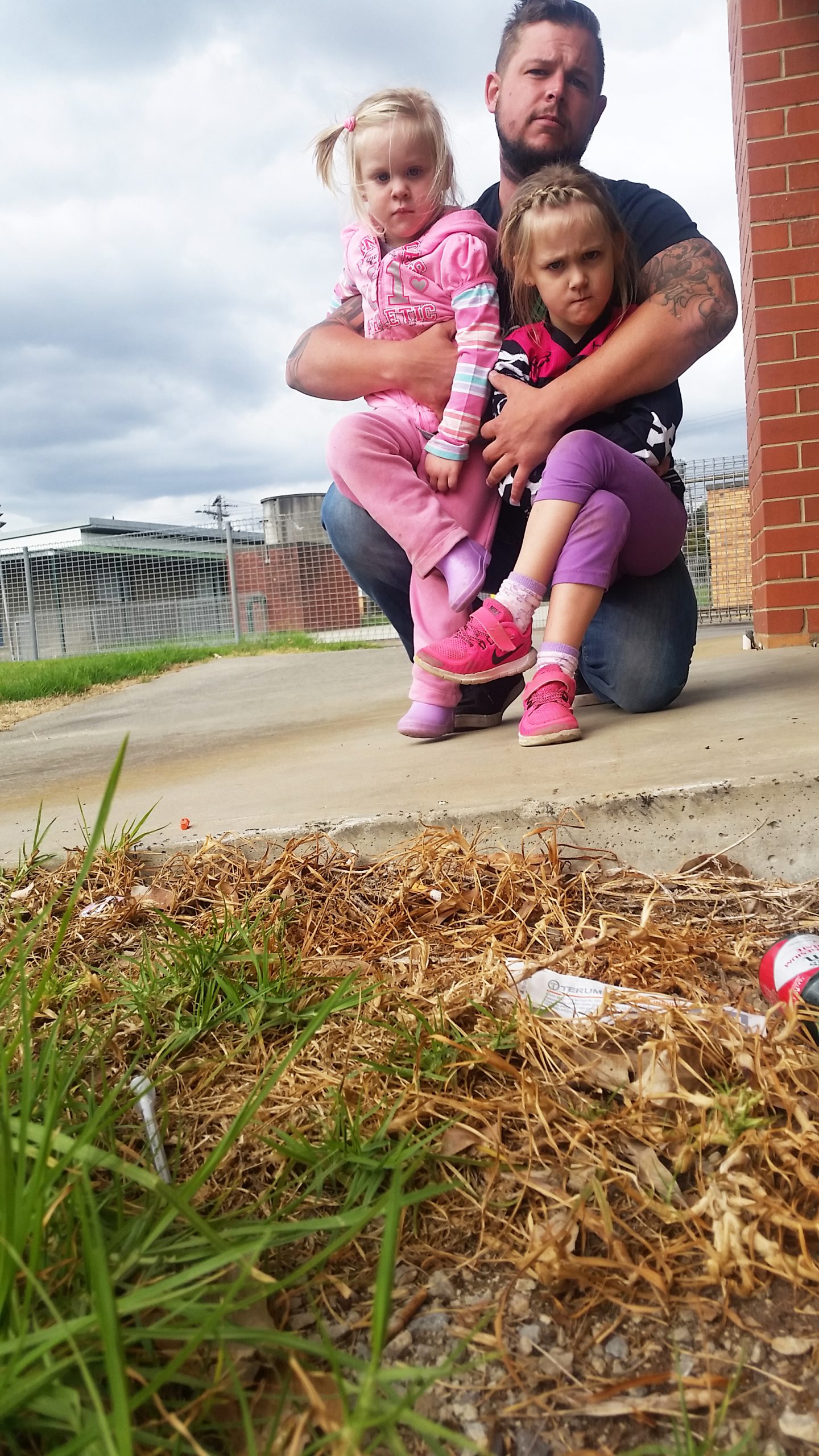 A picnic at the park almost turned into a parent’s worst nightmare after a three year-old narrowly avoided a needle-stick injury.

Jenna Vogelsang, her two daughters – six year-old Taylah and three year-old Leah – and their father Luke Lieshout were having a picnic at Maryvale Recreation Reserve in Morwell when the family stumbled upon a syringe, a vitamin bottle and a medication blister pack.

“My three year-old picked up the vitamin bottle, which her father told her to put down and that’s when he noticed the syringe and other items,” Ms Vogelsang told The Express.

“The police officer said they would have someone there shortly,” Ms Vogelsang said.

“He (Mr Lieshout) told the police officer we would wait and keep watch as young families frequent the area.”

The family asked a friend to phone the police again after waiting for more than an hour.

Ms Vogelsang said a different officer had answered but stated the previous officer advised Mr Lieshout to dispose of the items safely as they would not be attending.

Unsure how to do so, the pair contacted Latrobe City Council who sent an officer about an hour later to remove the items.

“We were just sitting out the front just watching and waiting for assistance… we didn’t know how to safely get rid of the items,” she said.

“Young families frequent the rec reserve; we didn’t want anyone else to come across them.

“We didn’t want anyone to get hurt.”

Morwell police Acting Sergeant Dean Zweytzer said while police attempted to attend such calls in a timely manner this was not always feasible.

“The best course of action is for the public to remove it and make it safe for the community,” Act Sgt Zweytzer said.

However, Maryvale Recreation Reserve does not have toilets or syringe disposal facilities.

Information on how to dispose of syringes, where professional removal is not possible, can be found on council’s website, www.latrobe.vic.gov.au under the ‘Our services’ tab.