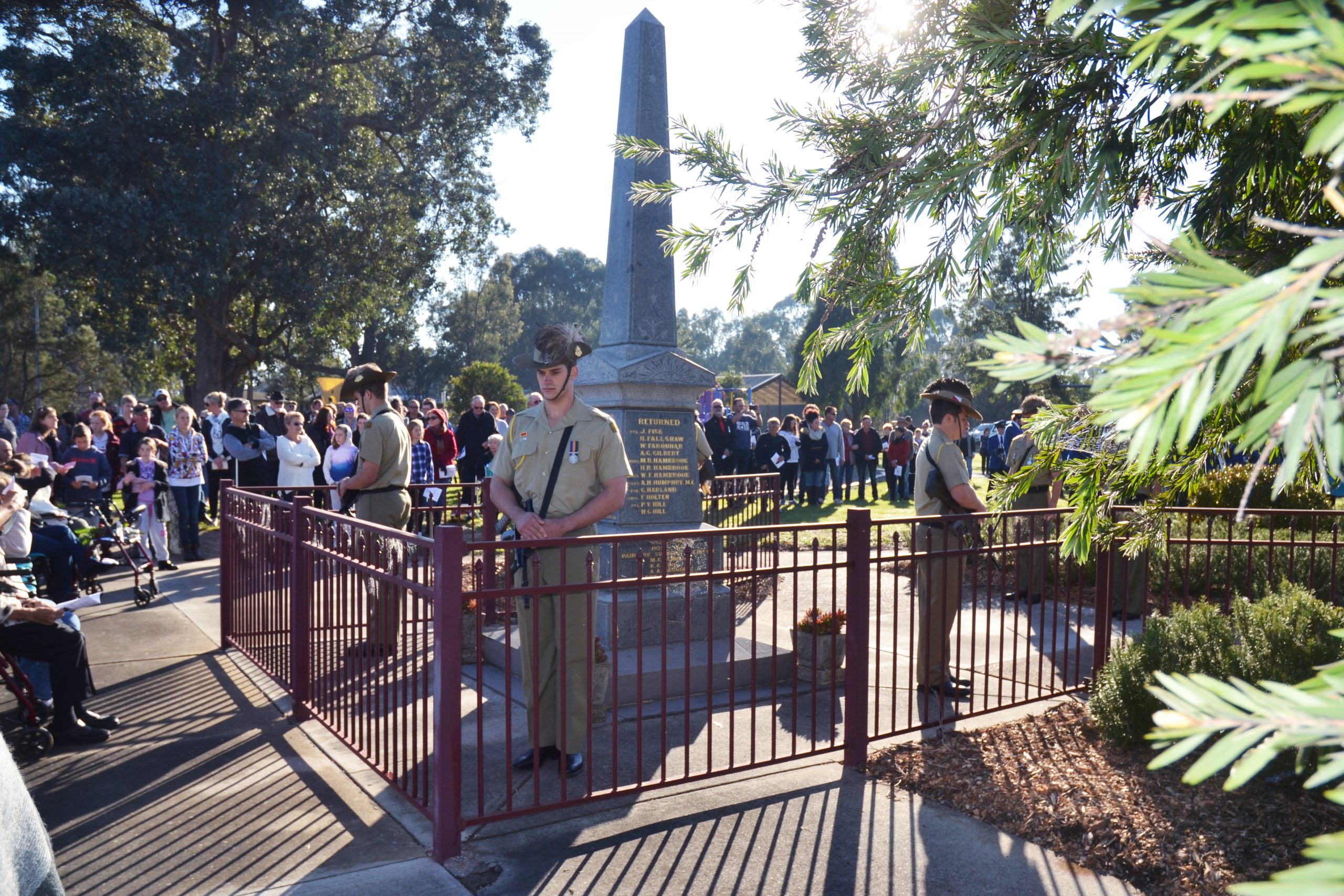 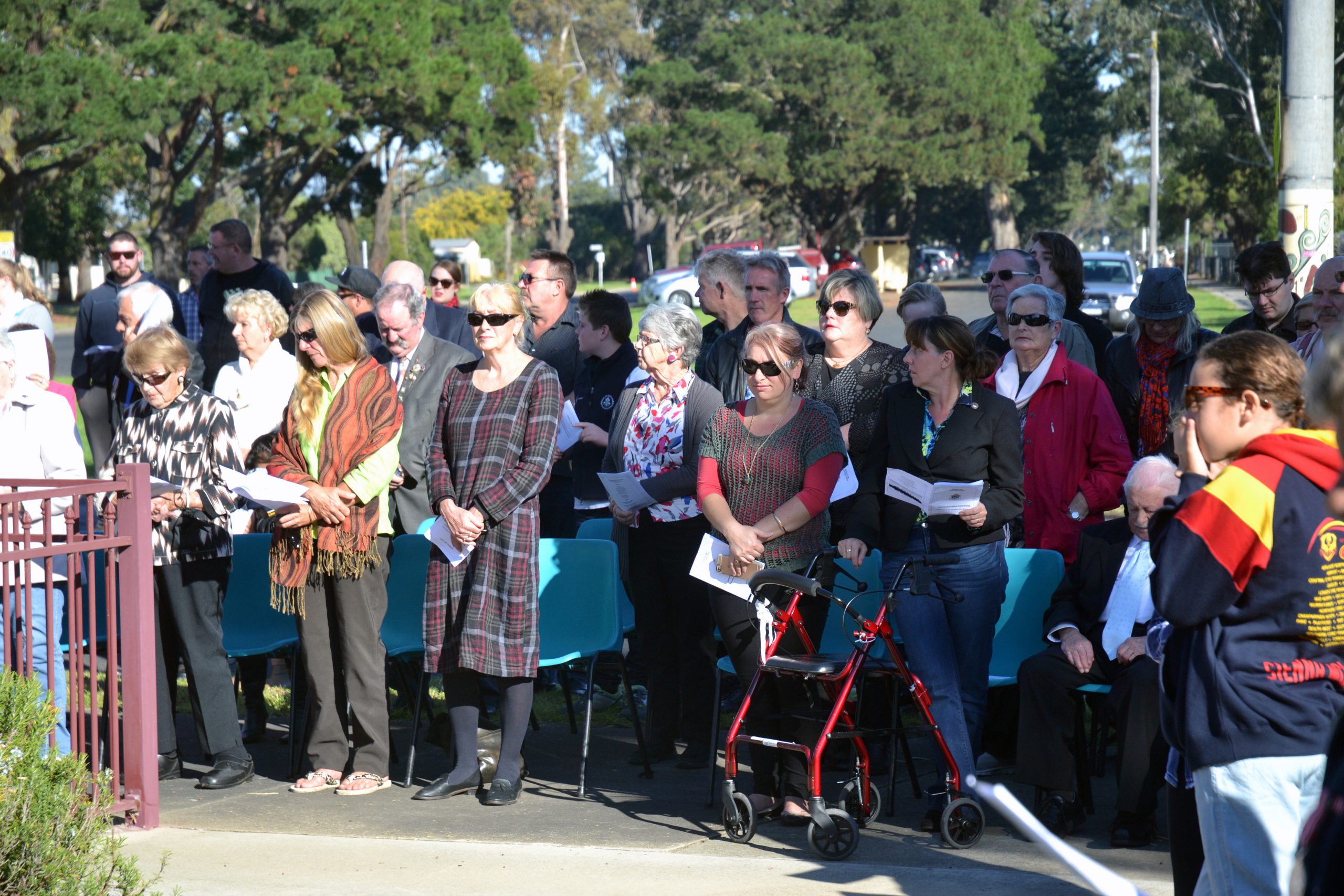 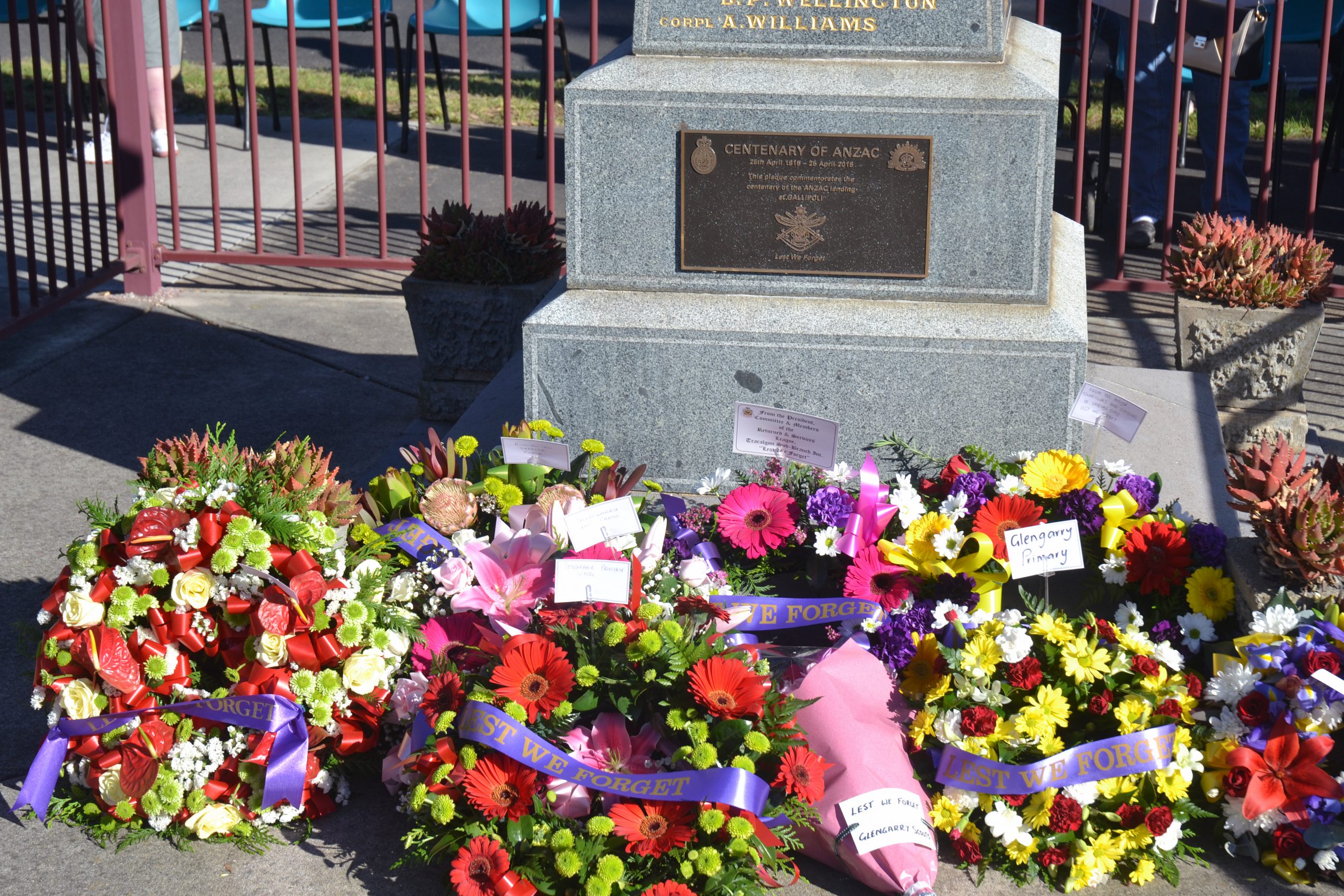 Small in size but not in spirit, the Glengarry and Toongabbie communities came together at Glengarry’s Main Street to commemorate the 101st anniversary of the Anzac.

About 100 residents gathered at the cenotaph for the morning service, conducted by Major Geoff Pike.

Reflecting on the First World War, Lieutenant Duncan spoke of Australia’s pride in its strategic evacuation in the “failed military campaign”, but commended the actions of Australian and New Zealand forces and their powerful legacy.

The City of Traralgon Band was on hand at the service to perform the Australian and New Zealand national anthems.

War veterans, family members, Latrobe City councillors Kellie O’Callaghan and Dale Harriman, and scouts and school children laid wreaths at the conclusion of the ceremony as a sign of respect.