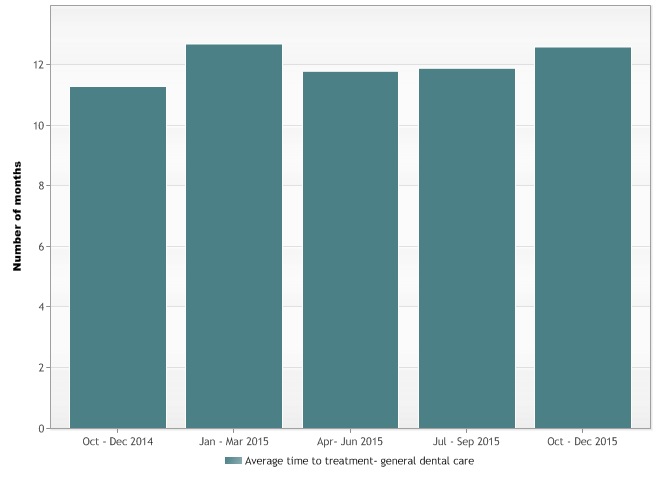 In the lead up to the 2016/17 federal budget, Health Minister Sussan Ley announced plans to implement a single national agreement that would provide more than 10 million Australians – adults and children – access to public dental care.

This would be a $5 billion investment over the next four years, $2.1 billion of which would include a five-year agreement for states and territories to fund public dental services.

It is set to replace two existing schemes that provided subsidised public or private dental care, one of which has seen 10,115 children access LCHS dental services since its implementation in October 2014.

“We’ve visited schools and provided screenings and seen children who might not normally have seen a dentist.

“If the CDBS funding is not replaced, the biggest implication of this will be increased waiting list times for all patients, including children. There is no current waiting list for children.”

The Federal Government has claimed the CDBS is under investigation for rorting.

An additional 600,000 public dental patients are expected to be treated each year as a result.

But Australian Dental Association federal president Rick Olive said the move could become an election issue due to concerns about children being shifted back onto public waiting lists.

Under the CDBS, dental services offered to eligible children include general check-ups, x-rays, fillings, cleaning and other preventative services.

Ms Juschkat said the health service had hired additional staff as a result of the scheme, and in turn could see more adult patients.

The average waitlist at LCHS for an adult on the public dental system now sits at 14 months for general treatment and 21 months for dentures.

“Waiting lists are very much dependent on funding from state and federal governments,” Ms Juschkat said.

“Any problems can worsen, which affects a person’s health and wellbeing, which then has implications on other sectors of the health care system, such as our hospitals.

“We look forward to further details about the Child and Adult Public Dental Scheme, which is yet to be finalised, and how this will protect and enhance the services we currently provide to the community.”