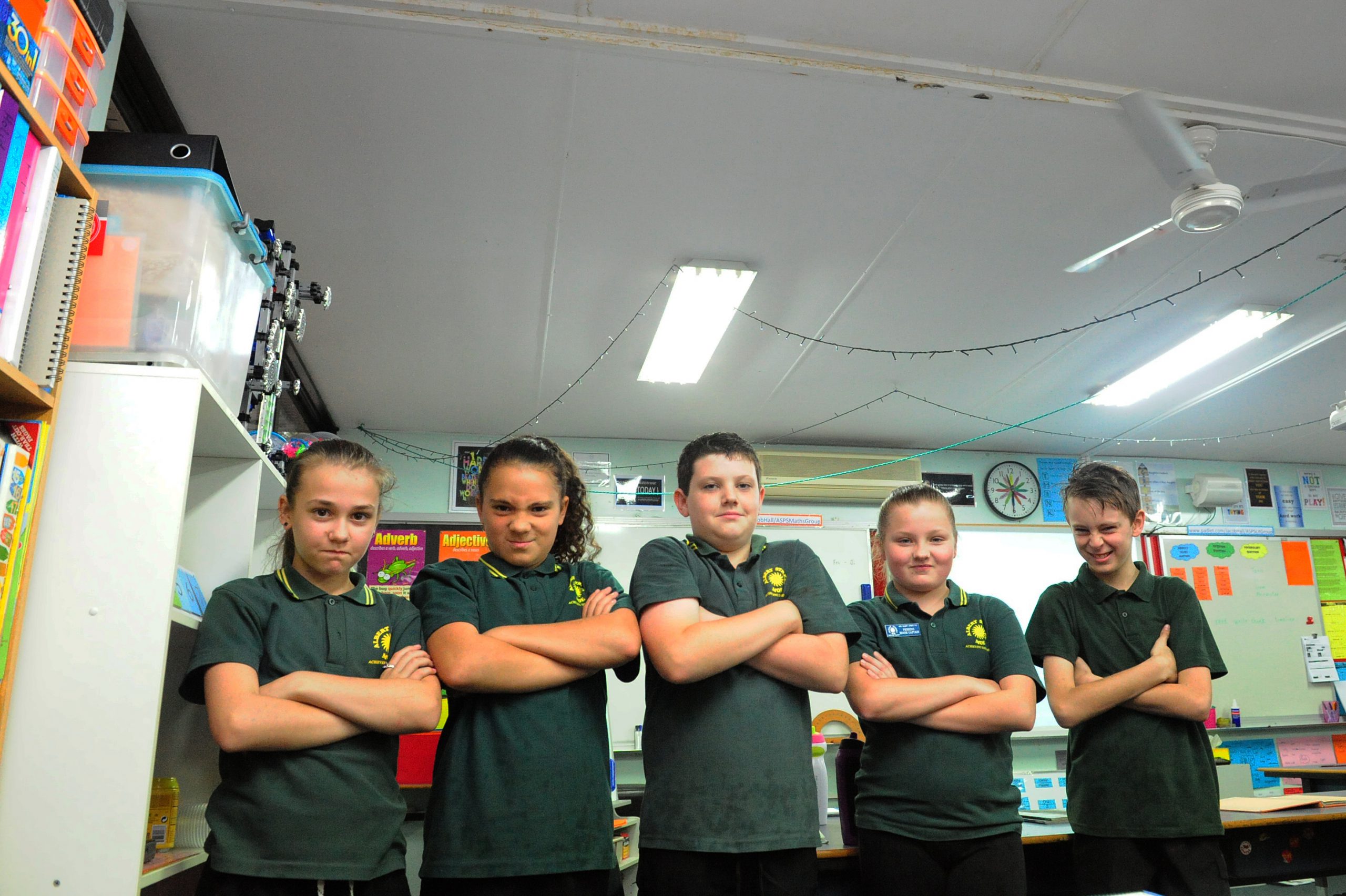 LEAKING roofs, mouldy ceilings and holes in plaster are part of the norm for staff and students at Albert Street Primary School.

But these much-needed upgrades and repairs will have to wait, with the Moe school missing out on vital funding in the state budget.

The news has angered the school community, who says it has been a constant uphill fight for cash.

“We are very disappointed, we’ve been dealing with inadequate resources since 2009,” principal Monique Osborn said.

The school’s buildings date back to 1983 and funding was approved in 2011 for an upgrade.

However, after a change in government that funding was pulled.

Dr Osborn said the school’s perimeter fencing also needed replacing, with trespassers walking across the school grounds on a daily basis and students at risk of running on the roads.

Vegetables grown in the community garden were harvested from outsiders “helping themselves”, leaving students unable to participate in cooking classes.

Chickens have also been killed and removed on previous occasions.

“The fencing is inadequate – substantial vandalism occurs over weekends, and the repairs come out of our budget,” Dr Osborn said.

With winter fast approaching, the school was hoping the budget provided some reprieve.

“We need to be vigilant on the mould, there’s already mould in the ceilings and we’re still waiting for the okay for it to be repaired,” Dr Osborn said.

“To miss out on funding again, it’s very disappointing.”

Member for Narracan Gary Blackwood said he had put pressure on the Labor Government to commit to the school’s funding.

“I am very disappointed (Education Minister) James Merlino has not been fit to support Albert Street in Moe,” Mr Blackwood said.

“The poor kids and staff have to put up with the conditions every day and are being treated unfairly in my view.”

A spokesperson for Education Minister James Merlino said Moe Albert Street Primary School was one of more than 1500 schools whose needs “must be considered when making decisions on school infrastructure funding”.

“Funding will be considered as part of future budget deliberations,” the spokesperson said.