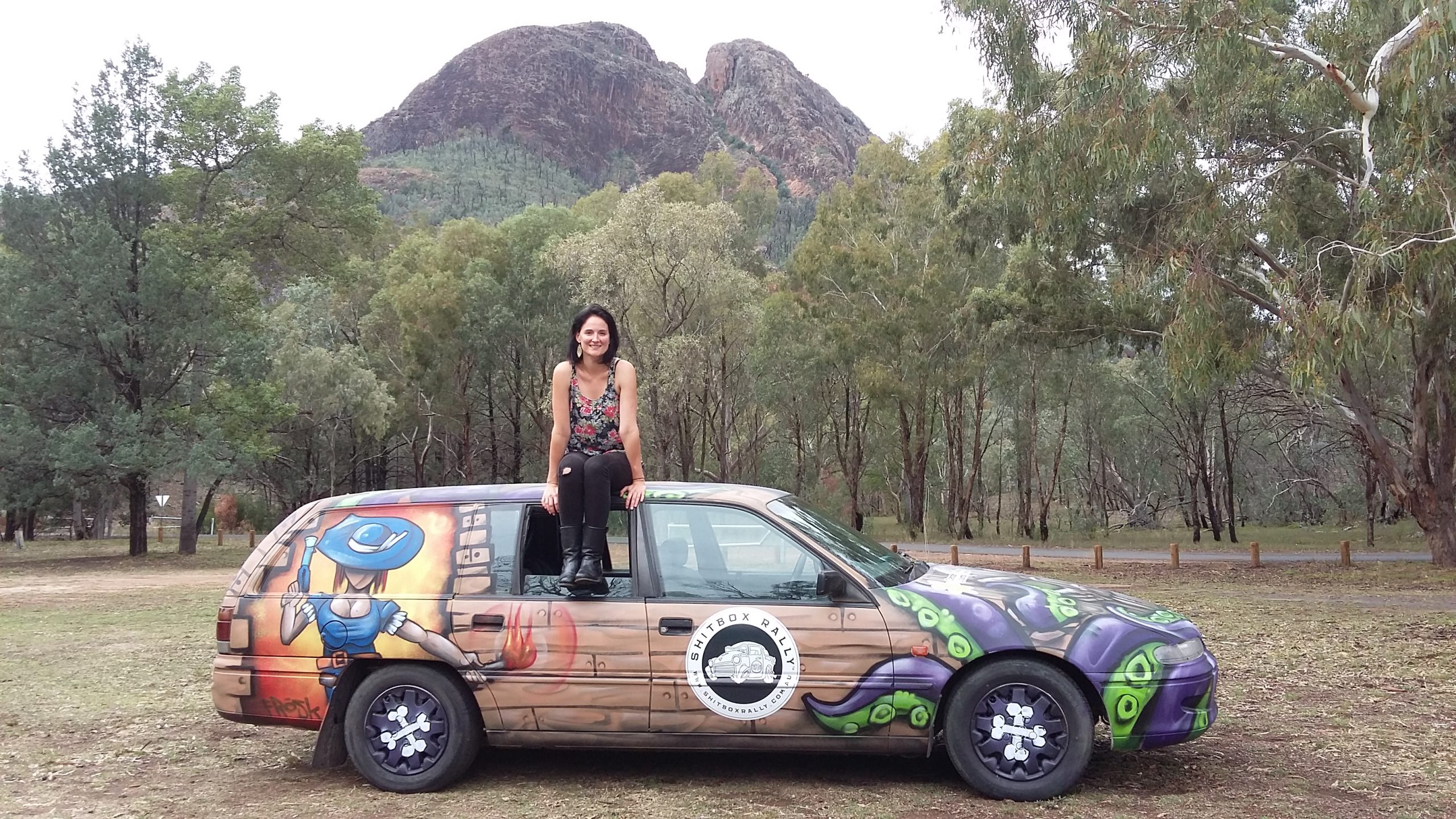 Imagine bush bashing through outback Australia Mad Max style on some of the country’s most arduous roads.

Now picture, instead of a four-wheel drive, your vehicle of choice is an older model worth less than $1000.

It may seem like something straight out of an action film, but the challenge is real for three teams from the Latrobe Valley, who will this month conquer the 3500 kilometre journey from Mackay to Hobart.

It is part of the annual Sh!tbox Rally, a national fundraiser that attracts 200 drivers from across the country for an adventure through the outback while raising money for the Cancer Council.

It may all sound a bit crazy, but according to participant Lee McClenaghan, that’s part of the appeal.

The former Hernes Oak resident, along with her fianc Ryan Buckle, will tackle the course in their 1993 VR Commodore wagon, freshly spray-painted with a mural.

It has been a long road for the couple, who were on a waiting list for five years and got in due to another team’s late departure.

“We were looking for a way to give back, I think everyone has been affected by cancer in some way and it’s a unique way to see the country,” Lee said.

“It’s (the drive’s) fundraising for such an amazing cause and because it’s a bit crazy everyone gets behind it.”

The pair has raised more than $5000 for the cause under the team name ‘Swashbucklers’.

Other Valley duos joining them for the adventure, departing Saturday, are ‘The Hamsters’ – comprising of Newborough residents Darrell Hams and David McKinnon, along with Yallourn North friends Alistair Duncan and Martin Gwynne as team ‘Brown Cow’.

David and Darrell will take their Holden Commodore, donated by Gippsland Motor Group and decked out with a racing stripe, on the ride.

They say they are up for whatever comes their way.

“We applied for the last couple of years, but are excited to be accepted this year and are looking forward to the challenge,” David said.

“It will be an adventure on the back roads and dirt roads.”

They have also raised more than $5000 for the Cancer Council and are looking to add to the tally.

The final Valley team, Brown Cow, will tackle the obstacle in a 1998 Holden Rodeo.

They have a fundraising total of more than $6000 to date.

As part of the rally, the vibrant display of cars is expected to pass through Yallourn North and Moe on 12 May.

Prizes are awarded at the end of the rally and are judged on a number of factors including how hopeless the car is, rally spirit and fundraising total.

The cars are auctioned off post-event with proceeds also donated to the Cancer Council.

To donate to the teams, visit www.shitboxrally.com.au and search for the team under the ‘teams’ tab.