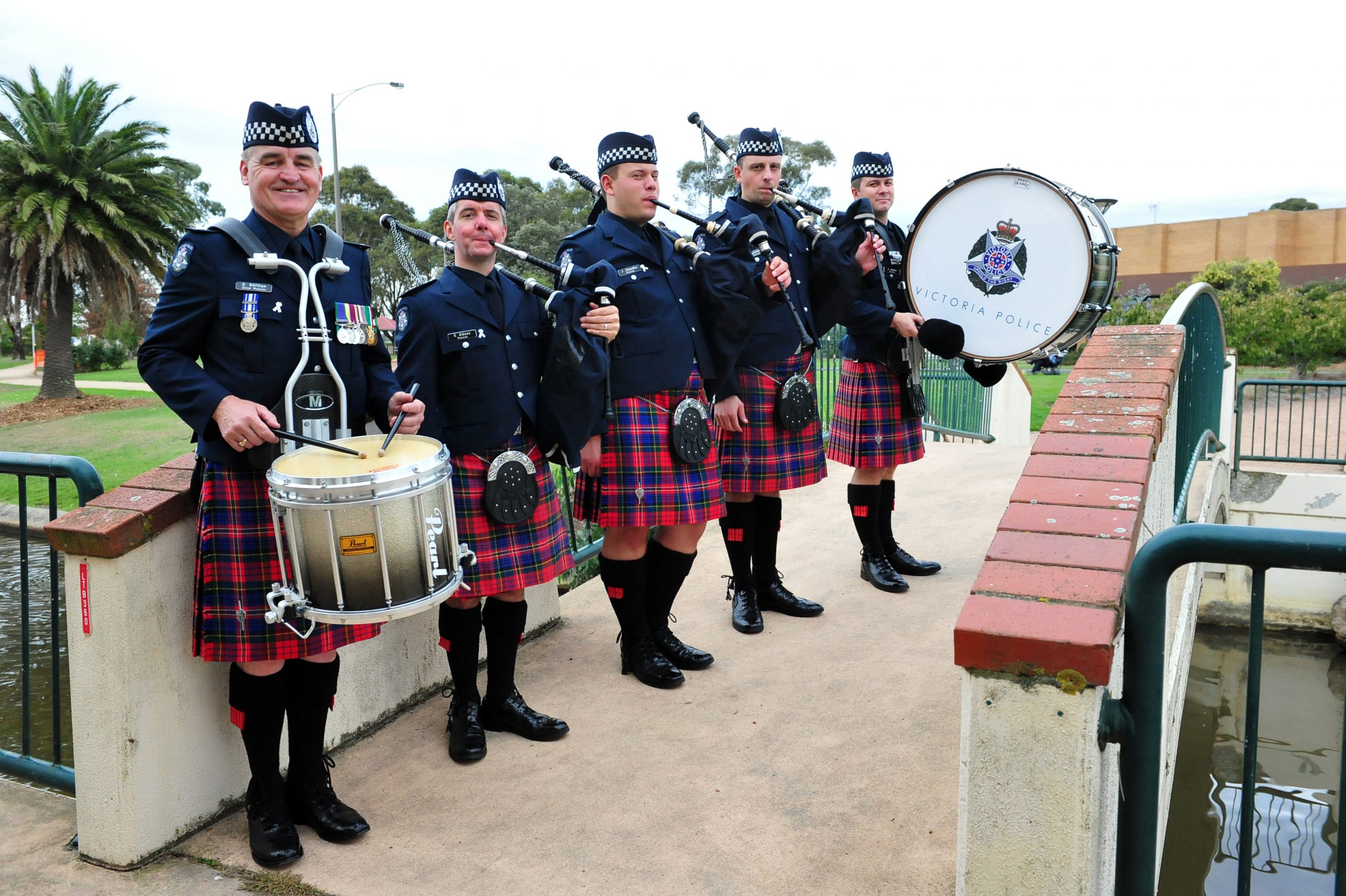 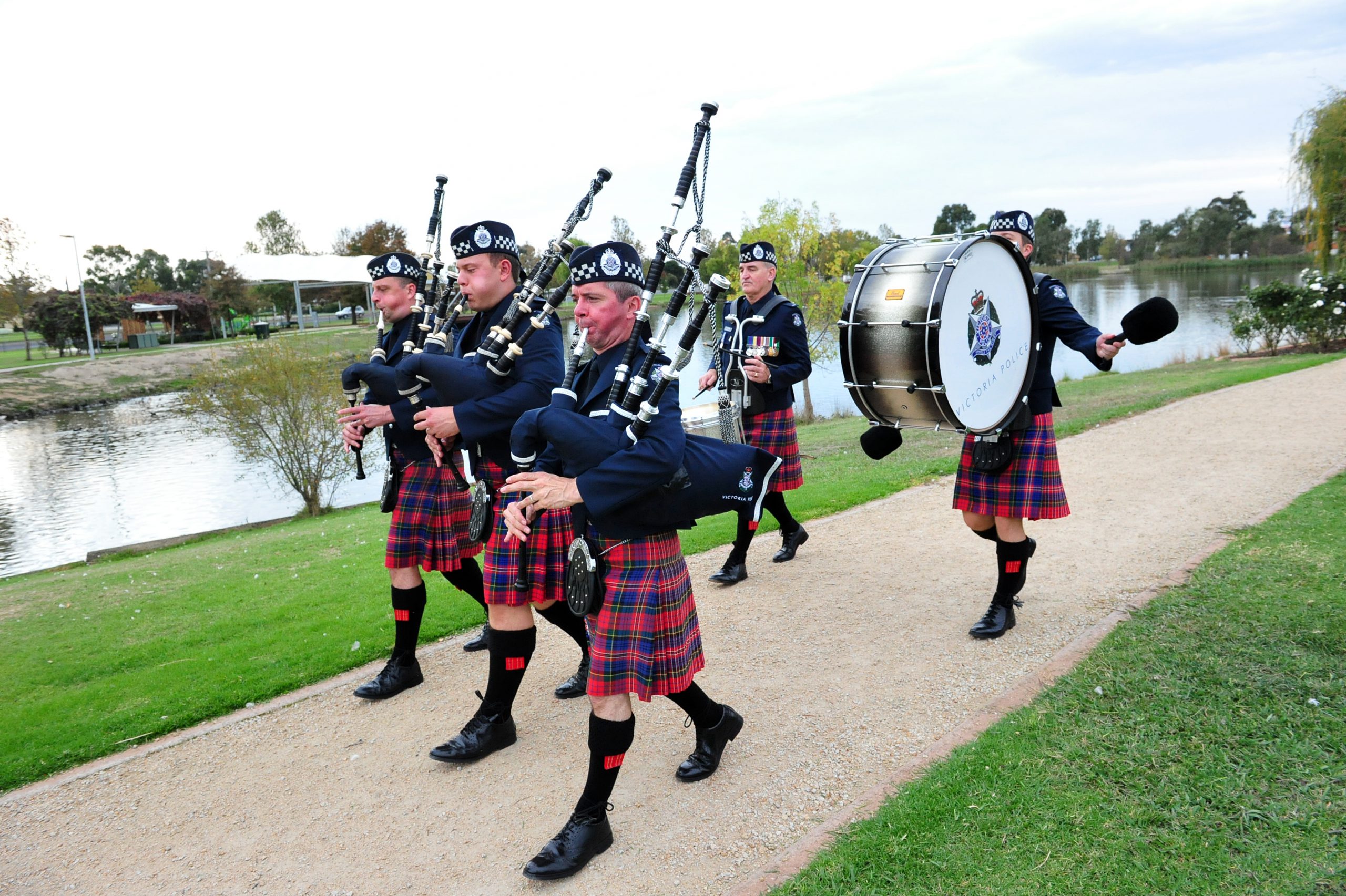 Men clad in tartans, blowing into pipes, and beating into drums so big they need a brace to support the weight are marching into Morwell with pomp and circumstance.

The Victoria Police Pipe Band and Concert Band of the Australian Navy will entertain the region at this year’s Morwell Centenary of Anzac concert at Kernot Hall.

Traditional Scottish music, songs of the Anzac era, including rock ‘n’ roll, swinging and popular movie themes and ‘Sing-a-long’ tunes will fill a program for the expected 800-plus audience.

The concert will also feature a Colour Guard from T S Latrobe, RSL displays and guest speakers about Anzac Legacy and army chaplains.

Event organiser Thomas Quinn said the Victoria Police Pipe band had performed at least two police concerts per year from the 1990s until 2013.

The Pipe Band was originally formed in 1936 from serving Victoria police officers.

The band currently has 14 band members and is soon to be increased to 17.

Victoria Police Pipe Band drum major David Gilfillan, who plays the snare drum, said he was one of the original members of the band, joining 23 years ago.

Mr Gilfillan said he joined the British Army at the age of 15 and had the opportunity to join the Scottish regiment.

At the age of 40 he was offered a job at the Victoria Police Pipe Band and has not looked back.

“We’ll play traditional and well-known Scottish music and a few numbers of interest for the first time here in Morwell,” Mr Gilfillan said.

The concert will be held on Wednesday, 8 June at Kernot Hall from 7.30pm.

Tickets are $5 and may be booked or purchased from Morwell, Moe, Newborough and Traralgon RSLs, the Latrobe Valley Express office at 21 George Street, Morwell or by phoning Thomas Quinn on 0417 567 291.