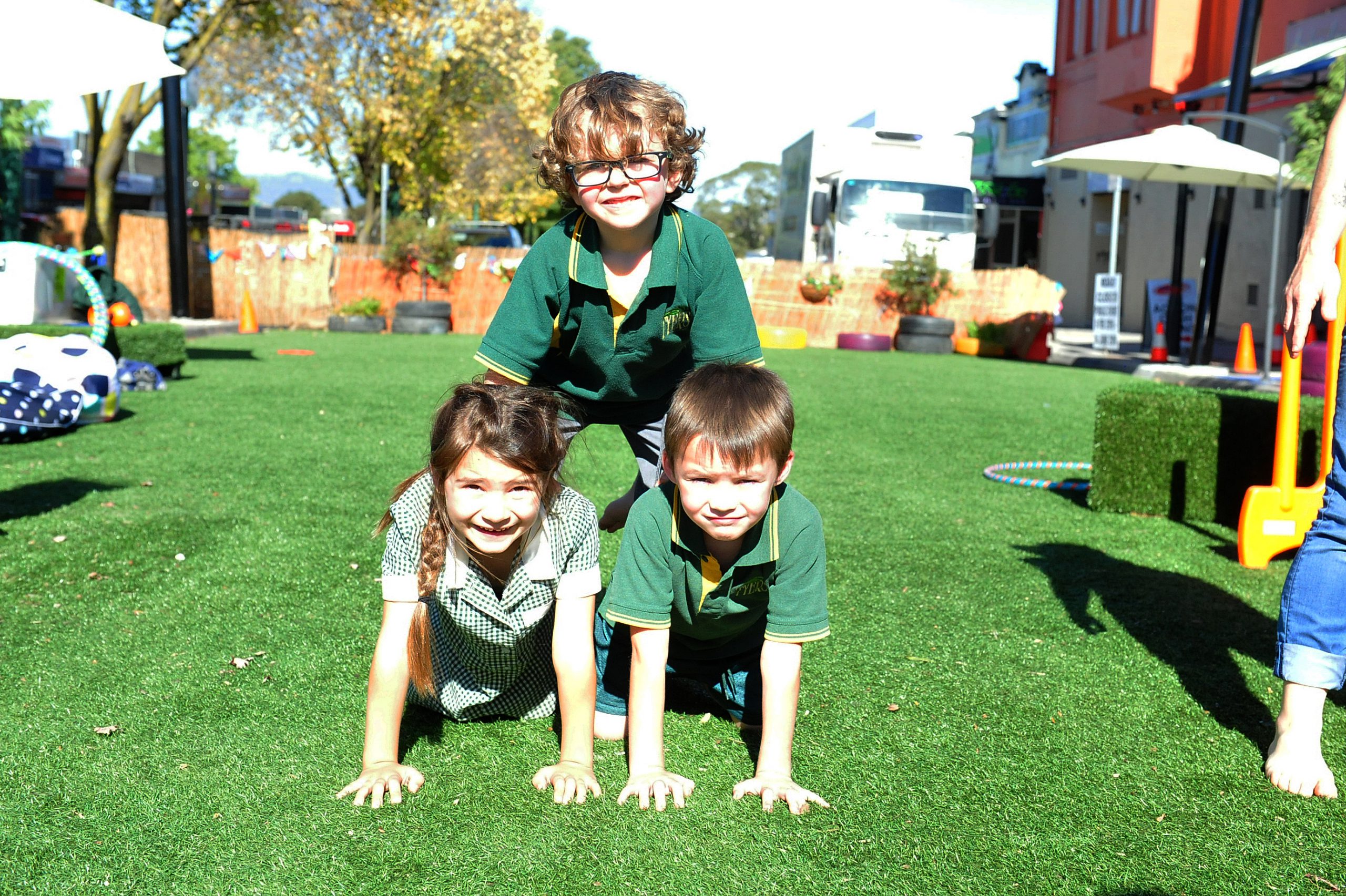 A circus performer with more than 30 years of experience delighting audiences worldwide is now in Morwell teaching students and the public new skills.

David Joseph has come to the town’s pop-up park as part of a Circus Oz tour, sharing the secrets of juggling, plate spinning and human pyramids, along with other talents.

More than just fun and games, David said the workshops were also a great motivator for people to try something completely new.

“The environment we’re creating is a fun environment and there’s a lot of joy and laughter and happiness,” he said.

“The thing about circus skills is they work on a number of levels, so you’ve got the physical skills which is the first thing and people love that, but the other thing it works on is self esteem.

“It works on the actual neurological kind of systems in the brain, so it changes the way people think and it can open them up into new, creative ways of thinking.”

David trained as an actor in 1984, learning circus skills as part of that course, and joined Circus Oz in 1991.

He’s been all over the world, performing at major international festivals and in disadvantaged areas, such as the slums of Columbia.

He said performing provided another level of meeting people, but teaching also allowed him to share “a gift in a way”.

“There’s a difference between performing and teaching,” he said.

“One is me sort of showing off my skills, but the other one is sharing my skills with other people so they share in the joy of it in a participatory way.

“They experience it themselves; it’s about their self development and their experience of it, rather than watch someone do it.”

David has been busy holding school workshops for local students at the pop-up park, with a few sessions open to the general public for free.

The next public workshop will be held from 4pm until 5.30pm on Thursday, with three one-hour sessions running at 9am, 10.15am and 11.30am on Saturday.

All ages and abilities are welcome, but spaces are limited.

To register phone Sheree Callenberg on 5128 5434 or email sheree.callenberg@latrobe.vic.gov.au