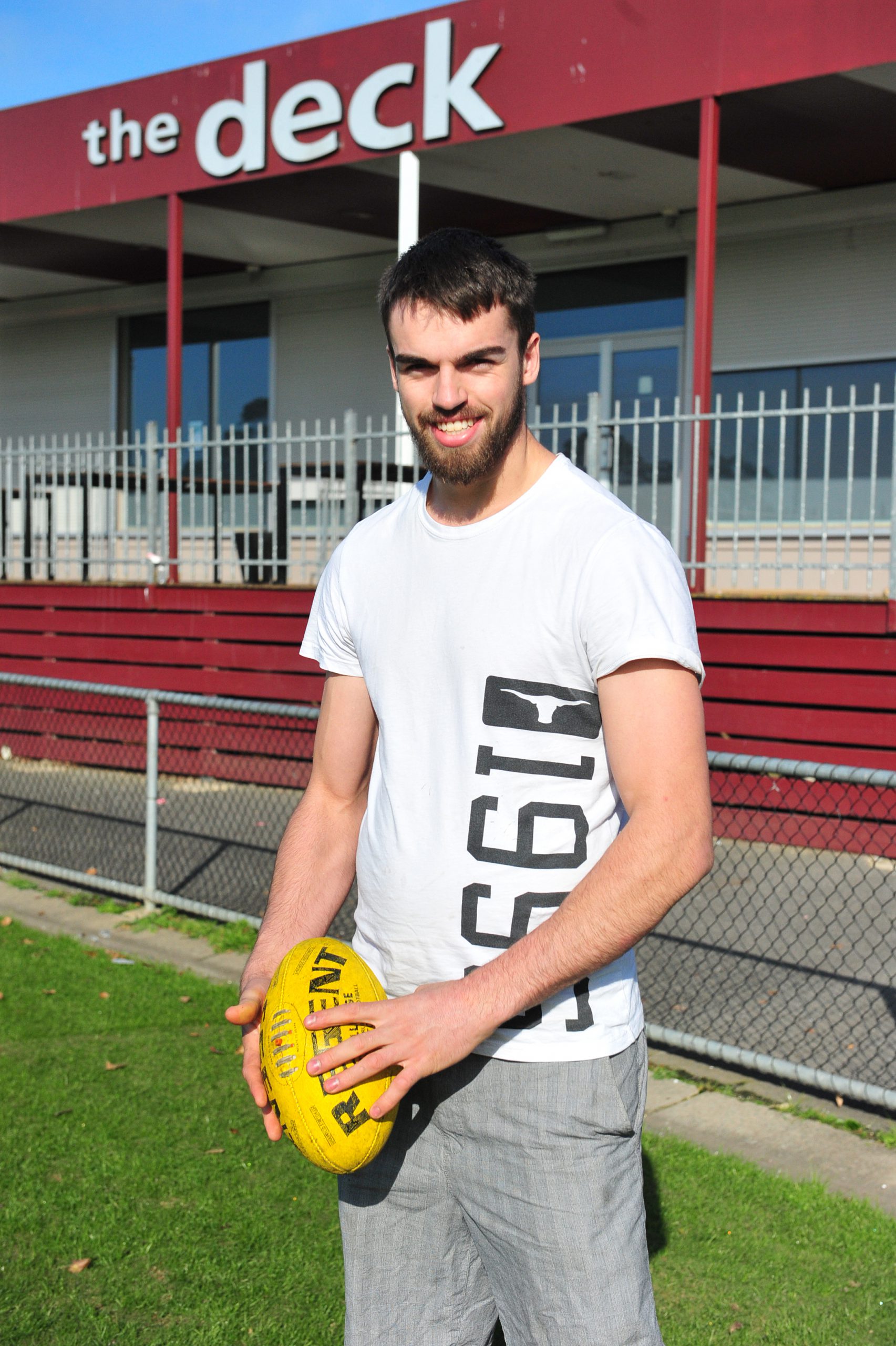 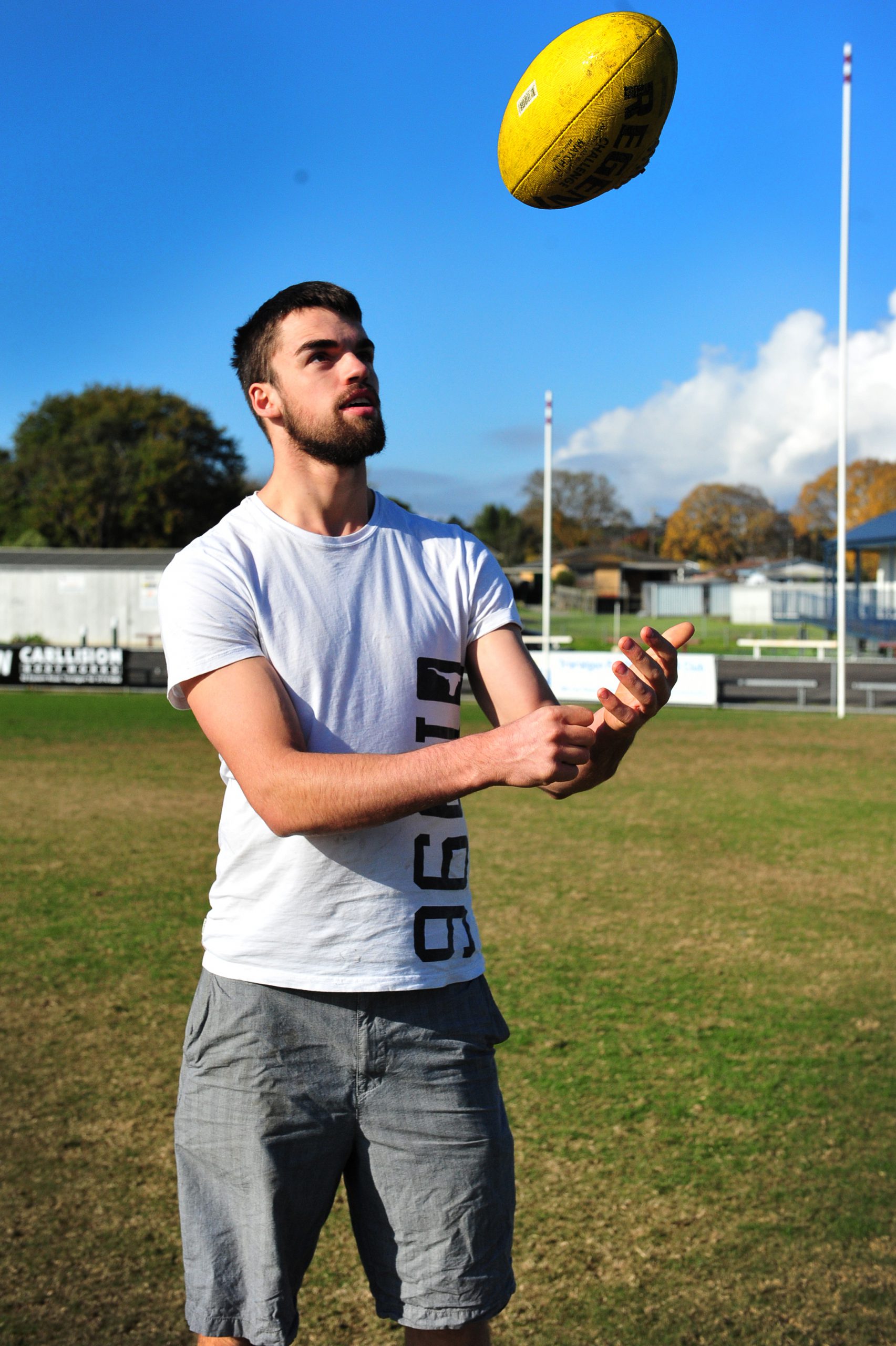 This time, it’s not as a ruckman for Hill End, it’s as a 22 year-old stroke survivor who’s celebrating a remarkable recovery.

It was just over a month ago a training session turned terrible, leaving Damian unable to feel the left side of his body.

Today, he’s returned to work as a diesel mechanic and is driving a car again.

“I was training at Hill End and it was coming toward the end of the night,” Damian said.

“My mate noticed that I was acting weird. Then he realised that my face had dropped and I had slurred speech and was slobbery at the mouth.

“I just felt like I was puffed, like I was exhausted ’cause I’d just finished a run and then the next thing I remember was my mate carrying me up the field. It was pretty full on.”

Damian’s friends at the club recognised the symptoms of stroke and telephoned triple zero.

Once he arrived at Latrobe Regional Hospital, Damian underwent a CT scan and was assessed by a Melbourne neurologist via video conference and administered a clot-busting drug.

“They originally said (the drug) was only going to dissolve 40 per cent of the clot and then they would have to extract the rest of it out in Melbourne,” Damian said.

He was transported to the Royal Melbourne Hospital for the clot-retrieval procedure, however the clot-busting drug had been more effective than predicted, dissolving the entire clot.

Roughly 24 hours later, Damian regained movement in his left side.

“That was amazing. I didn’t think I was going to be able to do that straight away. I was very relieved.”

He’ll miss out on returning to football this season, but says he’s “feeling great”.

“I have lots of support from my girlfriend, family and friends,” Damian said.

“I’ve been very well looked after and feel 100 per cent at the moment, I’m just keen to get back into everything.”

Damian’s stroke was caused by an undiagnosed hole in his heart, which he’ll soon have a procedure to repair.

The video technology accessed by Damian at LRH is part of a state-wide telemedicine initiative by the Florey Institute of Neuroscience and Mental Health to give country patients better access to high-quality stroke care.

Through the program, once a stroke patient is given a CT scan, the image can be sent to a server and an on-call neurologist in Melbourne can assess it immediately to determine the type of stroke and advise the administration of clot-busting drugs, which need to be given within four-and-a-half hours of the stroke.

“It brings the neurologist to the patient, despite where they might be located,” Victorian Stroke Telemedicine coordinator at LRH Emma Marino said.

Through a videocall with the patient, the neurologist can also determine whether they are a candidate for endovascular clot retrieval therapy in Melbourne, which needs to be carried out within six hours.

Damian was transferred to the Royal Melbourne Hospital for the procedure, but did not require it in the end.

“He’s had pretty much complete resolution of his signs and symptoms, which is just remarkable,” Ms Marino said.

She praised the actions of his friends who recognised the ‘FAST’ acronym for signs of stroke: Face, Arms, Speech, Time.