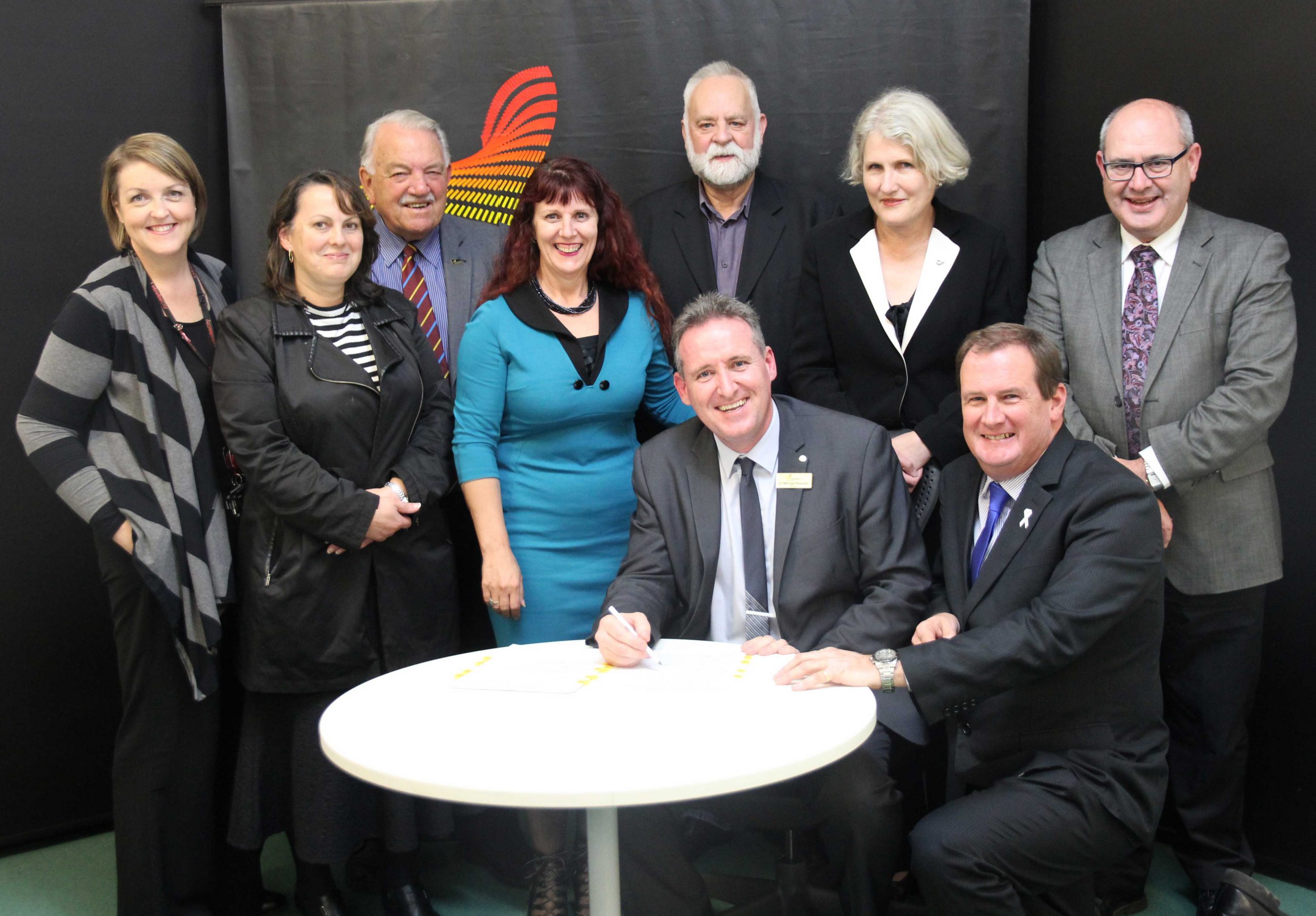 Latrobe City Councillors have signed on to a new set of guidelines for their conduct.

As part of modifications to the Councillor Code of Conduct, councillors standing as a state or federal election candidate now have to apply for a leave of absence from their council duties.

There is also an internal dispute resolution procedure which includes an initial informal attempt at resolution between the parties, followed by more formal assistance from the mayor, then a mediator, then an arbitrator, before the matter goes before a councillor conduct registrar or the Local Government Minister.

Councillors were required to review the Code of Conduct, following changes to the Local Government Act last year.

“Not only is it a legislative requirement that we review the code annually, it’s important for good governance that we take time to consider whether there are any provisions that need amending or any additional clauses to include,” Latrobe City mayor Michael Rossiter said.

Councillors are now required to make a written declaration they will abide by the code, within one month of its adoption.

Following a special council meeting to adopt the code on Thursday night, all present councillors signed on.

Councillor Peter Gibbons was absent from the meeting, however has made arrangements to sign on Wednesday.

“By reviewing and signing a new code each year we are upholding community standards, we are building public confidence in local government and we are continually benchmarking our behaviours in terms of our own working relationships,” Cr Rossiter said.

Latrobe City councillor Christine Sindt is seeking a leave of absence from her council duties until after the 2 July federal election.

It comes after council last week adopted a new Councillor Code of Conduct requiring councillors who nominate as a candidate for a state or federal election to apply for a leave of absence.

Cr Sindt announced in May she would run as an independent candidate for the seat of Gippsland. She had continued to attend council meetings and events.

“I think it’s a good thing. I think it’s great,” Cr Sindt said of the code of conduct changes.

She said she would hand in her council mobile phone, computer and swipe card to the building as part of the leave of absence.