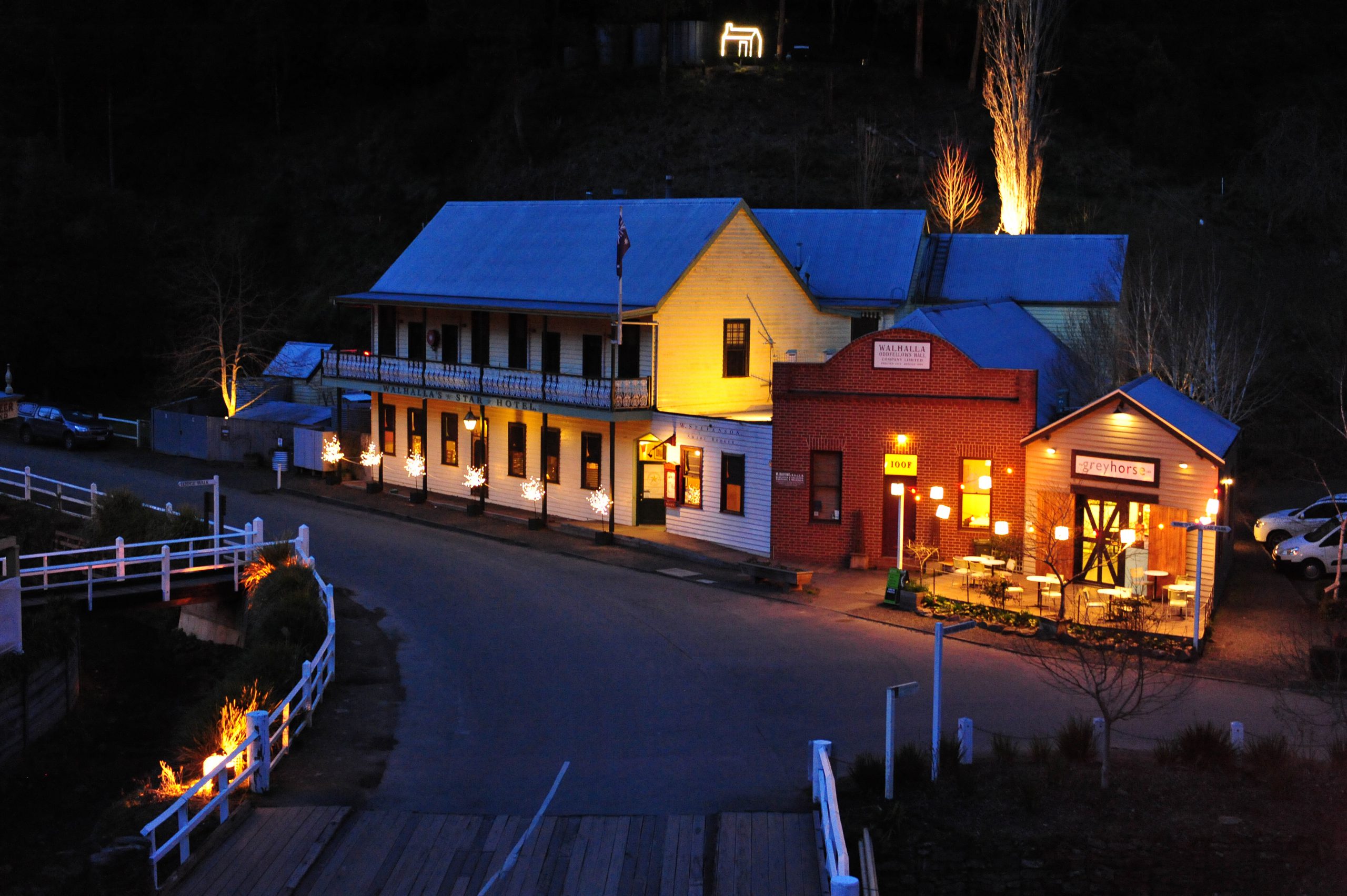 Organisers of Walhalla’s Vinter Ljusfest have voted to cancel this year’s festival over a lack of state and local government funding.

The festival, which runs during the historic town’s normally quiet month of August, features a light display, night-time train rides, ghost tours and would have been in its sixth year.

However, organisers are yet to hear whether they’ve successfully attracted $5000 in Baw Baw Shire Council funding, with State Government support hinging on whether local government chips in first.

“It’s a very sad day and there will be many people disappointed, especially those who have pre-booked,” Walhalla and Mountain Rivers Tourism president Michael Leaney said.

“We are disappointed that we have been forced to make this call, but there is clearly little real interest on the part of the funding bodies to support small regional events.”

Mr Leaney said it was the “11th hour” and organisers could not proceed without funds in place, saying it took nearly 1000 hours of volunteer work to set up the month-long festival.

He said the event had failed to attract Baw Baw Shire funding for the past three years and organisers had been calling for assistance since January 2015.

Council has developed a new community funding policy and Mr Leaney said after being informed of its adoption, he immediately made a submission for funding.

Organisers are also seeking $5000 from the State Government.

Mr Leaney said the funding was needed to pay for insurance, permits, the replacement of lights and entertainment.

He estimated the cancellation of the festival amounted to an $80,000 loss in revenue for the Walhalla and mountain rivers region, and an unknown financial blow as the result of losing publicity associated with the event.

There is no entrance fee for the festival and Mr Leaney said it attracted many low-income families.

“This is entirely lost on the funding people,” Mr Leaney said.

The festival was initially funded as part of bushfire recovery, but has since failed to gain local government support.

The State Government supported it last year with $3000, despite the lack of local government funding.

It’s unclear why this year’s event needs to meet the strict criteria.

A spokesperson for Tourism and Major Events Minister John Eren said the government was waiting to learn whether Baw Baw Shire was funding the event.

“It’s regrettable the event organiser has concluded funding is not forthcoming when no decision has been made,” the spokesperson said.

“Matched funding with local governments is often a prerequisite for Victorian Government funding.”

Baw Baw Shire director of planning and economic development Matthew Cripps said the initial two-year, start-up funding stipulated that once the funding ran out, the Walhalla and Mountain Rivers Tourism Association would be responsible for the ongoing running of the event.

He said council received the funding application for sponsorship of this year’s festival on 30 May under its recently-adopted Community Funding Assistance Program, which allows for funding of up to $5000 to support regional events.

“The assessment of this application has been underway up to this point,” Mr Cripps said.

“As these are public funds, it is vital that all applications go through an appropriate assessment process to ensure that they meet the criteria.

“Council aims to deliver outcomes on such applications within four weeks of receiving an application.”