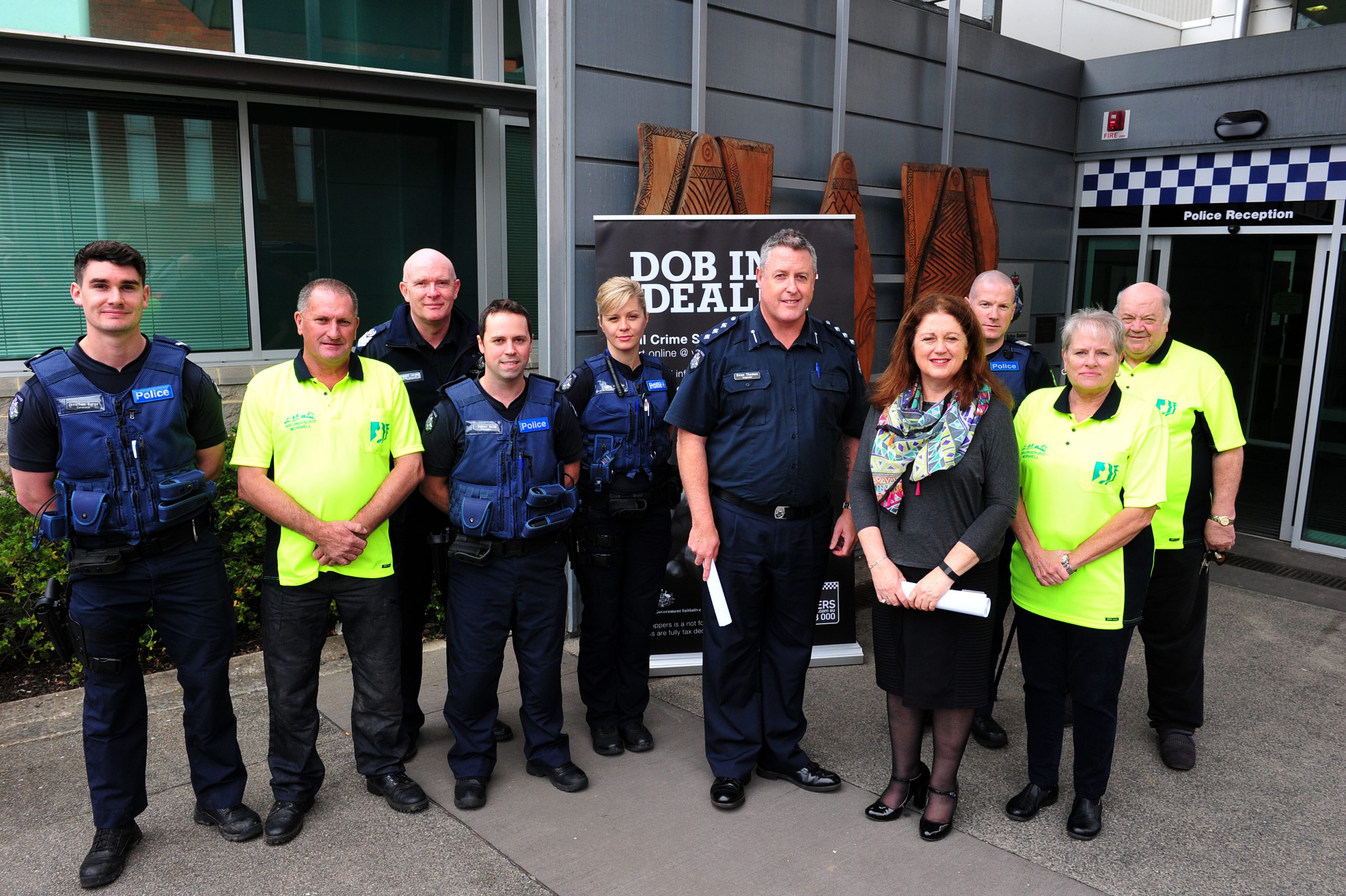 Latrobe Valley residents are encouraged to join the fight against illicit drug use by ‘dobbing in’ a dealer.

Crime Stoppers, with the support of local police officers, are calling on the general public to anonymously report suspicious illicit drug activity across the region.

The initiative focuses on the manufacturing, distributing and trafficking of crystal methylamphetamine and other prohibited drugs across neighbourhoods.

The campaign has proved successful in the past, with a previous stint in April 2015 contributing to a 262 per cent increase in drug-related information reports to Crime Stoppers from the Latrobe Valley.

“We must all work together to rid our communities of these dangerous substances and through Dob in a Dealer we hope to empower every member of the community to play a part in reducing the manufacture and supply of illicit drugs in their neighbourhoods by reporting what they know to Crime Stoppers,” Ms Rhodes said.

“Whether you’re from Traralgon, Moe, Morwell, Churchill or any of the other parts of the Latrobe Valley, this is about you coming forward, passing on information that you may have that could contribute to the reduction of illegal drugs throughout the Latrobe Valley,” Act Supt Thomas said.

“As recently as the weekend we executed four search warrants throughout the Latrobe Valley and confiscated in excess of 1000 cannabis plants… that information came to us by Crime Stoppers and members of the community, so we urge everyone within the Valley to get on board this campaign.”

Act Supt Thomas said possible signs of illicit drug activity included houses where the residents were rarely seen, visitors at odd times of the day or night, closed windows and curtains during the middle of the day, or strange odours coming from the property.

“If you know something, if you’ve seen something or heard something please pass that information on,” he said.

“It may be what you believe to be trivial or minor, but it could be the bit we need to add to that jigsaw puzzle.”

Those who may have information on the manufacturing, distributing and trafficking of unlawful drugs are asked to phone Crime Stoppers on 1800 333 000.

All information passed onto Crime Stoppers is treated as confidential, and callers are not required to give out personal details.

There is no caller ID or IP tracing.