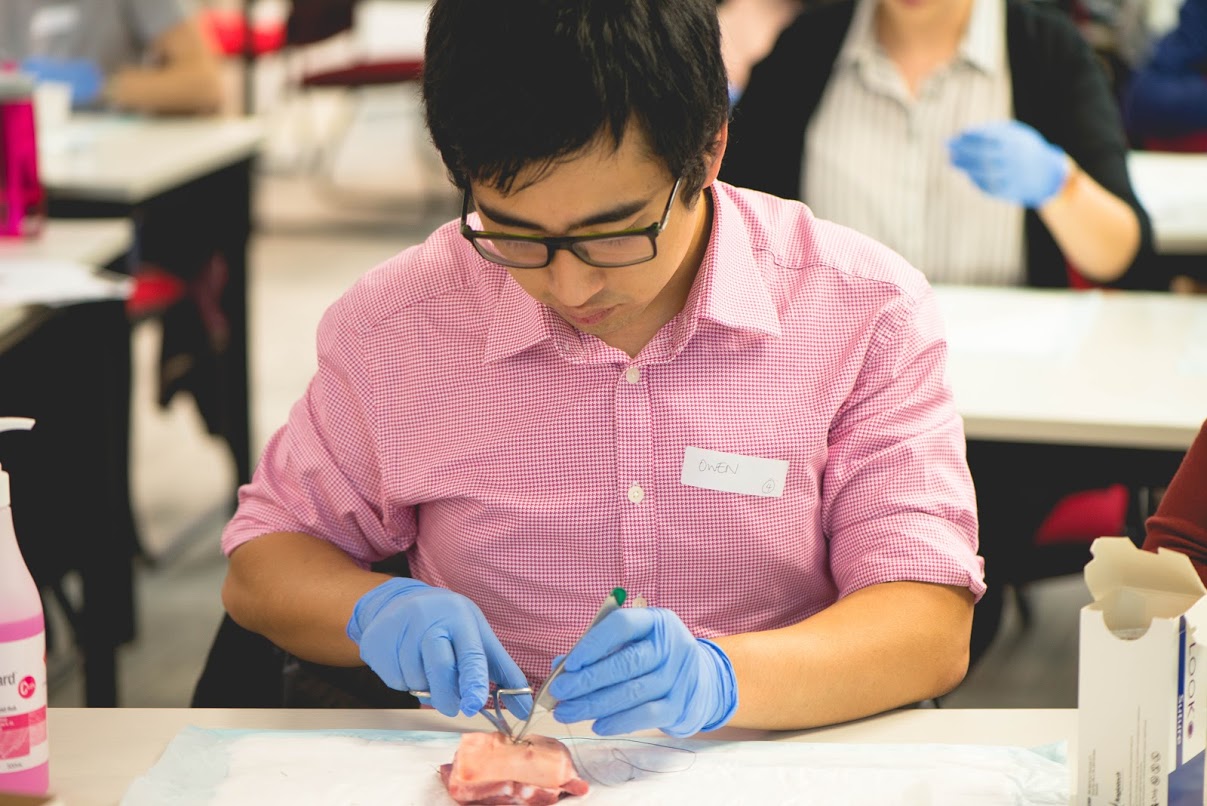 About 55 Monash medical students descended on Latrobe Regional Hospital recently to learn the basics of surgery from some of the region’s most experienced surgeons and specialists.

Though it was a cold and wet night, the students, who included first year graduate entry students studying at Monash Rural Health Churchill and year three students undertaking their rural placements with MRH Warragul and Traralgon, brought a healthy dose of enthusiasm with them.

The Gippsland Surgical Skills Workshop was a student-led initiative coordinated by the Monash University Surgical Interest Group, a committee of medical students formed eight years ago to promote the field of surgery to fellow Monash medical students.

While the workshops are held regularly in metropolitan locations this was the second of its kind to be hosted in Gippsland and the first at LRH, MUSIG Gippsland representative Michael Zhang said.

Mr Zhang said students were taught the basics of suturing during the workshop.

It was also an opportunity to experience laparoscopic simulation on a number of simulators, some loaned from the Royal Australian College of Surgeons in Melbourne and some local laparoscopic equipment purchased from a Better Teaching Better Learning grant, that proved to be the highlight of the night.

“The event’s success has led to plans for a more advanced workshop during semester two,” he said.

A contingent of MRH Latrobe Valley and West Gippsland staff also helped to facilitate the event.